Beaten at the U.S. Supreme Court, outflanked by state laws, pressured in Congress, and with antitrust clouds building on the horizon, the National Collegiate Athletic Association may find solace in the most unlikely of places: by collectively bargaining with its student athletes.

In doing so, the NCAA would have to throw out its strongest-held claim—that college athletes are students, not employees.

Sports lawyers including Jeffrey Kessler, the attorney who won an antitrust victory for college athletes before the Supreme Court in June, said the NCAA could be well served by exploring the exemption’s use, although that could be a stretch in some cases.

Legislation that would classify student athletes as employees and give them the right to unionize, proposed in June by Sen. (D-Conn.) and others, could boost the strategy’s prospects, Kessler said.

“The non-statutory aspect is interesting, but the issue is whether they should get behind the Murphy bill,” Kessler said. “If I were counseling them, I’d say, ‘Do the right thing,’ but the NCAA isn’t asking me for advice.” 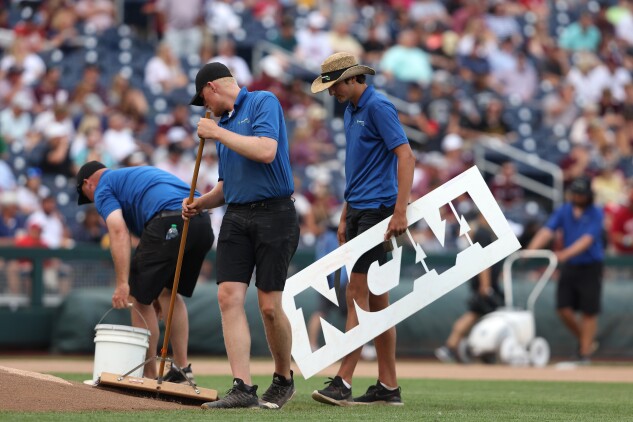 Federal antitrust lawsuits can be expensive, with damages tripled and attorney’s fees, if the plaintiff wins.

Applying the exemption would be a win-win scenario for colleges, their athletes, and the NCAA, said Marc Edelman, a law professor at Baruch College’s Zicklin School of Business. The NCAA may find that negotiating terms of employment with student athletes is preferable to continued legal scrutiny under antitrust, he said.

He cited as an example the National Football League’s per-team salary cap.

“Usually, when we hear about caps, we think about wage fixing. When we think about that, we think of classic antitrust conduct,” Edelman said. “If the teams had done that, it would be illegal. The reason it isn’t is because the cap was agreed upon by both teams and their unions in collective bargaining.”

Similarly, “If the college players formed a union, and then the colleges bargained with that union over compensation terms, the result of that agreement would be insulated if made in good faith,” he said.

The question of whether an NCAA member school’s choice to collectively bargain with unionized student athletes would confer any sort of antitrust immunity on the association or the college has never been put before a U.S. court, leaving the outcome, at best, speculative. And the association has resisted pressure to classify its revenue-generating student athletes as college employees.

Attorneys disagree on how the exemption could best be utilized and where it would fit into the complicated lattice of private and public colleges, divisions, conferences, and sports themselves. But they concur that the NCAA must find some way to deal with its growing antitrust scrutiny.

“It has become increasingly clear that as the NCAA’s conduct that restrains compensation is both subject to and in violation of antitrust law, it becomes more and more in colleges’ interest to not fight efforts by college athletes to unionize and to engage in good-faith collective bargaining negotiations with a bargaining unit of colleges and athletes,” Edelman said.

One of the biggest hurdles in using the exemption is the divide between private and public colleges, said Martin Edel, chair of the college sports law practice at Goulston & Storrs.

Unionization attempts at private colleges are governed by the National Labor Relations Board, which is expected to soon flip to Democratic control. But any attempts by athletes to form unions at public colleges depend on the laws of their state, which vary widely.

That means the path of the non-statutory exemption could be threatened, but there’s still a way through, said Sam Ehrlich, an assistant professor of legal studies at Boise State University.

Players could argue they’re joint employees of their college, conference, and the NCAA—which would circumvent state laws that block unionization because the NCAA is a private business and therefore under the purview of the NLRB. Players are attempting a version of this strategy in Johnson v. NCAA, arguing in Philadelphia federal court that college athletes are due compensation as employees of their schools and the NCAA.

When the Northwestern University football team attempted to unionize in 2014, players chose not to pursue this approach. While doing so wasn’t as necessary to their bid because Northwestern is a private school, their attorney, John Adam, cautioned against being too bullish on its broader success.

“Just getting the NLRB to recognize they’re university employees would have been huge,” said Adam, of Legghio & Israel P.C. “Bringing the NCAA in would have been another massive hurdle. The idea was to do it incrementally.”

Supreme Court Justice too mused about the concept, writing in his concurrence to the high court’s June ruling in NCAA v. Alston, that “colleges and student athletes could potentially engage in collective bargaining (or seek some other negotiated agreement) to provide student athletes a fairer share of the revenues that they generate for their colleges, akin to how professional football and basketball players have negotiated for a share of league revenues.”

The NCAA didn’t respond to an emailed request for comment. 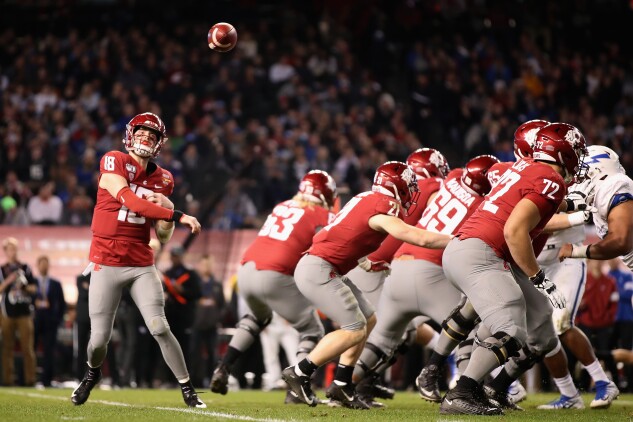 Unionizing would give athletes the ability to begin undoing years of exploitation, said Kaiya McCullough, a former UCLA soccer player and founding member of United College Athlete Advocates, an athlete-led attempt to build community and solidarity across sports, schools, and divisions.

McCullough and other UCAA founders said the lack of athletes’ voices in decisions that affect their lives and careers must be rectified, and that unions are a possible answer.

Despite recent advances in name, image, and likeness rights, UCAA founding member Kassidy Woods—now a football player for the University of Northern Colorado—said more must be done. He has an even more personal stake in athlete rights and the protections a union could provide.

Woods participated in a group of Pac-12 athletes who threatened to sit out last season if their demands weren’t met. The group wanted to confront racial injustice in college sports and to get better Covid-19 safety measures.

Woods, who has the sickle cell trait, told his then-coach at Washington State University that he wouldn’t participate for health and safety concerns. He later transferred from the school after participating in the boycotting group; he said he felt pressure to leave the team, although the university disputes his claim.

“I don’t want what happened to me happen to anyone else,” he said.

The NCAA has four antitrust shield options going forward, Ehrlich said: depend on Congress for an antitrust exemption, which is unlikely; hope the courts interpret the Alston decision as an antitrust exemption, which no reasonable reading would allow; let schools and individual states figure out the issue, which the chaos over name, image, and likeness legislation showed is fraught at best and which may not impart antitrust protections; or find a way to collectively bargain with athletes.

Not all experts agree, and assuming that an untried legal theory is the answer—rather than deliberate legislation—would be folly, said Alicia Jessop, academic director of Pepperdine University’s Institute of Entertainment, Media, Sports and Culture.

“It would be a cold day in hell before the NCAA wakes up and says, ‘We want college athletes to unionize,’” Jessop said.