The U.S. Capitol is pictured on March 11.
Photographer: Al Drago/Bloomberg via Getty Images

The escalating battle over Julie Su’s nomination to be deputy U.S. labor secretary is driven by the broader partisan disagreement over whether progressive workplace regulation and aggressive enforcement are helpful to a recovering economy.

The Senate labor panel will hold a confirmation hearing Tuesday morning for Su, who is secretary of labor and workforce development in California, arguably the most worker-friendly state in the nation when it comes to enforcing laws on wages, safety, discrimination, and other employment policies.

Su, a civil rights and employment attorney, has practiced in the nonprofit and public sectors, and earned acclaim for cracking down on law-breaking employers. Her zeal in defending workers has garnered widespread praise among unions and left-leaning organizations, helping to make her President ‘s choice for second-in-command at DOL. But her prowess has spurred fears among the business lobby that, if confirmed, she will import to Washington a philosophy that alienates employers at a department responsible for helping to boost economic recovery.

That has prompted conservatives and business leaders to try to sink her nomination by playing up problems her state agency has had in processing unemployment insurance claims over the last year—and by attempting to make some of the criticisms of California Gov. Gavin Newsom, a Democrat who has been attacked over his pandemic leadership, stick to Su. In turn, a coalition of Su’s backers in organized labor and other worker advocacy groups, called Unemployed Workers United, is mobilizing to defend her against a GOP blitz.

“Whatever it is anyone would try to criticize her about I think masks what’s really going on, which is that she is one of the most visionary, effective workers’ rights advocates of our lifetime and people are scared to have her as No. 2 at the Department of Labor—and with good cause, because she is going to continue to revolutionize the way we protect workers’ rights in this country,” said Judy Conti, government affairs director at the National Employment Law Project.

Su became a polarizing figure by operating a state agency that accused Uber and Lyft of improperly classifying drivers as independent contractors rather than employees who are owed wage protections. She also facilitated a state law that allows workers to bypass arbitration by suing their employer directly, and enacted a stringent emergency regulation to protect workers from Covid-19 infection. All are issues that are bubbling up to the federal level, to varying degrees.

The intensifying public controversy over Su’s record has focused on her oversight of a California agency that has paid out at least $11 billion in fraudulent unemployment insurance claims. When she testifies Tuesday, Republicans will be “fired up” to ask tough questions about whether her failure to prevent rampant unemployment fraud disqualifies her for a leadership post at an agency charged with overseeing the federal-state jobless benefits system, said a senior GOP aide to the Senate Committee on Health, Education, Labor, and Pensions.

And Republicans are primed to voice conservative criticisms that liberal stances on workplace laws and enforcement drive small companies out of business. Su’s past priority of targeting businesses for “wage theft” and her views on a range of California labor policies that are more worker-protective than those on the federal level, such as independent contractor misclassification, are also ripe for consideration Tuesday, the GOP aide said.

“Essentially it boils down to this: There is concern that she will take her Sacramento mentality and operate in that fashion in D.C.,” said Roger King, senior labor and employment counsel at the HR Policy Association, a trade group representing Fortune 500 companies. “The California mindset on regulation is not—even in this administration—where regulators should be. Further, her style and approach is diametrically opposed from what we understand to be her potential boss, Marty Walsh.”

The contrast with Walsh, the pragmatic, dealmaking Boston mayor, who awaits final Senate approval to serve as U.S. labor secretary, is evident in how the two nominees have been received by Republicans.

Walsh sailed through a confirmation hearing last month with minimal adversarial exchanges, and is expected to receive bipartisan support when he gets a confirmation vote. 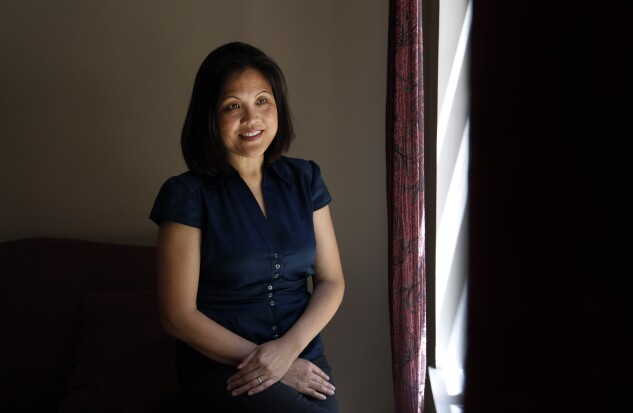 Critics contend that while Walsh has sought input from Boston’s business community, Su hasn’t been receptive to management perspectives during a decade in California government.

Before her promotion to labor secretary in 2019, Su spent eight years as the state’s top wage-hour official, spearheading an overhaul of the enforcement structure to uncover systemic wage abuses in low-paying, heavily-immigrant workforces, such as janitors, car washers, and garment employees. She also prioritized pay equity along racial and gender lines.

“She’s a little bit more cold than some employers would like,” said Scott Mallery, a labor and employment counsel at Seyfarth Shaw in Sacramento, who focuses on government affairs. “From a management employment attorney side, I think it’s more realistic to see her relationship with the employment community as strained.”

Mallery acknowledged Su is “whip smart” and “innovative,” but said businesses felt her agency’s enforcement tactics were “uneven” or “arbitrary,” when applied to certain industries versus others, though he declined to state specifics.

Su is ready to fend off attacks Tuesday by highlighting that she was raised by immigrant parents who owned a small business, an upbringing that gave her firsthand experience of employers’ struggles, said a source familiar with her preparation.

Some business representatives, such as the presidents of the Los Angeles Area Chamber of Commerce and the California Manufacturers and Technology Association, have sent letters to the HELP Committee urging senators to confirm Su.

“She is someone who builds bridges, listens, and understands how to find common ground,” leaders of the two business associations wrote, citing personal experiences in engaging with Su.

Democrats, who hold a tie-breaking vote in the divided Senate, will try to counter the GOP narrative by embracing her reputation as an ardent worker advocate in a state known for strengthened workplace protections.

“If we are going to build an economy that works for all working families, we need someone serving as Deputy Secretary of Labor who will fight for them. That someone is Julie Su,” HELP Committee Chairwoman Patty Murray (D-Wash.) will say at the hearing, according to an advanced copy of her remarks.

“Julie Su’s experience leading one of the largest state labor departments in the nation, her decades-long commitment to fighting for workers’ rights—and her personal story as the multilingual daughter of Chinese immigrants—have given her the experience, background, and values to be a successful Deputy Secretary of Labor.”

But the same reasons Democrats back her are interpreted on the right as hostility to employers—setting up a narrow path to confirmation that may require support from all 50 Democrats to confirm her.

Tom Manzo, head of the California Business and Industrial Alliance, an organization that has purchased ads urging senators to oppose Su’s nomination, said other state business groups supporting her “are way more concerned with access than with results.”

Manzo contends Su’s approach to the workplace, grounded in support from “Big Labor,” isn’t appropriate for the federal government.

“There are some bad actors, and I’ve never said that the bad actors should not be punished, but there’s a lot of people that have been on her list—she was putting out a press release on companies and the names of the owners of the companies, accusing them of being wage thieves,” he said.

“I’ve talked to some of the people that she’s accused, and there’s always other sides to a lot of these stories.”