Kalpana Kotagal, President Biden's nominee to be a member of the EEOC, listens during a Senate committee hearing in Washington, D.C., on May 10, 2022.
Photographer: Sarah Silbiger/Bloomberg

It’s not Kalpana Kotagal’s track record that could derail her nomination to the EEOC, but rather concern over what the workplace civil rights agency could do with Democrats in charge, those who oppose her nomination are saying.

High-profile business groups—including the influential West Virginia Chamber of Commerce—have spoken out against her nomination, saying she has the “potential to impede economic growth and opportunity” and has spearheaded “expensive, frivolous litigation.” It’s still unclear whether that will be enough to convince Sen. (D-W.Va.) and other moderate Democrats to vote against her. The West Virginia senator’s office declined to comment for this article, and Sen. (D-Ariz.) didn’t respond to multiple requests for comment.

Unknowns aside, the sources of the lobbying against her nomination to the US Equal Employment Opportunity Commission aren’t in management attorney circles—unlike the case of failed Labor Department nominee David Weil—but rather conservative groups targeting left-leaning nominees.

Former Republican EEOC Commissioner Victoria Lipnic said Kotagal is “highly regarded,” even with groups that typically would oppose a more liberal agency agenda. “It’s always more of who controls the voting majority that makes a big difference,” she said.

“You can disagree with her positions, but I think her qualifications are sterling. This is not an unqualified nominee—quite the opposite—but she does have some policy positions that some of the senators expressed some concern with,” said Jim Paretti, a shareholder at Littler Mendelson P.C. and former EEOC staffer. “But it would be naïve to not say that at least part of it is that this is a seat that would shift the balance of the commission.”

For industry groups, policy is paramount. They’re “quite concerned about the future direction” of a Democrat-led EEOC, particularly as it relates to collecting employer pay data, commission control over agency litigation, and the long-awaited wellness program regulations, said Roger King, senior labor and employment counsel for the HR Policy Association, an employer group. 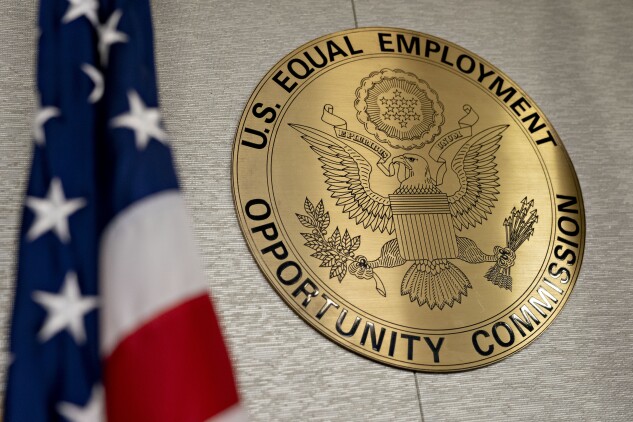 President Joe Biden nominated Kotagal to serve on the five-person panel in April, and the Senate Health, Education, Labor and Pensions Committee deadlocked on her nomination with a party-line vote in May.

The agency has a 3-2 Republican majority, even with a Democratic chair. If confirmed, Kotagal would replace Republican Commissioner whose term expired in July. Dhillon is still in office under a holdover provision that allows her to keep her seat until December if a successor isn’t confirmed.

Paretti also highlighted that this particular seat is flipping from red to blue—another point of contention. If that hadn’t been the case, he said, there may have been more of a willingness to let the nomination advance.

The EEOC is made up of five commissioners, with the chair and vice chair meant to be of the majority party. When a president takes office they’re immediately able to appoint a commissioner of their party as chair.

Opposition primarily stems from conservative groups like the American Accountability Foundation, which has gone as far as setting up a website highlighting reasons to vote against Kotagal. The group is known for targeting many Biden nominees, so the disapproval isn’t necessarily personal.

Tom Jones, the foundation’s founder, said by email that Kotagal would bring her “radical ideology” to the agency and “be the deciding vote to help the Commission make a massive lurch to the Left.”

“Someone so divisive on such important issues would be disastrous for American businesses,” Jones said.

Like many White House nominees, the vote likely hinges on only a few lawmakers. A Senate Republican aide told Bloomberg Law that GOP defections aren’t expected. That leaves lawmakers who have track records of crossing the aisle in question. Manchin broke with his party to vote against Wage and Hour Division nominee Weil, joined by Senate Democrats from Arizona Sinema and Mark Kelly.

The Republican aide echoed industry group concerns, saying the opposition is primarily in response to what the EEOC is doing currently, or wants to do with Democrats at the helm.

If confirmed, Kotagal would allow EEOC Chair Charlotte Burrows to move forward with certain progressive priorities that are unpopular with employers, such as collecting employer pay data and delegating some of its litigation power back to the general counsel.

A National Academies of Sciences, Engineering, and Medicine study released last week with recommendations for the agency to pursue collecting employer pay data annually in the future. The EEOC now will have to decide how to move forward because reinstating the collection would require a commission vote, though Republicans on the panel have been vocal in their opposition to requirements they believe would overburden employers.

During her confirmation hearing in May, Kotagal faced questions about her career as a civil rights litigator, and ultimately, a party-line vote stranded her in committee.

Republican lawmakers and some employer-side attorneys fear she may contribute to a more heavy-handed approach to the commission’s litigation program.

“Generally, I would expect the EEOC to be more willing to litigate than it has in the past few years,” said Robin E. Shea, a partner at Constangy, Brooks, Smith & Prophete LLP.

(Updated with comment from American Accountability Foundation in 12th and 13th paragraphs.)