Customers keep popping into the New York City dry-cleaning shop where Rolando Matute works to say how happy they are to see it open again. He’s not so sure.

“I don’t really feel safe,” he said on Tuesday, his third day back at MCMB Cleaners in Harlem. “I’m dealing with a lot of clothes, a lot of credit cards and a lot of customers, but I feel like I have to because I have a family. Someone has to work.”

Americans locked at home for more than two months seem resigned to participating in a coronavirus experiment that begins in earnest this Memorial Day weekend, with all 50 states open at least in part. People are filling resorts, casting aside masks at the mall and weighing the dangers of a meal out. That freedom could revive an economy that has seen almost 39 million people file for unemployment over the past nine weeks, more than during the whole of the Great Recession.

However, many workers are anxious about returning during a pandemic in which cases have leveled off in many areas, but haven’t dropped as dramatically as many health experts would have liked.

Matute has moved into his basement in the Bronx out of fear of bringing the virus home to his wife, two daughters and asthmatic mother. His wife leaves his dinner on the back patio every night, alongside the food bowls for their two cats. His 3-year-old waves as he retrieves it. 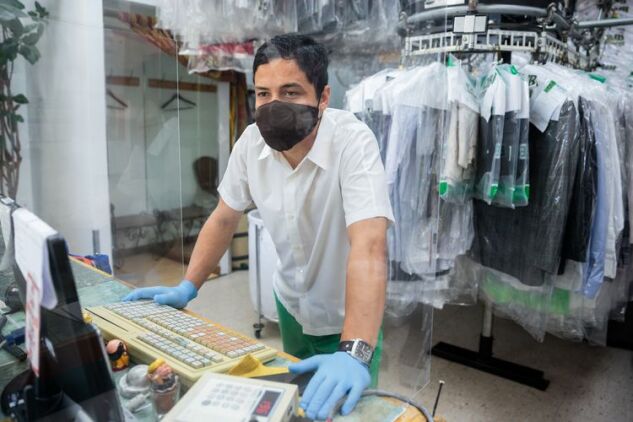 Almost 94,000 Americans have already died from Covid-19 and another 50,000 might by August — if states don’t deviate from their announced plans to ease social distancing, according to the University of Washington’s Institute for Health Metrics and Evaluation.

Without a coherent national strategy, Americans are confronting that grim prospect in different ways. People in hard-hit New York are cautiously stepping out and testing new social norms. In freewheeling Florida, hotel bookings in the Gulf Coast playground of Destin were down only 22% in the week ended May 16 compared with the same week last year, according to hospitality researcher STR. In early April, they were down 84%.

Fresh flare-ups of disease “will test our social fabric and bring these differences into relief,” said Ayman Fanous, chair of psychiatry at Brooklyn’s SUNY Downstate Health Sciences University. “Conflict is inevitable as people are just going to reach breaking point.”

Americans’ division over how to cope with the virus was starkly sketched this week in interviews around the nation:

If you don’t want to wear a mask, don’t even think about entering J’s Breakfast Club in Gary, Indiana. Joslyn Kelly is a stickler for Covid-19 safety rules.

Kelly ended takeout service at her soul-food restaurant early in the lock-down after customers failed to follow social-distancing measures. She lost a month of revenue before she resumed May 1, and business has been brisk enough that she put up a sign asking customers to be patient.

Kelly admits only a limited number of people, and only if they’re wearing a mask. Those who aren’t can pay $2 for one, or they can order curb-side delivery from their cars. Restaurants in Lake County were allowed to start reopening for dine-in service from May 18, but Kelly plans to wait another two weeks to take that step.

“We don’t need to be first in all this,” she said.

Other proprietors have eagerly welcomed all patrons desperately fleeing their homes. “They were so excited to be out at a restaurant and out in the world doing things,” said Christy Hackinson, who owns The Alley on Main restaurant in Murfreesboro, Tennessee. “Mainly what we heard from people was: Thank you so much for being open, for giving us a place to go.”

The piecemeal approach that the U.S. and various states have taken has angered many business owners, who yearn for safety guidance.

In North Myrtle Beach, South Carolina, Amy Howie was livid at not being allowed to reopen her Papillon Salon even as salons in Georgia snipped and curled — and South Carolina reopened its beaches. But when the governor opened salons May 18 she was “shocked” that the state issued only voluntary guidelines. Among them, staff “should strongly consider” wearing a face mask. Howie’s going further and taking people’s temperature at the door.

“We have not been given any orders,” she said. 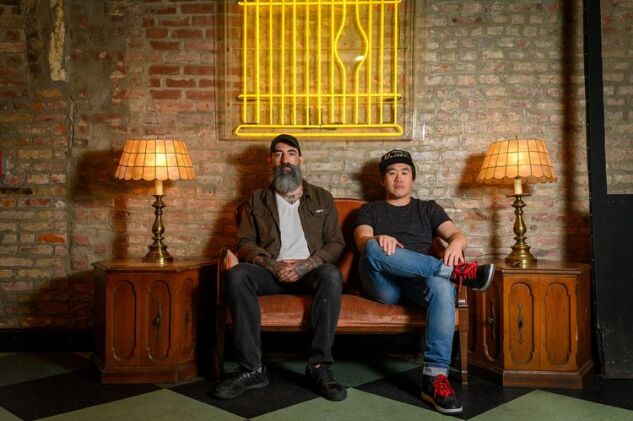 In Jersey City, New Jersey, the manager of the Pet Shop vegetarian restaurant and bar wants better instructions from health officials. How are masked patrons supposed to drink and dine? How do bartenders mix drinks and also clear used — and potentially virus-tainted — glassware?

“We would have to change gloves between every customer,” said 37-year-old Jesse Madry. “That’s a lot of gloves and a lot of time, and I don’t know whether you’ve ever been in a bar, but people aren’t too keen on waiting for drinks.”

Since then, sales at University Pickers and Redbird Boutique and Gifts are up over pre-Covid days by as much as 20%, Gleason said. Employees are wearing face masks, even if many customers aren’t.

“It’s just interesting to see how some people are over it and ready to get back to life, and luckily some of the states are allowing us to do just that,” she said. “The mask-wearing is how we were gauging people’s comfort. When we first opened up, 90% of people who came into the store had masks on. Now it’s less than 25%.”

In fact, Alabamians appear to be embracing reopening as much as anyone, by some measures. Restaurants are seating 70% fewer dine-in customers than they were a year ago, according to the OpenTable booking service. However, compare that with the 100% decline a few weeks ago. Only Oklahoma and South Carolina have recaptured more dine-in business among 37 states and Washington, D.C., according to the company. 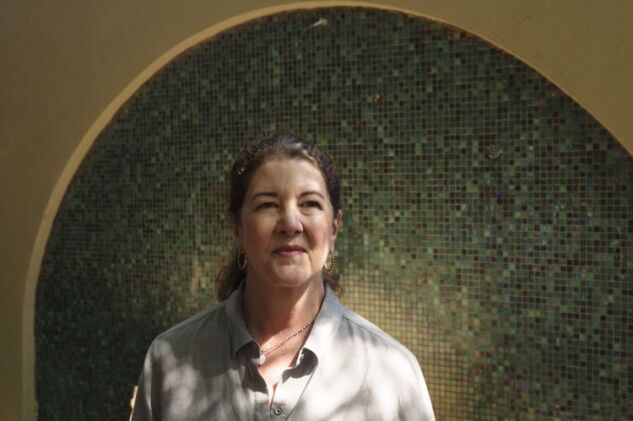 Tracy Vaught at Hugo’s in Houston, on May 20,.
Photographer: Allison Hess/Bloomberg

Several hundred miles west, Tracy Vaught worries about how to enforce social distancing and mask-wearing at her four Houston-area restaurants.

That’s one reason she’s reopened only two for dine-in service: Hugo’s, a Mexican spot named after her husband, and an American bistro called Backstreet Café. She’s equipping employees with masks, gloves and sanitation stations and has trained them on distancing. All employees will have to test negative for the virus. She’s also placing masks at the entrance for patrons and asking them to wear them while walking to their tables or to the restroom.

So far, everyone’s complying. This being Texas, though, someone’s bound to object, and she’s decided not to make a fuss.

“The wild card is our guests,” Vaught said. “We can control how we do things and what our expectations of each other are. But, it’s the general public that you can’t coach.”

In Davis, California, Erin Arnold feels likes she’s doing five times the work for a quarter of the revenue at the Avid Reader.

She and her husband, a lawyer, bought the 30-year-old bookstore in February and watched sales nosedive with California’s shut-down. Sales are 25% of what they were before the virus hit, despite surging online orders. The couple also owns Avid and Co. toy store down the street. It has fared better in part because quarantined people are devouring puzzles.

“Puzzles were bananas,” Arnold said. “I started early on putting in massive orders for puzzles.”

Now, as Governor Gavin Newsom loosens rules that have kept Californians from suffering infections like residents of New York, New Orleans and other hot spots, her mother is cleaning the bookstore’s basement.

“There’s a lot of hopefulness,” she said. “I mean, you don’t clean the basement if you don’t think you’re going to stay open.”

To contact the authors of this story:
in Atlanta at msasso9@bloomberg.net

in New York at ocarville1@bloomberg.net