Julie Su, the nominee for deputy U.S. labor secretary, sought to win Senate approval by highlighting her career-long dedication to addressing the struggles of low-wage workers—an argument made during a confirmation hearing Tuesday that was dominated by Republican attacks on her record.

Su, the secretary of California’s Labor and Workforce Development Agency, introduced herself to the Senate labor panel by discussing her advocacy for vulnerable, immigrant workers—one of the demographics that’s been hardest hit by the pandemic. But she spent a significant portion of the hearing’s question-and-answer phase defending steps she took as California’s top workforce regulator to respond to the unprecedented surge in unemployment insurance claims this past year.

Democratic senators, who hold a single-vote majority in the chamber, were supportive of her progressive approach to enforcing workplace standards. They called out her accomplishments on pay equity, job training, cracking down on wage violations, and ensuring workers are protected against Covid-19. Democrats expect her policy pedigree to translate into more robust worker-protective actions by the U.S. Labor Department, if she’s confirmed to be second-in-command.

But some Republicans on the Senate Health, Education, Labor and Pensions Committee made clear that they’re unlikely to help her win confirmation, so it’s possible that all 50 Democratic senators will need to support her. Multiple Republicans on the panel—including the centrist of Maine—skewered Su over her handling of unemployment insurance fraud, foreshadowing a potential bid to defeat her nomination in coming weeks.

Su rarely backpedaled in her responses to Republicans and tried to avoid drawn-out clashes by offering detailed explanations of what went wrong in her state and how she’d aim to provide a fix at the federal level. The lack of fireworks may portend an uphill climb for her opponents—including several business groups—as they try to find at least one Democrat willing to break ranks. 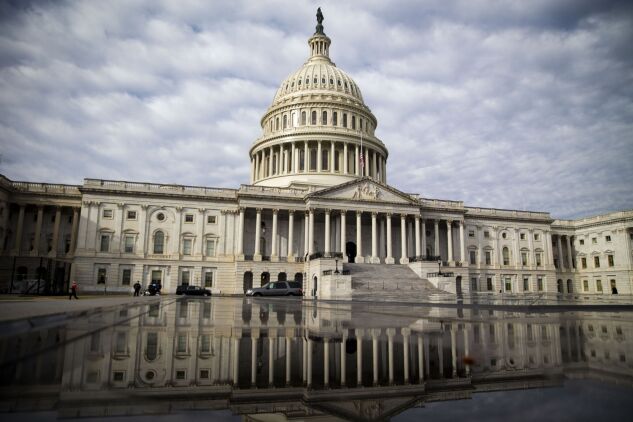 Republicans’ efforts to press Su on California’s problems in processing fraudulent claims for jobless benefits were a stark contrast to the amicable treatment they gave her potential future boss, labor secretary nominee Marty Walsh, during his confirmation hearing last month.

Su had previously conceded that a state subagency under her watch paid out $11 billion in fraudulent benefits claims, with another $20 billion tabbed for review as suspicious.

“These are operational failures of extreme proportion,” Sen. (R-N.C.), the committee’s top Republican, said during his opening remarks, before Su addressed the panel. “Please help this committee understand why that is an experience the Senate should reward with a promotion.”

Su later replied to Burr: “I will certainly prioritize the continued fight against fraud. The president called our nation’s battle against Covid the need to be on war footing. I would say that the battle against the criminal enterprises that have relentlessly attacked our pandemic-related benefits system is one front in that fight.”

Assisting states with unemployment insurance processing is one of many areas in which Democrats and the White House are counting on her experience to help shape the DOL’s role in an economic recovery.

“As we’ve seen during the pandemic, too many workers have to choose between their safety and their livelihoods. At the same time, I learned that working people, when given a chance to organize, to be heard, not only make things better for themselves but bring the hope of such opportunity to those around them,” Su said in her opening statement Tuesday.

“If confirmed, I will bring these lessons and experiences to my role as we collectively continue to navigate these trying times,” she added.

Murray rattled off Su’s accomplishments in California during the pandemic, including how her agency expanded access to benefits for workers who aren’t traditionally eligible.

“As California’s Secretary of Labor, Julie Su has implemented increases to the state minimum wage, created good-paying, high-quality jobs, expanded access to benefits for gig workers and workers who are paid low wages, and protected essential workers who are bearing the brunt of this pandemic—including by establishing and enforcing mandatory emergency Covid workplace safety standards,” Murray said.

In response to a question from Murray, Su said unemployment claims swamped California early in the pandemic, with the state fielding one in five of all jobless aid claims nationwide. She said the state was working with outdated technology that made its processing system fragile and inflexible.

She noted that states across the country had similar problems, and advocated for long-term fixes to prepare for future crises.

“Each claim represented somebody who suddenly had the ground fall out from under them,” she said, adding that “the magnitude of the suffering cannot be overstated.”

Collins, who has supported many of President other nominees, asked Su about steps she took that may have facilitated more rampant criminal fraud in the unemployment system.

“You also directed the agency to temporarily stop collecting eligibility certifications from claimants,” Collins said, adding that the moves were questioned by a state audit. “Why did you jeopardize the integrity of the system?” she asked, repeating the auditor’s conclusion.

Su replied that the pandemic hit amid a 50-year low in nationwide unemployment insurance funding. She attributed the vast majority of the fraud in her state—a number she later pegged at 95% of total fraud experienced in California—to a new federally expanded program that extended benefits to independent contractors and others who hadn’t previously been eligible for jobless aid.

Addressing bogus claims in the future will “require all hands on deck” and cooperation between the federal government and states, Su said, adding that she’d bring to DOL first-hand experience fighting the problem.

“I will follow up on these issues because I still don’t think I got an answer to my question about your suspending the requirements,” Collins interjected.

Sen. (D-Va.) said later that, as the U.S. emerges from the pandemic, Congress must answer questions about whether PUA will work long-term and whether checks to root out fraud must be addressed differently than in the processing of traditional jobless aid—not to mention, how to pay for it all.

“There’s probably forward-looking reforms that we have to make,” he said.

Aside from unemployment insurance, Su was asked for her opinions on DOL’s ongoing consideration of an emergency temporary standard to protect workers from on-the-job Covid-19 infection, and on misclassification of independent contractors. She declined to make specific policy commitments.

“I think we need to give employers the tools and clear guidance in order to protect workers,” Su said about occupational safety during the pandemic.