The Department of Homeland Security is developing a new enforcement strategy geared toward protecting undocumented workers from deportation when they assert rights under federal law by reporting employers for labor and employment violations.

In the past, DHS agencies such as U.S. Immigration and Customs Enforcement have pledged to avoid policing worksites for immigration records while the U.S. Labor Department or other labor-focused agencies investigate an employer, but workers fearful of deportation are frequently unwilling to participate.

DHS Secretary , in a memo to agency leaders Tuesday, mapped out a policy change that, if finalized, could create the first systematic protections for undocumented workers in exchange for their cooperation with labor investigators.

Mayorkas gave agency leaders within DHS 60 days to develop procedures to implement the enforcement strategy, a shift for a department that traditionally deploys resources to apprehend undocumented workers at job sites.

The new policies being planned should provide “consideration” of deferred action or other forms of deportation relief, at least through the duration of a worker’s participation in investigations and lawsuits brought by federal labor agencies, according to Mayorkas’ memo, a copy of which was shared with Bloomberg Law.

His memo included a request for policies to allay noncitizen workers’ fear of employer retaliation and deportation by DHS when they assert their federal workplace rights by complaining about employer abuses. Federal law provides on-the-job protections regardless of a worker’s immigration status, including minimum wages, overtime pay, occupational safety standards, a right to union organizing, and defenses against discrimination.

Depending on how DHS agencies implement the directive, the new enforcement strategy could give critical new leverage to federal labor investigators in efforts to collect the evidence needed to prosecute companies for violations of labor and employment law. 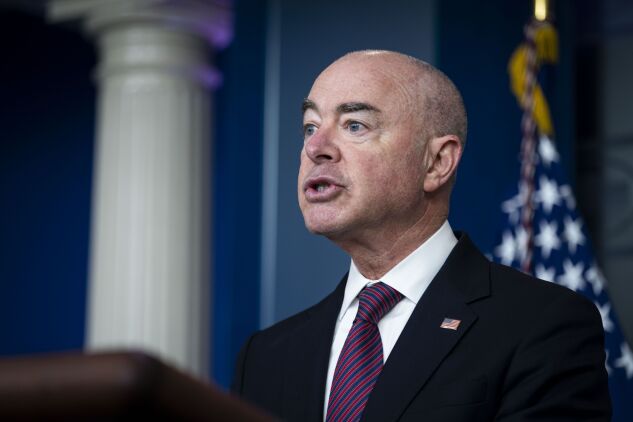 Persuading undocumented workers to cooperate with investigations has proven a hindrance for DOL and other labor agencies, particularly after the Trump administration emphasized DHS border patrol and immigration agents cracking down on undocumented workers.

Mayorkas further departed from his predecessors’ philosophy Tuesday by banning DHS from conducting mass worksite raids, which previously were conducted to seize hundreds of undocumented workers at a time—and usually created headlines in the process.

These raids “misallocated enforcement resources and chilled worker cooperation in workplace standards investigations,” the memo said, adding that the focus should be on going after unscrupulous employers to undercut demand for illegal labor.

Mayorkas called for staff to immediately start responding to Labor Department requests “on a case-by-case basis” by considering whether it’s appropriate to grant prosecutorial lenience to undocumented workers.

“We will not tolerate unscrupulous employers who exploit unauthorized workers, conduct illegal activities, or impose unsafe working conditions,” Mayorkas said in an accompanying statement. “By adopting policies that focus on the most unscrupulous employers, we will protect workers as well as legitimate American businesses.”

The enforcement directive comes as Mayorkas and President have faced Republicans’ criticism over the volume of migrants seeking to enter the U.S. via the southern border, as well as backlash from progressives over decisions to expel migrant families, such as the recent influx of Haitian refugees, by relying on a Trump-era public health order.

Advocates for immigrants and workers’ rights have been pushing for DHS to treat undocumented workers more humanely, as efforts to enact comprehensive reforms of immigration law have floundered in Congress.

Among the policies Mayorkas wants his staff to consider updating is a 2011 agreement between DHS and the Labor Department that prohibited Immigration and Customs Enforcement from interfering in DOL worksite investigations.