A federal lawsuit in Pennsylvania that seeks to win collegiate athletes the right to compensation as employees is one of the first to consider the U.S. Supreme Court’s recent decision against the NCAA’s limits on education-related benefits for sports stars.

“I would like to think the decision is beneficial to our case, but don’t want to assume that challenges will succeed,” McDonald, of P L McDonald Law LLC, said. “I think it does mean the athletes get a fair shot, their day in court.”

The Supreme Court in Alston rejected the NCAA’s bid for broad antitrust immunity, granting current and former collegiate athletes a partial victory by permitting them to be compensated with education-related benefits like computers, internships, and academic achievement awards.

A concurrence from Justice opened the door to further challenges by arguing the NCAA and member schools are blocking pay for student athletes whose skills are key to the multi-billion dollar collegiate sports industry.

The decision added momentum to the larger debate over compensation rights for collegiate athletes. The NCAA responded last week by issuing a stopgap policy to allow athletes to earn money from use of their name, image, or likeness—a last-ditch effort as a series of so-called name-image-likeness laws took effect in multiple states July 1.

While the Alston decision on its own doesn’t mean pay-for-play is suddenly on the table, McDonald and other lawyers for the student-athlete plaintiffs in the case contend it stripped away the main defense the NCAA used to convince courts in past FLSA litigation not to implement tests to determine whether collegiate athletes are in fact employees.

“Alston will make sure that our case, or any other—whether it fails or succeeds—will be based on the facts,” McDonald said. “The most important aspect of Alston at 30,000 feet is that it really reaffirms that the NCAA’s rules aren’t law. They’re just an organization saying, ‘This is how we want to characterize the people who work for us.’”

Building on Past Lawsuits

The current and former student athletes in the Pennsylvania case, led by former Villanova University football player Ralph “Trey” Johnson, are suing the NCAA and 25 universities, including Princeton and Penn State. They contend they are employees under the FLSA and state law and are due the rights and protections afforded to employees, including minimum wages and overtime pay.

“Student Athletes—engaged in athletic work that is unrelated to academics; supervised by full-time, well-paid coaching and training staff; and integral to the billion dollar Big Business of NCAA sports—are student employees as much as, and arguably more than, fellow students employed in Work Study programs,” their complaint said. 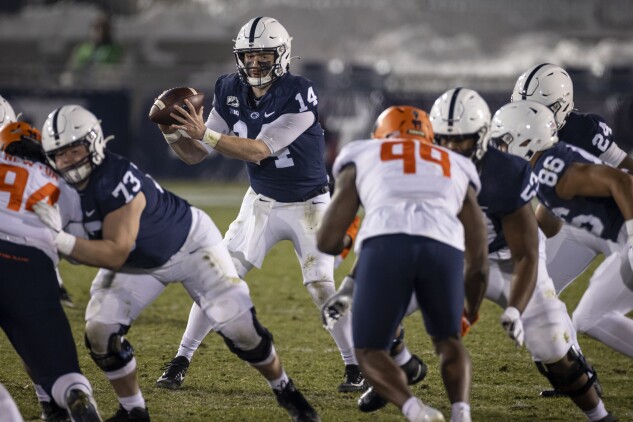 It is at least the fourth case in recent years in which student athletes have cited the FLSA in challenging the NCAA’s argument that student athletes must work for free due to the tradition of amateurism that defines the “economic reality” of collegiate sports.

That defense is tied to the U.S. Court of Appeals for the Seventh Circuit’s 1992 decision in Vanskike v. Peters, which ruled that federal inmates aren’t entitled to minimum wages for prison labor. The 13th Amendment banned slavery, but it exempted those convicted of crimes. In previous cases, the NCAA has used the exception to get cases dismissed before the court could apply employment tests, Johnson’s attorneys said.

The nonprofit argues that because players are defined by the context they play in—the economic reality of amateurism—their circumstances preclude the need for employment tests.

“With the variety of state laws adopted across the country, we will continue to work with Congress to develop a solution that will provide clarity on a national level,” NCAA president Mark Emmert said in a July 1 press release about the name-image-likeness rule change. “The current environment—both legal and legislative—prevents us from providing a more permanent solution and the level of detail student-athletes deserve.”

The memorandum Johnson’s lawyers plan to file will argue that the NCAA’s defense in Johnson is analogous to its approach in Alston, said plaintiffs’ attorney Michael Willemin. That means the high court’s decision invalidates the NCAA’s claims that amateurism is a shield, he said, and that the athletes’ lawsuit should survive the current motion to dismiss and instead proceed to discovery.

“Maybe the test comes out in the NCAA’s favor, maybe in the plaintiffs’, but you can’t just not do the law because they are amateurs,” Willemin, a partner at Wigdor LLP, added.

A decision in favor of Johnson and his fellow student athletes would be the “fastest route to destroying the concept of amateurism,” said Angela de Cespedes, a sports lawyer with Saul Ewing Arnstein & Lehr LLP. She questioned whether such an outcome could hold up on appeal, however. 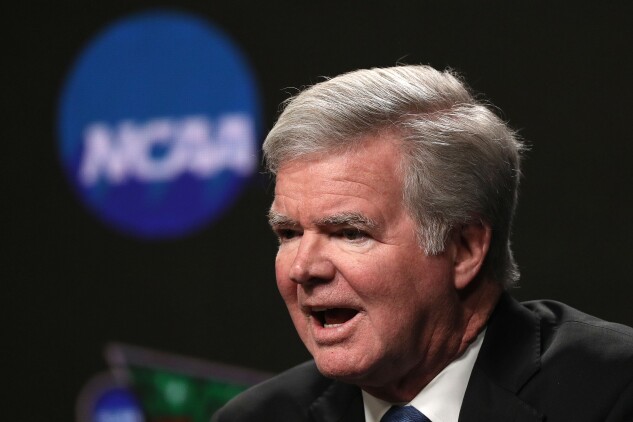 Victory for the plaintiffs wouldn’t mean simply monetary compensation, said Rutgers University labor professor Rebecca Givan. It could lead to other employee rights, such as the right to form unions.

“The intermediate question here is, ‘How many advances and rights can these athletes gain short of a clear-cut ruling that they are employees?’” Givan said.

The Supreme Court’s decision didn’t address those questions, Givan said, but Justice Kavanaugh’s concurrence seemed to argue that athletes are in fact workers.

The stakes in the Johnson case are more nuanced than what the Supreme Court had to consider in Alston, de Cespedes said. But the theme is the same: Students generate enormous revenue but are barred from sharing in the profits.

“I don’t think the Supreme Court came out against amateurism,” de Cespedes said. “They said we can do both—preserve and compensate. They rejected the notion that amateurism is the be-all, end-all argument to justify everything.”

Classifying student athletes as employees is a slippery slope and could lead to complex questions over compensation for high school players and those on the college level who aren’t in Division I, she said.

A major shift toward employee status could even be interpreted as extending to any activity a student participates in that may be plausibly argued as generating revenue for a university—an approach with no hard limits, she added.

“It is highly improbable that any activity independently run by students (e.g., student organizations) or by staff not expressly hired for the sole purpose of conducting the business of sports” would pass an employment test, McDonald wrote in an email. The slippery slope isn’t as much of an issue as it might seem, as the clear criteria set by employment tests would preclude any confusion, he said.