President signaled that he’s open to a piecemeal approach to immigration, calling on Congress to immediately pass measures where there’s bipartisan support even as he pressed them to adopt his sweeping overhaul.

The president urged lawmakers to help bring an “end to our exhausting war on immigration,” saying that if they won’t pass his comprehensive bill, they should at least approve pieces of it “this year.” Those include a citizenship path for immigrants brought illegally to the U.S. as children, farm workers and those with temporary protected status. 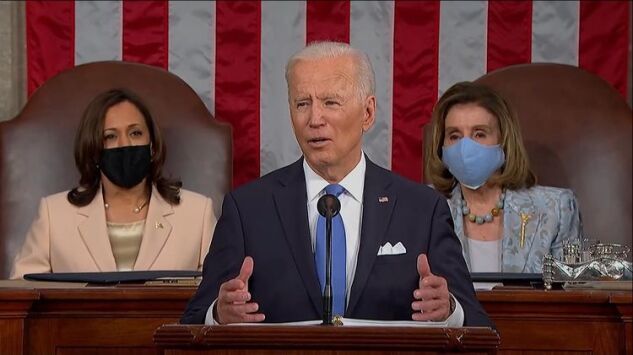 WATCH: President Joe Biden talks about immigration reform in the U.S. He speaks during a joint session of Congress in Washington, D.C.
(Source: Bloomberg)

“If you actually want to solve the problem -- I have sent a bill to you, take a close look at it,” Biden said Wednesday during his first address to a joint session of Congress. “Now look, if you don’t like my plan, let’s at least pass what we all agree on.”

The president’s comments come amid a historic influx of migrants at the U.S. southern border that has overwhelmed government facilities and shelters. Biden is pushing to undo former President ’s hard-line policies, but Republicans have blamed the surge of migrants on Biden’s more welcoming rhetoric, a claim the president rejects.

Biden attributed the spike in part to Trump’s decision to roll back U.S. assistance to Central America that he had helped oversee as ’s vice president.

“The plan was working, but the last administration decided it was not worth it,” Biden said. “I’m restoring the program.”

At the same time, Biden has come under fire from Democrats over his reversals on whether to lift the cap on the number of refugees allowed into the country this year. Some Democrats from border states, however, have called on Biden take more aggressive security measures to curb migration and voiced dissatisfaction with his address.

“While I share President Biden’s urgency in fixing our broken immigration system, what I didn’t hear tonight was a plan to address the immediate crisis at the border,” said Senator , a freshman Democrat from Arizona. 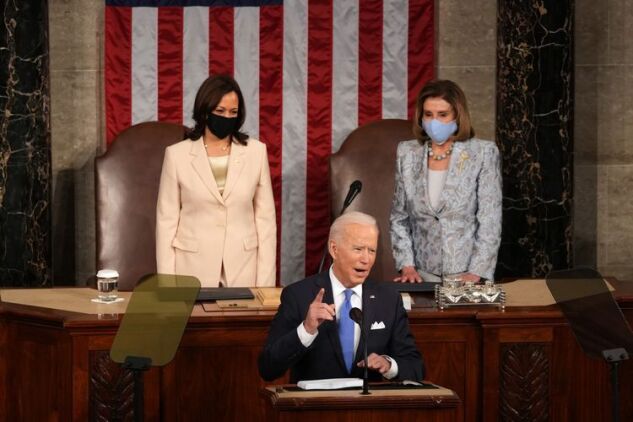 Biden fulfilled his campaign promise to send an immigration proposal to Congress on his first day in office, but Covid-19 relief legislation and his infrastructure plan have taken priority. That has left immigrant-rights activists pushing the president and Congress to act more quickly.

Early Thursday, Trump said Biden failed to recognize the situation at the southern U.S. border because “tens of thousands of people pouring into our country, many of them criminals.”

He also criticized the tax increases that Biden proposed to pay for his ambitious plans.

“That’s going to drive all of these companies and all of these jobs out of the United States,” Trump said in an interview on Fox Business channel. “It’s a disaster.”

Biden’s immigration legislation would allow the 11 million undocumented immigrants in the U.S. to eventually apply for citizenship, while funding border-security technology and expanding legal immigration. The proposal, which would require 60 votes to pass the Senate, faced long odds in the closely divided Congress even before the political and humanitarian crisis at the border.

Some Democratic lawmakers have pinned their hopes on slimmed-down legislation that would offer a citizenship path to immigrants, known as Dreamers, who arrived illegally in the country as children as well as farm workers. The House passed a pair of bills for Dreamers and farm workers last month that garnered Republican votes.

“Immigrants have done so much for America during this pandemic and throughout our history,” Biden said, citing agricultural workers “who put food on our table” even at risk of their personal health.

A coalition of immigrant-rights groups announced earlier Wednesday the start of a $50 million campaign intended to pressure Congress to pass legislation that would allow undocumented immigrants to apply for citizenship.