sought to overturn the results of an historic union election victory in New York, saying a labor board violated its rules in such a way that it implied a government endorsement of upstart labor group.

In a filing to the National Labor Relations Board on Friday, the Seattle-based company said the agency repeatedly “failed to protect the integrity and neutrality of its procedures” by turning away voters and allowing media and union representatives to stay too close to the voting area, among other objections. The Amazon Labor Union likely didn’t meet the threshold of employee signatures to compel a vote in the first place, Amazon said in its filing, which outlined 25 objections to the election.

In a surprise result, workers at Amazon’s JFK8 fulfillment center in Staten Island last week to be represented by the ALU, a grassroots group founded by fired Amazon employee Christian Smalls. The ALU won a decisive victory, with 2,654 yes votes to 2,131 nos. 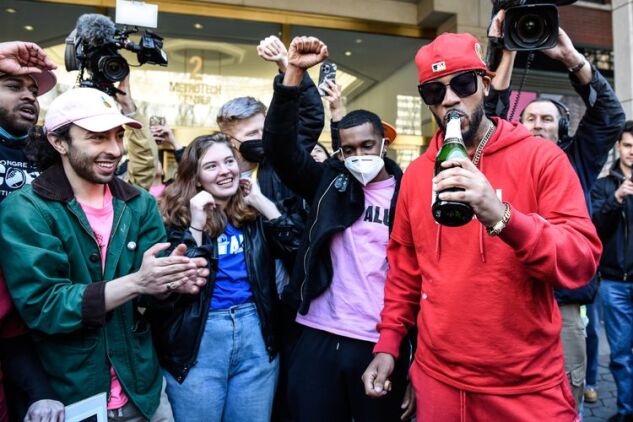 Unless the result is overturned, Amazon will be required to start contract negotiations that may hamper its ability to adjust work requirements and scheduling on the fly.

The company’s appeal was widely expected. Amazon had previously telegraphed that Smalls and his allies could expect a lengthy legal battle and warned that it would target what the company called “inappropriate and undue influence by the NLRB.”

Amazon cited accusations by business groups that the NLRB tried to influence the election’s outcome by filing a lawsuit seeking the reinstatement of an employee activist Amazon allegedly fired illegally. The company has denied wrongdoing.

The labor board is unlikely to grant Amazon’s petition, labor experts said, but the company could keep fighting the issue in federal court and tie up the ALU in legal wrangling for months or years.

Amazon earlier this week was granted an extension of its deadline to provide evidence to back the claims made in Friday’s filing. That document is due April 22, the labor board said this week.

“We’ve always said that we want our employees to have their voices heard, and in this case, that didn’t happen -- fewer than a third of the employees at the site voted for the union, and overall turnout was unusually low,” Amazon spokesperson said Friday in a statement. “Based on the evidence we’ve seen so far, as set out in our objections, we believe that the actions of the NLRB and the ALU improperly suppressed and influenced the vote, and we think the election should be conducted again so that a fair and broadly representative vote can be had.”

To contact the reporter on this story:
in Seattle at mday63@bloomberg.net