Karen Parkin, a 23-year veteran of Adidas, is leaving in recognition that she’s not the right person to lead the company’s efforts to create a more diverse workplace, according to a letter she wrote to employees that was seen by Bloomberg News.

Parkin is leaving by mutual agreement with the supervisory board, the company said in a Tuesday. She led the global HR department since 2014. Adidas Chief Executive Officer will assume her role until a successor is found.

“I know that there is still much work to be done to create the culture and company that we aspire to become,” Parkin wrote in the letter. “While I would very much like to lead this critical transformation effort, after much reflection and listening to the feedback I’ve received, I have come to accept that I am not the right person to lead that change.”

Parkin added that she has “always stood 100% against racism and discrimination and worked to create a more equitable environment,” but recognizes that “the focus on me has become a hindrance inhibiting the company from moving forward.” 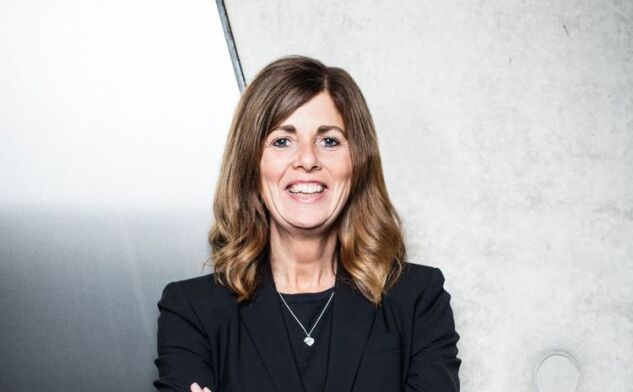 Adidas and other companies are confronting issues of racism more than ever before following the mass demonstrations that began after the death of George Floyd during an arrest in Minneapolis in late May.

The company June 9 that the Black Lives Matter movement has caused it to look for ways to take on the cultural and systemic forces that sustain racism, and it pledged to fill at least 30% of new Adidas and Reebok positions in the U.S. with Black and Latino people. It has also pledged to invest $120 million in Black communities in the U.S. over the next four years and to finance 50 scholarships annually for Black students at partner schools, among other measures.

“This is our commitment to the Black community, and the world,” Adidas said in a June 22 statement. “We can change, and we will.”

This week, Adidas and its Reebok subsidiary joined the growing number of companies boycotting social-media advertising on Facebook and Instagram. “Racist, discriminatory, and hateful online content have no place in our brand or in society,” the company said in a statement. While refraining from advertising on the platforms during July, Adidas and Reebok will “develop criteria to hold ourselves and every one of our partners accountable for creating and maintaining safe environments,” it said.

Parkin came under fire last year for characterizing employee concerns over racial disparities at the company as “noise,” Footwear News reported June 12. That comment came at a Reebok meeting in Boston in response to a question about reports that the company was struggling in its treatment of minority employees. Parkin suggested there was no need to take action because the criticisms were only happening in North America, Footwear News reported.

Three days after that story published, some employees called on Adidas’s supervisory board to investigate whether Parkin had been handling issues of race properly, the Wall Street Journal June 17.

Parkin, who has in both the U.K. and U.S., said in her letter Tuesday that travel restrictions because of the coronavirus pandemic have made it “almost impossible” for her to balance work and private life. Her home is in Portland, Oregon, and her office is at the company headquarters in Herzogenaurach, Germany.

(Updates with money Adidas will invest in Black comunities and scholarships in seventh, eighth paragraphs)

To contact the reporter on this story:
in Munich at tloh16@bloomberg.net

To contact the editors responsible for this story:
at epfanner1@bloomberg.net