No more dinners with female colleagues. Don’t sit next to them on flights. Book hotel rooms on different floors. Avoid one-on-one meetings.

In fact, as a wealth adviser put it, just hiring a woman these days is “an unknown risk.” What if she took something he said the wrong way?

Across Wall Street, men are adopting controversial strategies for the #MeToo era and, in the process, making life even harder for women.

Call it the Pence Effect, after U.S. Vice President Mike Pence, who has said he avoids dining alone with any woman other than his wife. In finance, the overarching impact can be, in essence, gender segregation. 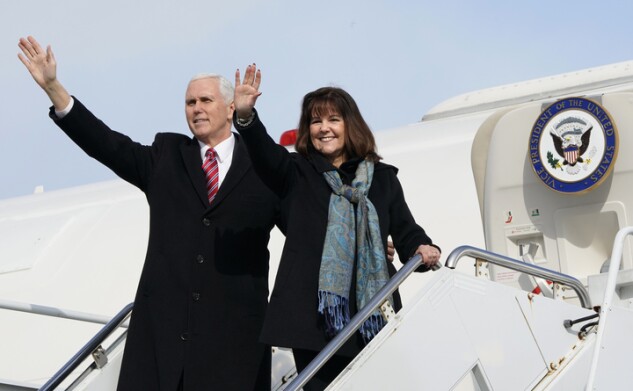 Interviews with more than 30 senior executives suggest many are spooked by #MeToo and struggling to cope. “It’s creating a sense of walking on eggshells,” said David Bahnsen, a former managing director at Morgan Stanley who’s now an independent adviser overseeing more than $1.5 billion.

This is hardly a single-industry phenomenon, as men across the country check their behavior at work, to protect themselves in the face of what they consider unreasonable political correctness—or to simply do the right thing. The upshot is forceful on Wall Street, where women are scarce in the upper ranks. The industry has also long nurtured a culture that keeps harassment complaints out of the courts and public eye, and has so far avoided a mega-scandal like the one that has engulfed Harvey Weinstein.

Now, more than a year into the #MeToo movement -- with its devastating revelations of harassment and abuse in Hollywood, Silicon Valley and beyond -- Wall Street risks becoming more of a boy’s club, rather than less of one.

“Women are grasping for ideas on how to deal with it, because it is affecting our careers,” said Karen Elinski, president of the Financial Women’s Association and a senior vice president at Wells Fargo & Co. “It’s a real loss.”

There’s a danger, too, for companies that fail to squash the isolating backlash and don’t take steps to have top managers be open about the issue and make it safe for everyone to discuss it, said Stephen Zweig, an employment attorney with FordHarrison.

“If men avoid working or traveling with women alone, or stop mentoring women for fear of being accused of sexual harassment,” he said, “those men are going to back out of a sexual harassment complaint and right into a sex discrimination complaint.”

While the new personal codes for dealing with #MeToo have only just begun to ripple, the shift is already palpable, according to the people interviewed, who declined to be named. They work for hedge funds, law firms, banks, private equity firms and investment-management firms.

For obvious reasons, few will talk openly about the issue. Privately, though, many of the men interviewed acknowledged they’re channeling Pence, saying how uneasy they are about being alone with female colleagues, particularly youthful or attractive ones, fearful of the rumor mill or of, as one put it, the potential liability.

A manager in infrastructure investing said he won’t meet with female employees in rooms without windows anymore; he also keeps his distance in elevators. A late-40-something in private equity said he has a new rule, established on the advice of his wife, an attorney: no business dinner with a woman 35 or younger.

The changes can be subtle but insidious, with a woman, say, excluded from casual after-work drinks, leaving male colleagues to bond, or having what should be a private meeting with a boss with the door left wide open.

On Wall Street as elsewhere, reactions to #MeToo can smack of paranoia. “Some men have voiced concerns to me that a false accusation is what they fear,” said Zweig, the lawyer. “These men fear what they cannot control.”

“Some men have voiced concerns to me that a false accusation is what they fear,” said Zweig, the lawyer. “These men fear what they cannot control.”

There are as many or more men who are responding in quite different ways. One, an investment adviser who manages about 100 employees, said he briefly reconsidered having one-on-one meetings with junior women. He thought about leaving his office door open, or inviting a third person into the room.

Finally, he landed on the solution: “Just try not to be an asshole.” 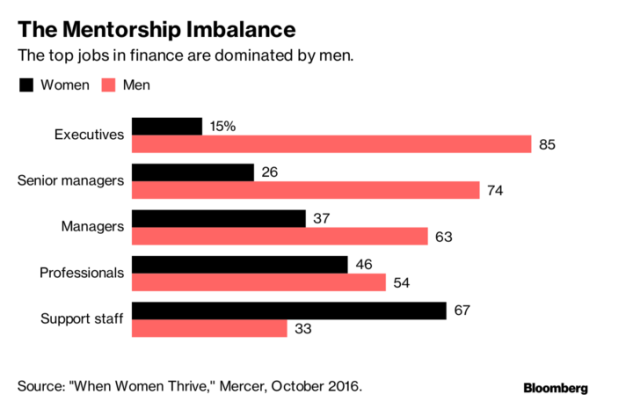 In January, as #MeToo was gathering momentum, Biscardi did away with the late-night, open-bar gathering he’d hosted for years in his penthouse suite during Context Capital’s annual conference at the Fontainebleau Miami Beach. “Given the fact that women are in the minority at our events, we want to make sure that the environment is always welcoming and comfortable. We felt that eliminating the after-party was necessary to remain consistent with that goal.”

In this charged environment, the question is how the response to #MeToo might actually end up hurting women’s progress. Given the male dominance in Wall Street’s top jobs, one of the most pressing consequences for women is the loss of male mentors who can help them climb the ladder.

“There aren’t enough women in senior positions to bring along the next generation all by themselves,” said Lisa Kaufman, chief executive officer of LaSalle Securities. “Advancement typically requires that someone at a senior level knows your work, gives you opportunities and is willing to champion you within the firm. It’s hard for a relationship like that to develop if the senior person is unwilling to spend one-on-one time with a more junior person.”

Men have to step up, she said, and “not let fear be a barrier.”

With assistance from Max Abelson and Sonali Basak