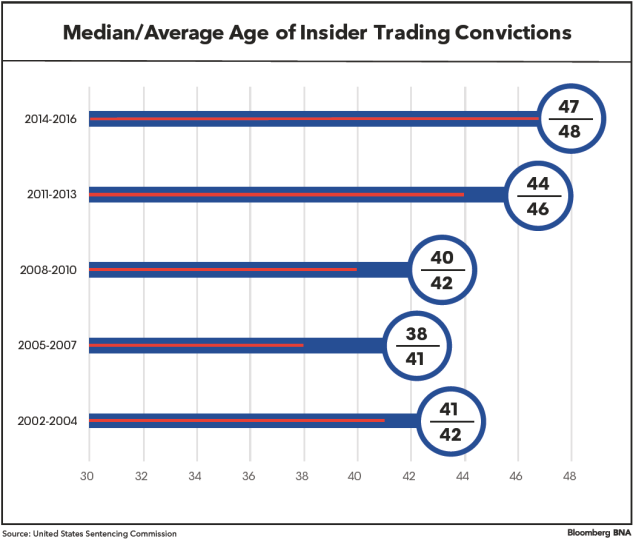 The average age of those convicted and sentenced for insider trading has steadily trended upward since 2007, a Bloomberg BNA analysis of U.S. Sentencing Commission (USSC) data shows.

Before 2011, average ages may have trended younger because of numerous cases against large insider trading rings, some of which involved dozens of low-level traders in their 30s.


To read the full article log in. To learn more about a subscription click here.
© 2020 The Bureau of National Affairs, Inc.
All Rights Reserved