plans to require more diversity on boards of directors, the latest push by corporate America to encourage change as regulatory requirements remain unlikely in a gridlocked Washington.

Under its proposed rules, most companies listed on Nasdaq’s U.S. exchange would have to include at least one director who identifies as female and one who identifies as an underrepresented minority or LGBTQ, Nasdaq said in a Tuesday. About a quarter of its listed companies currently meet that standard, according to the exchange, which is seeking approval for the plan from the Securities and Exchange Commission. 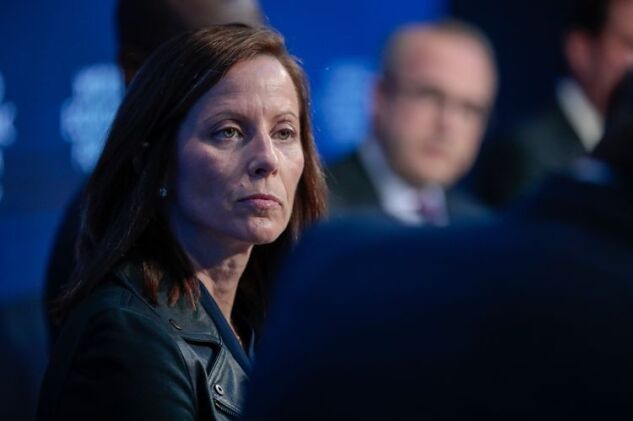 “Diversity keeps groupthink from happening,” said Scott Yonker, a professor of economics at Cornell University who has studied the impact of board diversity. “You end up with more stable policy and less volatility. You also end up with a culture of thinking outside the box.”

Companies are under increasing pressure from investors and advocates to improve diversity in their top ranks and be more transparent about the makeup of their workforces. In a recent survey, 25 of the biggest companies in the U.S. were willing to make public a copy of a form presented to the Equal Employment Opportunity Commission that gives the racial breakdown of their staff.

Nasdaq’s proposed rule would also require listed companies to disclose diversity statistics for their directors. Foreign companies or smaller firms could satisfy the requirement by including two female directors.

“Nasdaq’s purpose is to champion inclusive growth and prosperity to power stronger economies,” Nasdaq Chief Executive Officer said in the statement. “We believe this listing rule is one step in a broader journey to achieve inclusive representation across corporate America.”

Earlier this year, Goldman Sachs Group Inc. Chief Executive Officer said the firm will no longer take a company public in the U.S. and Europe if it a director who is either female or diverse. The bank is Wall Street’s biggest underwriter of initial public offerings in the U.S.

The exchange’s plan intends to give stakeholders a better understanding of board composition and enhance investor confidence, Nasdaq said. As part of the rationale for the new requirements, it presented more than two dozen studies linking diverse boards with better performance and governance.

“We do not feel that there is a pipeline problem,” , president of Nasdaq Stock Exchange, said in an interview.

All firms are expected to have one female or minority director within two years of SEC approval, and have more time to add the second diverse board member, depending on which Nasdaq market they’re listed. Companies that can’t meet the targets on time won’t be subject to delisting if they provide a public explanation, Nasdaq said.

There is no current requirement that boards disclose the diversity of directors. About 21% of companies in the Russell 1000 Index voluntarily report the ethnic diversity of their boards, according to JUST Capital, which advocates for better corporate disclosure. Among S&P 500 boards, 37% lack at least one Black director, executive recruiter Russell Reynolds Associates said in October. The same study found that ethnic minorities across all companies on Russell 3000 boards surpassed 10% for the first time last year.

“Nasdaq is heeding the call of the moment,” , executive director of the American Civil Liberties Union, said in the statement. “Incremental change and window-dressing isn’t going to cut it anymore as consumers, stakeholders and the government increasingly hold corporate America’s feet to the fire.”

To contact the reporters on this story:
in New York at lnguyen35@bloomberg.net;
in Southfield, Michigan at jgreen16@bloomberg.net