Zoom Video Communications has been one of the few stand-outs in the current market, with shares doubling and usage surging during the coronavirus pandemic, but now the company’s high profile has raised concerns about user privacy and security.
Photographer: Olivier Douliery/AFP via Getty Images

has been one of in the current market, with shares doubling and usage surging during the coronavirus pandemic, but now the company’s high profile has raised concerns about user privacy and security.

The teleconferencing company has become a favorite business tool as more employees work remotely, but concerns over privacy could complicate that popularity and expose it to new risks. For example, Zoom was recently who claimed it is illegally disclosing personal information, and on Wednesday, that SpaceX had banned its employees from using Zoom due to privacy concerns.

The issue prompted a blog post from , Zoom’s chief product officer, who wrote that “in light of recent interest in our encryption practices, we want to start by apologizing for the confusion we have caused by incorrectly suggesting that Zoom meetings were capable of using end-to-end encryption.”

“While we never intended to deceive any of our customers, we recognize that there is a discrepancy between the commonly accepted definition of end-to-end encryption and how we were using it,” the post read. 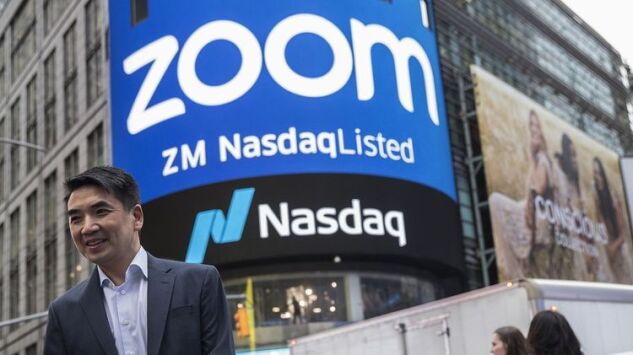 Shares of Zoom fell 8.4% on Thursday in its fourth straight decline. The stock has slumped about 17% over the four-day decline, though it remains up about 85% thus far this year. 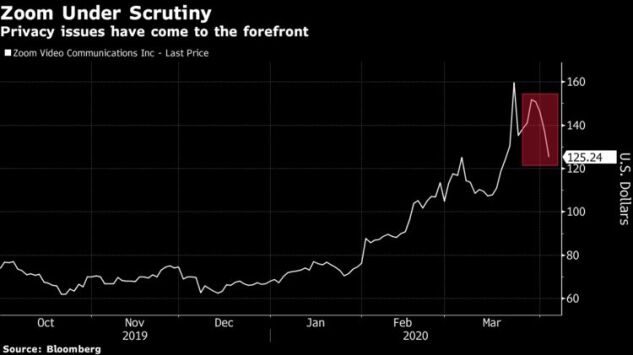 “While rising legal costs are inevitable for the budding company, U.S. laws leave room for Zoom to steer around material fines and damage awards,” wrote , an analyst with . He expects Zoom “can avoid most major penalties in the U.S.”

, for example, “seems to have made it through the flurry of recent privacy scrutiny without too much damage to its user growth,” Schettenhelm said.

Analysts remain positive on Zoom, which Morgan Stanley had become “the default definition for videoconferencing.” Earlier on Thursday, Sanford C. Bernstein wrote that it continues to recommend buying the stock as “paid user adoption has surged dramatically, although likely not to the same extent as free usage.”

Bernstein cited a recent survey it had conducted of employed U.S. adults, which showed that “anywhere from 7% to 20% are paying for a Zoom subscription for personal use,” a trend that could add “a few hundred million” to full-year revenue.

Separately, RBC Capital Markets raised its price target to $125 from $110, citing data that for Zoom’s app. But analyst reiterated his sector-perform rating, writing that “valuation is still elevated.”

To contact the reporter on this story:
in New York at rvlastelica1@bloomberg.net

To contact the editors responsible for this story:
at clarkin4@bloomberg.net