More than 5 million Americans filed for unemployment benefits last week, bringing the total in the month since the coronavirus pandemic throttled the U.S. economy to 22 million and effectively erasing a decade worth of job creation.

Initial of 5.25 million in the week ended April 11 followed 6.62 million the prior week, according to Labor Department figures Thursday. The median of economists was for 5.5 million, with projections ranging as high as 8 million.

The four-week sum compares with roughly 21.5 million jobs added during the expansion that began in mid-2009. 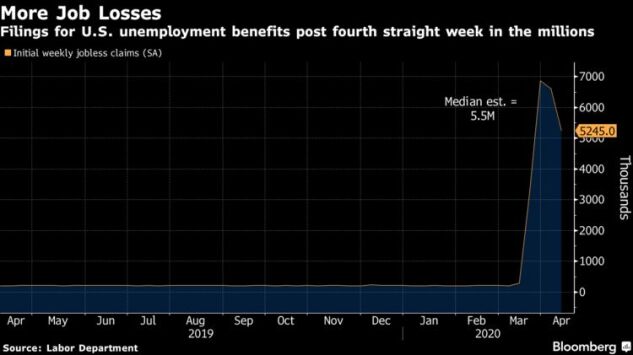