in regular state programs fell 14,000 to 340,000 in the week ended Aug. 28, Labor Department data showed Thursday. The median estimate in a Bloomberg survey of economists called for a slight decrease to 345,000 new applications. 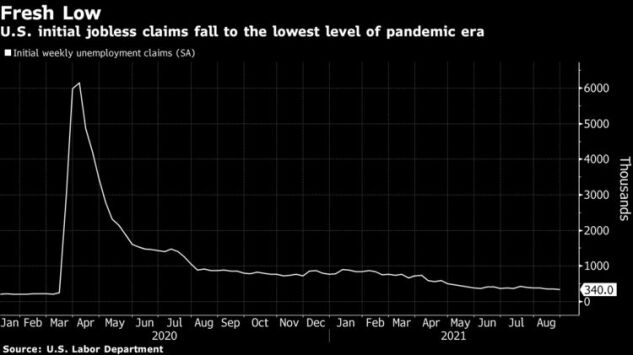 for state benefits fell to 2.7 million in the week ended Aug. 21.

The S&P 500 traded higher after the data was released, while Treasuries were little changed.

Initial claims have been drifting lower for months, thanks to the ...