in regular state programs decreased by 9,000 to 376,000 in the week ended June 5, Labor Department data showed Thursday. The median estimate in a Bloomberg survey of economists called for 370,000 applications. 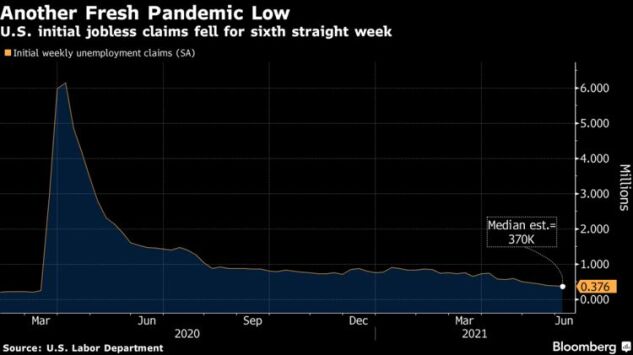 The number of layoffs has abated considerably since the start of the year as more Americans get ...