To hear U.S. President and Secretary of State tell it, the evidence is clear: The novel coronavirus that has killed more than a quarter million people worldwide likely escaped from the Wuhan Institute of Virology, a laboratory that studies some of the world’s most dangerous pathogens.

But inside the halls of the U.S. intelligence community, the evidence is less definitive, while intelligence agencies around the world are also casting doubt on that theory. 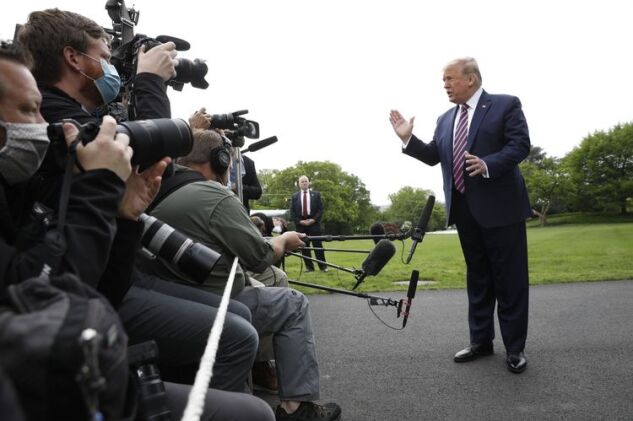 Donald Trump speaks to members of the media before boarding Marine One in Washington, D.C. on May 5.
Photographer: Yuri Gripas/Abaca/Bloomberg

A majority of the 17 agencies that provide and analyze intelligence for the U.S. government believe the pandemic started after the virus was leaked from the Wuhan lab, according to a person familiar with the matter. The agencies, the person said, point to circumstantial evidence that includes “open source” information, meaning publicly available research, including from scientists at the lab, as well as information from other researchers studying the origin of the virus.

Others familiar with the intelligence, however, describe more pronounced divisions among and within the agencies, which often look at the same set of facts but come to different interpretations. Two people familiar with the intelligence said the case for any possible origin is largely circumstantial since the U.S. has very little information from the ground to back up the lab-escape theory or any other.

What is clear is that the devastation of the outbreak caught Trump off guard. He had planned on campaigning on the strength of the U.S. economy and said virus cases would quickly fall to zero. Now, with almost 70,000 Americans dead from the virus, he’s increasingly trying to shift more of the blame toward China.

The Wuhan lab at the center of the debate is known for doing research on bats, a leading carrier of coronaviruses like this one, which adds to the case for this particular pathogen, Sars-Cov-2, to have escaped from there, the person said.

The U.S. government cites open-source reports that the Wuhan lab wasn’t adhering to strict safety protocols while studying animals and dangerous viruses. And Chinese officials have continued to obfuscate when the U.S. and other countries have asked to investigate the outbreak and initial response, the person said. 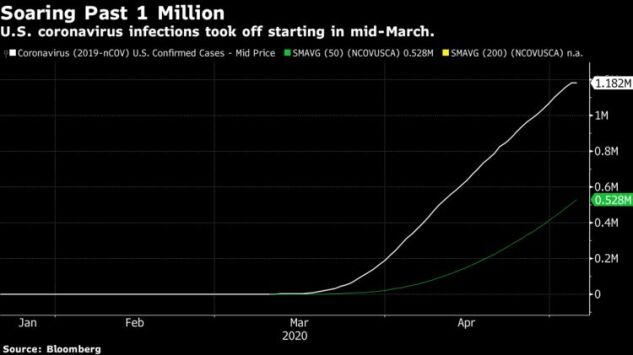 Another possibility is that the virus got its start in one of China’s “wet markets” -- sometimes loosely regulated open-air markets where animals are sold for food. There is a wet market in Wuhan, not far from the lab, and the data provided by the Chinese shows clusters of cases between the market and laboratory.

Three European officials with knowledge of the discussions within their governments cast doubt on any narrative suggesting the virus was leaked from the lab, though they said it remains possible researchers in the facility were examining the coronavirus.

In addition, an assessment shared within the “Five Eyes” intelligence network -- the U.S., U.K., Australia, New Zealand, and Canada -- found it was “highly unlikely” the outbreak began as an accident in the laboratory, two Western officials told CNN on Monday. That’s despite a 15-page dossier of Five Eyes intelligence that concludes China intentionally hid or destroyed evidence about the pandemic, obtained by Australia’s Saturday Telegraph newspaper.

Even if the virus was studied in the lab there is nothing to suggest that happened before the outbreak began, one of the people familiar with the matter said; scientists in China may have simply been looking at it once it emerged. Barring access to the lab and Chinese cooperation, it would be difficult for U.S. intelligence to reach a definitive conclusion, another said.

Trump and Pompeo, however, have offered little of this nuance in their descriptions of the origin, with Pompeo citing “enormous evidence“ that backs up the lab-escape theory and Trump promising a full report that will definitively point to a lab escape as the origin.

“I think it will be very conclusive,” Trump said Sunday in an interview with Fox News. “I think they made -- personally, I think they made a horrible mistake and they didn’t want to admit it.” 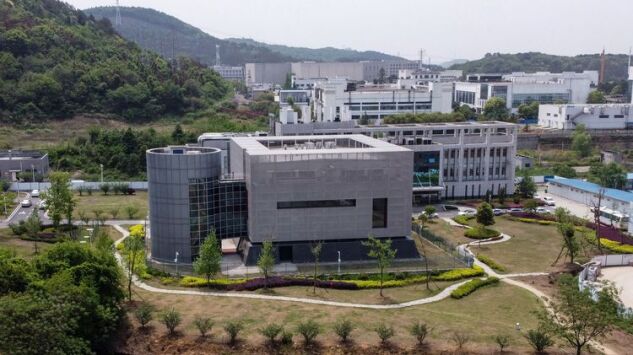 That’s despite the U.S. continuing to call for increased access to Chinese data about the virus, emphasizing the uncertainty around the outbreak. Trump echoed that call again Tuesday as he left the White House for a trip to Arizona, saying the U.S. wanted China to be more transparent.

“We want to find out what happened,” Trump said.

The potentially competing messages underscore a campaign to vilify China over its handling of the outbreak, with Trump also saying Beijing took steps to cover up the true nature of the virus that allowed it to spread around the world.

The pandemic has destroyed Trump’s main argument for re-election -- a booming U.S. economy -- as government-imposed social distancing measures resulted in the loss of more than 30 million jobs.

Americans are losing confidence in Trump’s handling of the outbreak, a poll released Tuesday by Monmouth University shows. About 51% say he’s done a bad job, compared to 42% who think he’s done a good job, the survey showed. That’s a swing of six percentage points since March, when 45% said he’d done a bad job, according to the university.

But both the president and his top diplomat have focused less on well-documented missteps and evasions, and instead are highlighting the largely unproven theory of the virus’s escape from the Wuhan lab.

The decision could be rooted in polling data the president’s team has been examining as they seek to rehabilitate his standing before November’s election. In an Economist/YouGov survey from last week, 45% of Americans believe the coronavirus was created in a laboratory -- including two-thirds of Republican voters.

The intelligence community’s determination that the virus was not man-made likely originated from scientific study of the virus’s genetic material, which also could provide clues to how the outbreak began.

Viruses constantly incur mutations in their genetic material -- some big, some small and most with little consequence to the pathogen’s transmissibility or virulence. However, these mutations tell a story to geneticists, who can use them just as naturalists use tags to track the migrations of animals in the wild. Spotting copies of the same version of the virus can help disease trackers trace the virus back to its origins, and forward to other destinations on the globe.

In March, a group of top geneticists looked closely at the coronavirus to see if they could determine whether it had come from a natural source, such as an animal, or had either escaped or been deliberately released from a laboratory. In work published in Nature Medicine, the group focused on variations in key portions of the virus, such as one called the receptor binding domain, a portion of the “spike” protein that plays a critical role in cell entry.

While coronaviruses are known not to change as quickly as some other viruses, the receptor binding domain is its most variable portion, and six of its key regions are critical for determining which host it’s best suited to infect, human or otherwise. The virus that causes Covid-19, Sars-CoV-2, is unlikely to have been deliberately developed in a lab because it binds so efficiently to human cells that it was almost certainly an adaptive process, rather than one designed by researchers, according to the geneticists.

In addition to bats, coronaviruses have also been found in pangolins, the armored mammals that live in Asia, and the six key viral sequences in some of those strains are very similar to those seen in the Sars-CoV-2, the researchers said. That suggests, they said, that its spike protein -- the prybar giving the virus entry to cells -- is “the result of natural selection,” rather than lab experiments.

“It’s hard to say something is definitely not” from a laboratory, said David Matthews, a coronavirus researcher at the University of Bristol who wasn’t part of the team that wrote the Nature Medicine paper. “But it’s highly unlikely.”

The more definitive proclamations from Trump and Pompeo have prompted calls from international organizations for the U.S. to produce whatever intelligence or scientific evidence they have.

Mike Ryan, executive director of the World Health Organization’s emergencies program, said Tuesday that information that the lab was the origin would be “a very important piece of public health information for future control” and that the organization viewed the determination by U.S. officials as “speculative” until more support was offered.

“If that data and evidence is available, then it will be for the United States government to decide whether and when it can be shared, but it is difficult for the WHO to operate in an information vacuum in that regard,” Ryan said at a news conference. 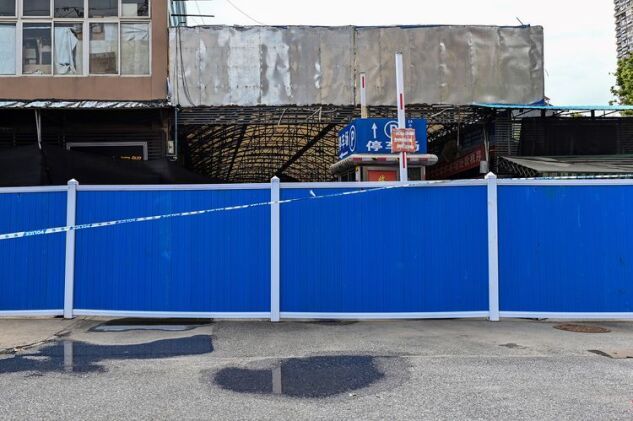 At a hearing in Washington on Tuesday, Democrats raised concern about whether Trump’s nominee to serve as the director of national intelligence, Representative , would be an independent voice.

Ratcliffe promised that if he’s confirmed “the intelligence community will be laser-focused on getting all of the answers that we can regarding” how and why the virus spread.

But Senator of Maine, an independent who aligns with Democrats, said Trump may be pushing intelligence agencies to back a theory that the virus originated in the Wuhan lab.

“The question should be, ‘Where did the virus come from?’” King said. “Not, ‘Don’t you think it came from a lab?’”

Chinese state media has also attacked the claims by U.S. officials, with Global Times editor tweeting that the U.S. government was “putting on a show” and calling for Pompeo to produce his evidence.

“By demanding to investigate Wuhan lab, they are trying to create continuous controversy and focus, to fool the American public,” he wrote.

Health and Human Services Secretary said in a Fox News interview Tuesday that the U.S. would share information “at the appropriate time” while offering the caveat that “we continue to investigate these matters.” Azar said that Pompeo may have access to intelligence about the laboratory not available to Fauci, and accused Chinese officials of impeding the investigation into the origins of the coronavirus.

“Let me be clear: China can resolve this, China can be transparent and collaborative,” Azar said.