San Francisco Mayor London Breed has ordered city department heads to plan for cuts of up to 15% to deal with a projected $1.7 billion budget shortfall over the next two fiscal years, largely because of the coronavirus pandemic, her deputy budget director said Wednesday.

City departments must review which jobs can become permanent work-from-home positions to free space and reduce lease costs. Hiring freezes and consolidating some services also will be considered, Ashley Groffenberger told members of a Board of Supervisors budget subcommittee.

“Every department will need to make reductions, and it is not a matter of if, it’s a matter of where,” Groffenberger said.

The mayor will present an interim budget on June 1, with departments required to submit revised budgets by June 12. The deadline for the mayor to provide a budget to supervisors was delayed until Aug. 1. The interim budget will allow city operations to continue until a final budget is adopted.

“Largely the big policy choices that we need to make to close the shortfall will be discussed in August,” Groffenberger said. 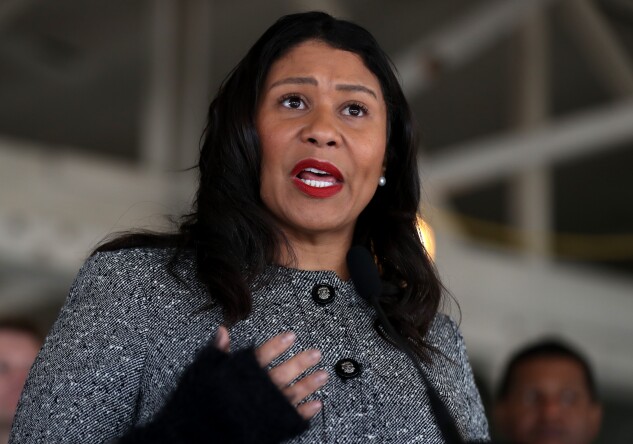 San Francisco already was projecting a budget deficit when the coronavirus pandemic hit. Tax receipts cratered after the city’s public health order to shelter in place was imposed March 17.

Department heads were told to cut general fund spending 10% for the 2020-21 fiscal year that begins July 1, and sketch out an additional 5% reduction in spending for 2021-22 should fiscal conditions worsen, Groffenberger said.

Given the “significant shortfall that we’re projecting, the upcoming budget is going to require a mix of tough decisions and reevaluating how the city does business,” she said. “And quite frankly we need to reevaluate the way we do business in a Covid landscape, while not losing sight of needing to prioritize vulnerable and underserved residents and communities.”