Ben Penn: The U.S. Senate has found time during a crunch of multi-trillion-dollar bills to confirm judicial nominees and some picks for federal agencies, but reinforcements for the U.S. Department of Labor have gone nowhere.

Lack of action on two picks in particular—Doug Parker, to head workplace safety, and Raj Nayak, to run the department’s policy office—has grown more pronounced as the Occupational Safety and Health Administration works to deliver on the White House’s call for an emergency rule mandating vaccinations or testing for tens of millions of private-sector workers.

Parker, who was tapped to run OSHA, and Nayak, who would spearhead regulatory issues for DOL, would be two of the principal officials working on the emergency rule had the Senate confirmed them in the roughly three months between when they cleared committee, June 16, and when President announced the coming OSHA regulation, on Sept. 9.

Holding patterns for nominees are nothing new. Yet some astute followers of labor and employment policy say it’s not a stretch to think that OSHA’s politically charged Covid-19 rulemaking could be part of the reason Parker and Nayak haven’t been squeezed into the floor schedule in the 50-50 Senate.

After all, Parker got votes from two centrist Republicans in committee, and Nayak pulled off a hat trick. 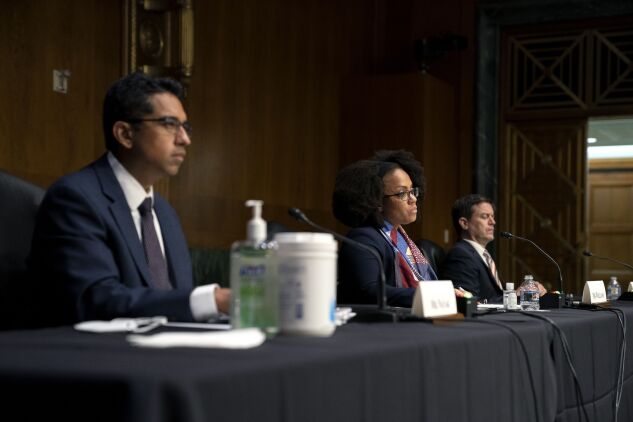 OSHA’s staff is full of seasoned career officials who completed a separate Covid-19 emergency rule in June, but Parker and Nayak will be needed to help OSHA enforce the vaccination standard.

“Once the standard is out, it’s really important that the Senate prioritize getting the leadership at DOL confirmed, just because it does make a difference in how effective the agency is in rebuilding itself,” said Debbie Berkowitz, OSHA’s Obama-era chief of staff.

The order nominees get called to the Senate floor is a fluid process. It depends on the White House’s and Senate leadership’s preferences, member attendance, and whether Minority Leader (R-Ky.) agrees to an expedited process. GOP senators are forcing Majority Leader (D-N.Y.) to expend floor time debating most agency nominees.

David Weil, the nominee to run DOL’s Wage and Hour Division for a second time, is waiting for a floor vote to be discharged from the labor committee after a tie vote Aug. 3. Two more recent nominees are waiting for committee votes after a confirmation hearing last week.

Doing so would usher in the single-biggest influx of first-time savers in U.S. history and pump money into the markets from tens of millions of new retirement plans. More than 62 million U.S. workers aren’t saving for retirement.

The proposal, part of the sweeping array of social spending and climate priorities Democrats aim to pass through the budget reconciliation process, has its roots in the Affordable Care Act’s employer mandates. But it also differs from the ACA model in important ways, and that may present a challenge, critics of the proposal say.

Mandates are a loaded word in U.S. politics, even more so during the pandemic. But it’s more than that, critics argue.

Legislation approved by the House Ways and Means Committee last month would require most U.S. businesses to offer employees basic retirement benefits. Failure to provide a low-cost retirement option such as a 401(k) or an IRA would result in an excise tax liability of $10 for every worker per day of noncompliance. 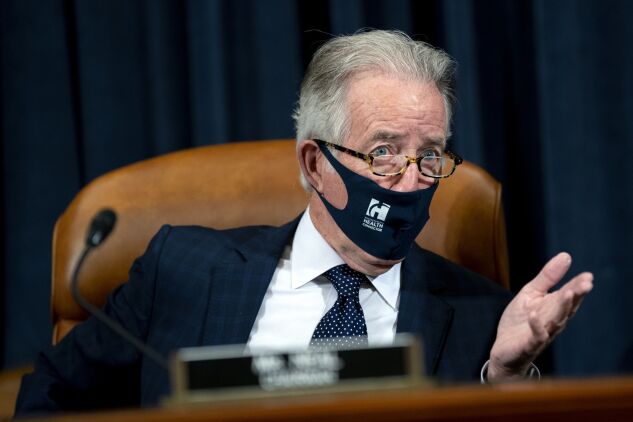 It’s a carrot-and-stick rationale similar to the one Democrats used in the ACA to require employers with 50 or more workers to provide basic health insurance coverage to 95% of their staff, said Chantel Sheaks, vice president of retirement policy at the U.S. Chamber of Commerce.

The 2010 health-care law applies strictly to all “applicable large employers.” It defines them as businesses that had an average of at least 50 full-time workers in the prior year.

Yet the retirement subtitle of the Ways and Means budget reconciliation bill takes a different approach, applying a broad mandate to all U.S. businesses and then exempts certain employers, such as those with fewer than five workers, from the tax liabilities.

The distinction creates questions about compliance for newer businesses and employers that are otherwise tax-exempt, and it doesn’t offer clear guidance on how to calculate an employer’s total number of workers, opponents say. The U.S. Chamber and other business groups worry that a mandate that isn’t clear could open the door to stripping protections employers enjoy in other areas.

Legislative experts caution that concerns over the retirement portion of Democrats’ tax-and-spend agenda could be premature, especially with efforts underway to lower the package’s price tag.

Early legislative proposals tend to be messy, but they mark an important starting point in negotiating a bill, said Alex Reid, a former legislative counsel to the Joint Committee on Taxation and a partner at Baker & Hostetler LLP, adding that more business exemptions could be added to the language.

But concern among business advocates goes beyond just the proposal’s text, Sheaks said. The legislation would offload Congress’s responsibility of reshaping the American retirement system onto employers, many of whom now choose whether to offer a savings package based on their workers’ needs.

“We support automatic escalation measures or auto enrollment measures that help more workers save for retirement,” Sheaks added. “But, at the end of the day, it’s about what’s right for workers and their families, and employers are in the best position to know their workforce.”

Summers Says U.S. Unemployment Is Now Below Its ‘Natural’ Rate