plans to request U.S. emergency authorization in August for a third booster dose of its Covid-19 vaccine, based on early data showing that it can sharply increase immune protection against the coronavirus.

At the same time, however, federal health officials signaled that they would take a cautious approach to potential booster shots, and underlined that the currently available vaccines are effective at keeping people from being sickened by the coronavirus.

Pfizer has received initial data from an early human study showing that a third dose of its existing coronavirus vaccine is safe and can raise neutralizing antibody levels by 5 to 10 fold compared with the original vaccine, the company’s research head, , said in an interview.

Once more data is in hand, Pfizer plans to ask the FDA to authorize a booster shot that could be given six to eight months after the original two doses, Dolsten said. The drugmaker is also talking with regulators in other countries and the European Union about the new results, he said. Pfizer produces the vaccine in partnership with .

However, in an unusual evening joint statement on Thursday, the Centers for Disease Control and Prevention and the Food and Drug Administration pumped the brakes, saying they are engaged in a process about whether and when a booster might be needed. That “can include data from specific pharmaceutical companies, but does not rely on those data exclusively.”

The statement stressed that available vaccines are effective and that nearly all people hospitalized and dying from the virus currently are unvaccinated -- a message that signals a fear that Pfizer’s announcement could fuel brewing doubts about vaccines broadly.

“Americans who have been fully vaccinated do not need a booster shot at this time,” the agencies said in the statement. “We are prepared for booster doses if and when the science demonstrates that they are needed.”

Dolsten said the company is going public with its plans because the early data looks convincing and because of increasing concern about mutations of the virus, including the ultra-transmissible delta variant that is spreading in numerous countries.

“There is a lot of fear and concern” about variants, Dolsten said. “We are confident that such a boost will be highly effective against the delta variant.”

While the antibody results are based on a small initial cohort of roughly 10 to 20 people who received the booster, Dolsten said that the “the data set is so clear we have complete confidence that the full study will reproduce this.” 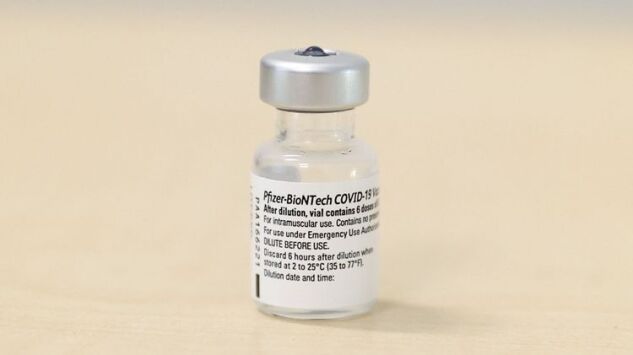 Messenger RNA vaccines provide powerful protection against severe Covid-19, including cases caused by the delta strain, but there have been signs of breakthrough cases. A British study in May, for example, found the Pfizer shot was 88% effective in preventing symptomatic disease from the delta variant after the second dose.

More recent data released by Israel this month found that Pfizer’s efficacy had dropped to 64% since the delta variant took over there, even as it was 93% effective at keeping people out of the hospital.

Dolsten said Pfizer interprets the Israeli finding as a sign that blood-antibody levels have faded somewhat since people in Israel started being vaccinated in January and February. In the presence of a highly transmissible strain, that may allow mild cases to slip through even though people remain protected against severe disease, he said.

Even when front-line antibodies have faded slightly, the vaccine still produces a variety of memory responses that can stave off serious illness, Dolsten said.

“When you have low blood levels of an antibody, viruses that are highly contagious may reinfect and cause mild disease,” Dolsten said.

Separately, Pfizer plans to begin human trials of a new booster customized against the delta strain. But Dolsten said it was unlikely that this customized vaccine would be needed, as the existing vaccine does a good job of producing antibodies against the variant.

Even preventing mild cases can be useful because it will help slow infections that can lead to new variants, and will prevent cases of long Covid that can occur even after mild infections, Dolsten said.

In the past, Pfizer Chief Executive Officer has suggested that Covid booster shots might be needed for most people within 12 months, and annual boosters might be necessary after that. But medical experts have cautioned that it isn’t clear whether and when boosters will be needed.

With only a small portion of the world vaccinated so far and variants emerging like wildfire, booster shots may be an important way to keep vaccinated parts of the world from having to continually going back to disruptive social distancing measures, Dolsten said.

“For the next few years, it is better to be prepared for what seems like a sober reality than to hold for miracles,” he said.

To contact the reporters on this story:
in New York at rlangreth@bloomberg.net;
in Washington at jwingrove4@bloomberg.net