Vice President told U.S. governors Monday that the administration would back them on any measures to contain the coronavirus pandemic as 13 states reached an alarming rate of positive tests.

On a conference call, Pence said those states have rates of higher than 10%, according to a person who listened to the private session and requested anonymity to discuss it. The vice president has consistently argued that the administration’s response has been vigorous. On Monday, he made clear the situation has become grave, the person said.

“You have our full support on the steps you deem necessary within your states,” Pence said, according to the listener. “I am a phone call away.”

Pence’s message came on a day that states and cities across the U.S. posted daunting statistics on infections and deaths, and made their own efforts to control the disease.

, the most populous state, reversed part of its reopening by closing indoor dining and bars. The state’s two biggest school districts said they would offer remote learning only, despite previous calls by the Trump administration for classrooms to fully reopen. Atlanta Mayor asked New York Governor for help, and he said during a news conference he would send a team of experts.

The epicenter of the pandemic remains in the Americas region, which has had more than half the globally reported cases, World Health Organization Director-General said Monday. Governments in the Americas need to make a “huge” commitment to fight the virus and citizens need to comply more with prevention efforts, said Mike Ryan, the head of the WHO’s Health Emergency Program.

“Too many countries are headed in the wrong direction,” Tedros said. “It’s never too late to bring the virus under control.”

On Monday, coronavirus cases in the U.S. rose by 64,605 from a day earlier to 3.34 million, according to data collected by Johns Hopkins University and Bloomberg News. The 2% increase was in line with the average daily increase of 1.9% over the past week. Deaths rose to 135,400.

The swelling toll has hobbled the economy, and California’s rolled-back reopening and closed classrooms could augur further damage as the administration presses the nation to get back to business. The lockdowns put in place earlier in the pandemic cost millions of workers their jobs and plunged the U.S. economy into recession.

A sustained suspension of operations for bars, restaurants and other businesses, combined with school closures that force parents to remain at home to care for their children, is likely to idle more workers and slow consumer spending, a key engine of economic growth.

The Trump administration has largely left the task of responding to the pandemic to the states, but has also pushed them to reopen businesses and schools. Education Secretary this weekend repeated a threat to cut funding to schools that don’t fully resume in-person learning.

Pence has been “steadfast” in support of states for weeks, said Devin O’Malley, a spokesman. “These reassurances have come in the form of press briefings, speeches, and tweets, and today’s weekly call with governors was just another venue to provide them -- not a shift in tone,” he said. 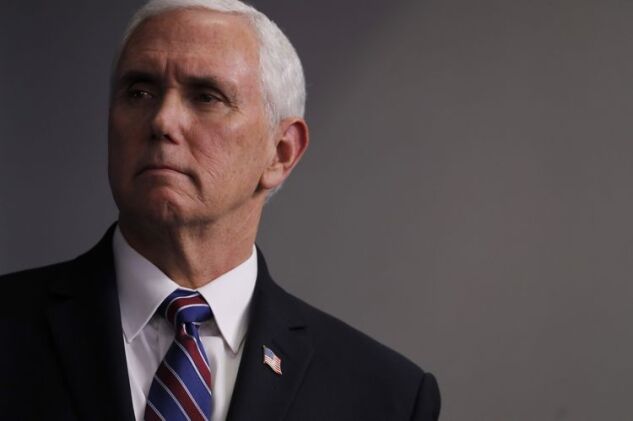 The person who heard the Monday call said the vice president dropped previous talking points meant to argue that the pandemic’s threat was overstated. Pence told the governors that the nation has adequate reserves of protective equipment and that the administration has sent supplies of remdesivir, a therapeutic drug, to California, Arizona, Florida and Texas, where case counts are soaring.

Pence also said he wants reopenings to continue, according to the listener. But many states reconsidered whether they could -- or should.

In Mississippi, stricter measures took effect in 13 counties Monday, including limits on social gatherings indoors and outdoors, mask mandates and the suspension of elective procedures in hospitals. Governor , a Republican, said he had been skeptical about how effective masks could be in preventing new infections, but the data persuaded him.

“The best way we know to avoid the shutdown of schools, sports and work right now is to encourage you to wear a mask,” Reeves said at a briefing Monday. “It’s not fun, but it’s a hell of a lot better than widespread economic shutdowns.”

Oregon Governor , a Democrat, on Monday ordered residents to wear face coverings outdoors in any situation where social distancing can’t be maintained. She also banned indoor social gatherings of more than 10 people, although she noted the order doesn’t include businesses or churches. And she suggested more strictures may be on the way.

“Either people will adhere to this requirement and be a positive force for stopping Covid-19, or I will be forced to take more restrictive measures,” Brown said in a news release. “It all depends on you. Your choices determine our future.” 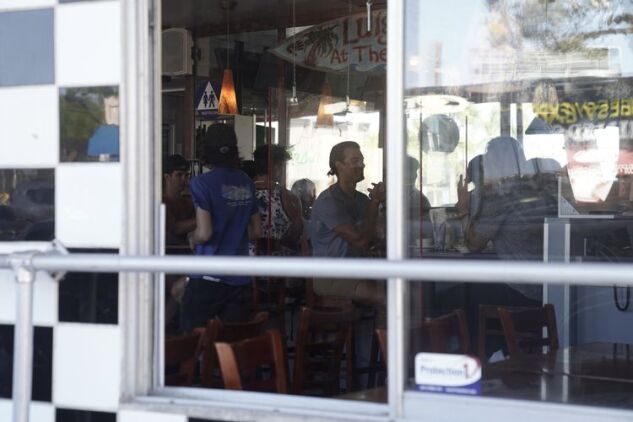 The decisions in California, the world’s fifth-biggest economy and home to 40 million residents, echoed loudest.

Governor closed all inside dining, winery tasting rooms, movie theaters and other indoor family entertainment. Bars statewide must stop all indoor and outdoor business, while fitness centers, worship services and salons must halt indoor operations in counties that have been on a monitoring list for three straight days. Those encompass many of California’s biggest cities, including Los Angeles, Sacramento and San Diego.

The school closures may be more consequential, at least economically, if they are a harbinger for decisions beyond the Golden State. In New York, Cuomo has said a decision on whether schools will reopen for in-person learning will be made by the state early next month. Cuomo, a Democrat, has noted that the federal government has no authority on the matter.

“He was wrong on the economic reopening and he’s wrong on the schools reopening,” Cuomo said Monday of Trump. “We’re not going to use our children as guinea pigs.”

San Diego and Los Angeles, America’s second-largest school district behind New York City, will start the academic year with online classes amid the resurgent coronavirus. The districts together have an enrollment of about 720,000 students.

“The health and safety of all in the school community is not something we can compromise,” , superintendent of the Los Angeles Unified School District, said in a statement.

Beutner didn’t address the Trump administration’s threat to withhold money, and a district spokeswoman declined to comment. Most school funding in America comes from state and local sources, though the federal government supplements with money for nutrition and special education, among other things.

“The ideal scenario for holistic health and ideal learning is to have students in school,” spokesman said in an email. “We are encouraged that the vast majority of school districts are on a trajectory to open with students in person -- hopefully Los Angeles and San Diego can get there soon as well.”

Angela Morabito, a spokeswoman for the U.S. Education Department, said families should have “options based on their personal situations and the local health realities.”

But Los Angeles County has seen coronavirus cases surge recently. On Monday, the county said 9% of people are testing positive, and it reported another 13 deaths and 2,593 new cases.

“Countries that have managed to safely reopen schools have done so with declining infection rates and on-demand testing available,” according to Monday’s joint release from the Los Angeles and San Diego school districts. “California has neither. The skyrocketing infection rates of the past few weeks make it clear the pandemic is not under control.”

To contact the reporters on this story:
in Los Angeles at beckhouse@bloomberg.net;
in San Francisco at dbaker116@bloomberg.net