Communities across the U.S. are suddenly revamping their vaccination campaigns to adjust to an indefinite halt in ’s doses, which has required officials to reschedule tens of thousands of appointments as they seek to reassure people that Covid-19 vaccines are safe.

Health professionals are split on whether the delay should continue. On the one hand, the blood-clotting syndrome that led to the pause in J&J vaccinations is serious and can be deadly. Conversely, with J&J doses out of circulation, that means fewer people are getting immunized even as fast-spreading Covid variants are tightening their grip, and concern about the J&J shots risks expanding vaccine hesitancy.

U.S. Covid cases are rising to almost 70,000 new cases a day, , director of the Centers for Disease Control and Prevention, said in a White House briefing Friday. Hospitalizations and deaths also have increased. The contagiousness of variants “makes the race to stop the transmission even more challenging and threatens to overwhelm our health care system again in parts of this country,” she said. 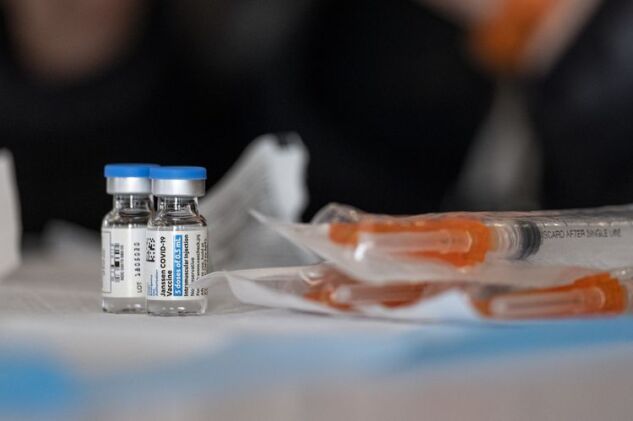 Hospitals, pharmacies and health departments are clambering to vaccinate people who were scheduled to receive J&J shots this week. Some key initiatives that relied on the one-shot vaccine like those reaching homebound seniors or pop-up clinics are being . Officials are trying to answer questions and combat safety worries from an already skeptical public.

“We understand that concerns about J&J may increase your hesitancy,” , New Jersey’s health commissioner, said during a briefing Thursday. “But it is vital that as many people get vaccinated to beat Covid-19 in our state, where we have lost one in 500 New Jerseyans to this virus.”

J&J’s shot is in limbo after U.S. public health concluded a meeting about the vaccine Wednesday without a vote. The panel is set to reconvene on April 23, Walensky said Friday, though its leader said Thursday it could take several weeks to assemble enough data to make a decision. On Tuesday, the CDC and the Food and Drug Administration made a joint recommendation to stop giving J&J vaccine shots after six women who received it developed a rare and severe form of blood clotting.

The White House insists the pause will not hinder the nation’s vaccination campaign, saying there are enough doses from and partners and to immunize all Americans who are interested by the end of May. Just 1.5 million doses of J&J’s shot to ship this week. They say the move could even boost confidence, as putting the J&J rollout on hold shows regulators are taking safety seriously.

Yet a poll of about 1,500 adults showed a drop of 15 percentage points among respondents who said they consider J&J’s vaccine safe, according to a YouGov survey. It didn’t, however, identify a statistically significant change in people’s perceptions toward the other Covid-19 vaccines.

J&J’s shot is popular in Rusk County, Wisconsin, said Jeremy Jacobs, an official with the Rusk County Department of Health and Human Services. The department offered Moderna to about 150 people scheduled to receive J&J’s vaccine this week. Most accepted, though a few asked to wait until J&J’s shot is available again, he said.

The one-shot vaccine was being used to immunize hard-to-reach populations as it’s easy to store -- it can stay in a refrigerator or cooler and has less stringent temperature requirements than the other vaccines. The Biden administration was positioning J&J doses as an important tool in its push to immunize people equitably.

“J&J has such a name in our nation, a trusted name, and so I think that’s why people were waiting also because it’s one dose, so now it’s turned out the mRNA vaccines haven’t seen anything like this,” Arona said. “It’s kind of an interesting flip.” 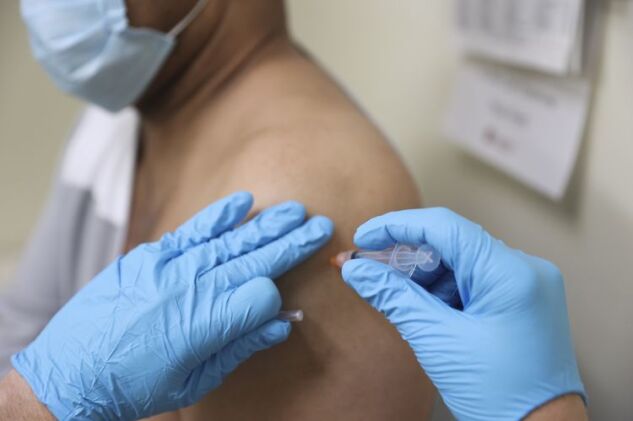 A person experiencing homelessness receives a dose of the Johnson & Johnson Janssen vaccine during an event at shelter in the Bronx borough of New York, on March 25.
Photographer: Angus Mordant/Bloomberg

Health officials in the New Orleans area had been using J&J’s shot to vaccinate people at locations like laundromats and bars as part of a widespread immunization campaign, which also included the homeless population.

Some of the outreach will continue yet with one of the two-dose vaccines available. Others will be delayed, including an event planned for Saturday at Kermit’s Treme Mother-in-Law Lounge, a bar and music venue in the historic Treme neighborhood of New Orleans. They decided to delay the event, dubbed “shots for shots.”

“How do you reach people? You reach them where they are. That was the beauty of J&J, it really allowed for these deep dives in the community, and I’m a little sad some of our events have had to be put on hold,” said Shantel Hébert-Magee, regional medical director for Louisiana’s health district that includes New Orleans.

, a practicing surgeon and president of Howard University, a historically black research university in Washington, D.C., has been actively encouraging Black residents to get vaccinated. Immunization rates for White Americans are 1.7 times higher than those for Black people, according to the Bloomberg .

The J&J pause will make their efforts more difficult, he said, and there’s a risk of exacerbating vaccine hesitancy among communities of color. But Frederick says stepped-up communication can help.

J&J’s convenient vaccine has been a key tool in outreach to college students, which is especially important in hotspots like Michigan where Covid is spreading among young people. Michigan State University planned to inoculate 3,000 students this week with J&J’s vaccine. The campus clinic switched to Pfizer when the pause was announced Tuesday morning, just hours before the first appointment.

While they’re able to honor reservations, giving college students Pfizer at this point in the year isn’t ideal as the vaccine requires two doses three weeks apart. There are just two weeks left in the semester.

Students are encouraged to receive their second shot on campus, said Dan Olsen, deputy spokesman at Michigan State. The school will give those returning home information on how to find another dose.

Providers like J&J because it makes planning easier. The Mecklenburg County Health Department planned a J&J vaccination event for Saturday at Camp North End, a sprawling site in Charlotte, North Carolina. Officials will now have to use Pfizer’s shot, which means they’ll need to plan another event in three weeks, said health director Gibbie Harris.

Health officials say they can manage the logistics yet perception is trickier. Examples from countries grappling with similar clotting issues observed in people who received vaccine offer a cautionary tale.

In March, countries across Europe suspended use of AstraZeneca’s shot following reports of serious blood clotting. Since then, Australia and Canada have advised against giving the vaccine to people under the age of 55 and 50, respectively. The U.K. advised that those under the age of 30 be offered an alternative vaccine. On Wednesday, Denmark stopped its AstraZeneca rollout.

Misinformation has already had an impact. A report by the Center for Countering Digital Hate says that about 150 anti-vaccine social media accounts gained more than 10 million followers last year.

Yet Sabrina Assoumou, an infectious diseases physician at Boston Medical Center, said the J&J pause also is an opportunity to show the public that the safety surveillance system is working and that the CDC is being transparent.

“In being responsible, the pause definitely has caused hesitancy to rear its ugly head again,” she said. “We were getting so much traction with the community, our percent positive cases in the region had dropped dramatically, and now things are sort of at a standstill.”

To contact the reporters on this story:
in New York at alavito@bloomberg.net;
in London at frutherford@bloomberg.net