never had the resources of rivals Grubhub Inc. and UberEats. Yet in November 2018 the online food ordering and delivery business went public through a merger with blank-check firm

Landcadia had some powerful names behind it. , a billionaire restaurateur, and , the chief executive officer of Jefferies Financial Group Inc., had raised $250 million in backing for Landcadia so that the special purpose acquisition company, or SPAC, could find and take public a promising startup like Waitr.

But Waitr turned out to be a disappointment. Its shares plummeted as it lost about 96% of its market value in 2019, down from a high of almost $1 billion. That triggered a class-action lawsuit claiming that Fertitta and Handler misled shareholders about the risks of Waitr’s business plan but pushed ahead with announcing their merger two weeks before Landcadia had to return investor money, as it promised.

Now, in what could soon be the first ruling of its kind since last year’s record number of SPACs went public, a federal judge is weighing to what extent sponsors of these ventures can be held liable for failing to deliver. A hearing is set for March 16 and a ruling could come shortly afterward. Landcadia, Waitr, Fertitta and Handler deny wrongdoing and are urging the judge to dismiss the case.

If the case is allowed to go forward, that could encourage other disgruntled SPAC investors to seek redress in the courts. In 2020, 248 SPACs went public on U.S. exchanges, raising more than $83 billion. This year is on pace to set a new record, with 143 SPACs raising more than $44 billion in IPOs as of Feb. 12. 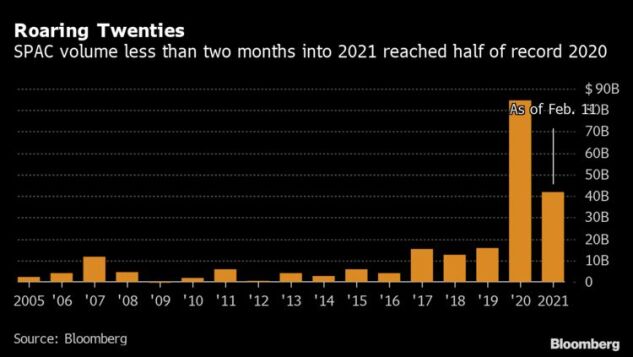 Since the start of 2019, 13 SPAC-related shareholder lawsuits have been filed, according to the Stanford Law School Securities Class Action Clearinghouse. With so many blank-check companies scouting for suitable acquisition targets, legal experts say the odds are there will be some duds and, inevitably, more litigation. 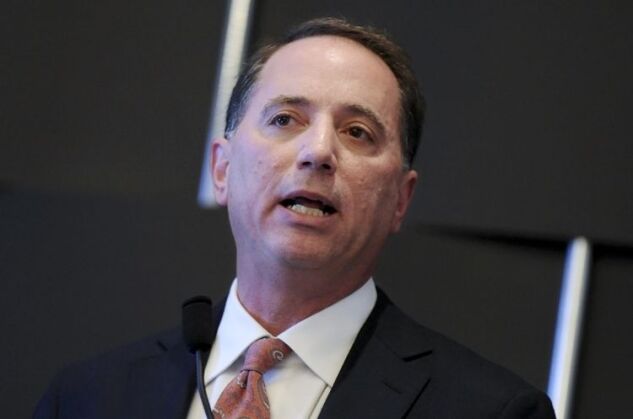 “You’re buying into the idea that this person is a good investor and that they will find a good deal,” said , an attorney with Glancy Prongay & Murray LLP in Los Angeles who represents shareholders in securities lawsuits. “You have to look at the sponsors because you’re relying on their investment experience and ultimately they are accountable.”

Fertitta, Handler and the other defendants have asked the judge to throw out the case because, they say, there’s no proof they weren’t sincere about what they told investors.

They “believed what they said about Waitr’s prospects, used their best efforts to achieve success, and accurately disclosed material facts regarding the specifics of the company’s financial performance,” their lawyers said in a court filing. “But their business efforts simply fell short in the face of serious competition.”

The plaintiffs say it should have been clear to Fertitta and Handler that Waitr was a bad bet for a merger and wouldn’t thrive as a food-delivery company aimed at small restaurants in under-served markets. As they see it, the problems ranged from Waitr’s management, to its location, to its business model.

Representatives of Fertitta, Handler and Waitr didn’t respond to requests for comment.

The company had problems from the start, shareholders claim. Its location in Lake Charles, Louisiana, was an obstacle to growth, making it difficult to recruit top-notch programmers and engineers, the shareholders allege. As a result, in 2019, after it had merged with Landcadia, Waitr outsourced its back-end technology and essentially became “a website that employed delivery drivers,” they allege.

Yet, when Fertitta told investors in 2018 about the planned $308-million merger with Waitr, he described it as having “a huge potential and a tremendous complementary relationship with my existing businesses.”

The big advantage Waitr touted was that it charged restaurants only 15% on the orders it handled, as opposed to the 20% and higher that other food apps charge. That take rate was unsustainable and after it had become a public company, Waitr increased it to as high as 30%, plus an extra 3% credit card processing fee, according to the complaint.

In addition, the company employed full-time delivery drivers rather than freelancers, which was an inefficient labor model that created huge fixed costs, according to the complaint.

Despite the many risks, the shareholders claim, Fertitta and Handler had an incentive to go ahead with the reverse merger with their SPAC in 2018: they were facing a looming deadline. Like most blank-check companies, Landcadia had a two-year time frame to make an acquisition or return investor money. Sponsors sometimes have as much as a 20% stake in a SPAC, giving them a windfall if they complete a deal -- or nothing if they don’t.

“As investors ultimately learned, a SPAC facing the end of its redemption period combined with an immature under-developed company that would otherwise have remained private is a recipe for disaster,” according to the complaint.

That’s what happened here, the plaintiffs say. Waitr’s shares collapsed after a series of disclosures in 2019. A unilateral increase in transaction fees prompted a lawsuit by a group of restaurants for breach of contract; the company gave up on developing its proprietary technology platform; and its chief executive officer, Chris Meaux, was replaced as quarterly net losses tripled from a year earlier, according to the complaint.

As for the explosion in SPAC activity in 2020, the two-year timetable means a corresponding surge in shareholder complaints -- and lawsuits -- may lurk down the road.

“Are there really that many worthy private companies that aren’t already on their own IPO track,” said Kevin LaCroix, an attorney at RT ProExec who blogs frequently about shareholder litigation. “The low-hanging fruit may have already been picked and will the next layer be ready to be a public company?”

A Sampling of SPAC Shareholder Lawsuits

To contact the authors of this story:
in Los Angeles at epettersson@bloomberg.net

in New York at ctse44@bloomberg.net