“As litigators, pretty much everything has a finite limit,” said Bentley, who along with Aguilar started her career at Big Law firm Willkie Farr & Gallagher. “Matters end up in settlement or at trial, so it’s important to have repeat clients or clients with different kinds of litigation.”

Their firm, Aguilar Bentley, has since landed clients like Morgan Stanley, Prudential Financial and payroll giant Automatic Data Processing, Inc. It has also added two more lawyers to its roster.

Bentley says getting the firm certified as women-owned shortly after its founding was a key part of its success. Even if the process was “burdensome.”

“We definitely have made money from a handful of cases that came through being certified,” Bentley said in an interview.

Small firms like Aguilar Bentley often obtain legal work through referrals from other firms who pass along matters they can’t handle due to conflicts of interest. But as major companies increasingly demand diversity from their outside lawyers, firms that are certified as women-owned can also tap into a separate stream of potential clients.

“Corporations buy legal services today in a significantly different way than they did even five years ago,” said Cynthia Towers, CEO of legal staffing and research provider JURISolutions Legal. “Certification will more often than not tip the scale” when a company is deciding between firms with similar experience and qualifications, she said.

At least a handful of organizations offer a process for certifying that a firm is women-owned. Certifiers review operating agreements, loan and other paperwork to ensure that women are at the helm. Women must account for at least 51% of a firm’s ownership and control in order for it to be certified.

The non-profit Women’s Business Enterprise National Council (WBENC), for example, partners with 14 regional organizations to vet applicants. Certification opens the door for women-owned enterprises to connect with corporations seeking a wide range of services, including legal. 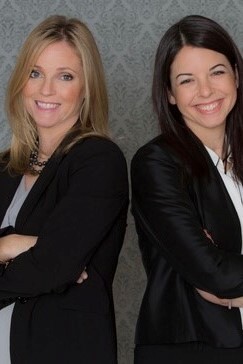 The council has around 450 company members, said Pat Birmingham, its senior vice president for marketing and technology.

The federal Census Bureau counts 400,000 women lawyers in the U.S., about 37% of the country’s attorneys. Women currently make up more than half (54%) of law school graduates, according to the American Bar Association, with more than 19,000 women graduating from accredited law schools in 2020.

Women account for nearly half of associates at the country’s 200 largest firms, according to a survey by the National Association of Women Lawyers. Still, lucrative equity partnerships and leadership roles in Big Law remain hard to come by. That’s drawn some women lawyers to launch their own firms.
Some small firm founders can rely on star power: Litigators Beth Wilkinson and Alexandra Walsh were already well known as trial lawyers when they launched litigation boutique Wilkinson Walsh in 2016. Others struggle to stand out, relying on a handful of lawyers or fewer to keep the office doors open and juggling legal work with business development demands.

Certification offers an opportunity for small firms to get on the radar at major corporations as they look to steer away from legal teams that have traditionally been overwhelmingly white and male. 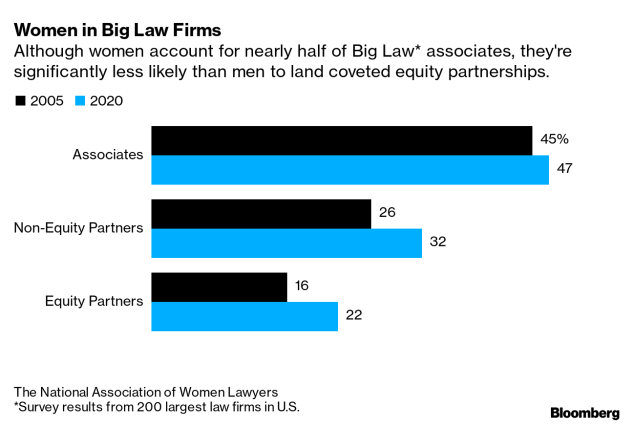 The organization has certified 18,000 women businesses in a range of sectors, including law firms and legal services providers. Certification costs are tied to revenues, from $350 for firms with annual revenue under $1 million to $1,250 for those with revenue of $50 million and above.

These organizations “get you a seat at the table,” said Culhane, a Dallas-based lawyer who spent nearly a decade at Akin Gump Hauer & Feld. Her 70-attorney firm represents the Kroger Company, among others. “We’ve grown a huge amount of relationships as result of work in NAMWOLF.”

Veteran Silicon Valley lawyers Joyce Tong Oelrich and Zohra Tejani set their sights on corporate legal provider lists when they founded TongTejani in 2020. The firm moved quickly to be certified as women-owned.

“The certification has been a plus,” Oelrich said, in an interview, “and it helped get our firm’s foot in the door” as outside counsel.

Being certified is often the first step in a long process of cultivating contacts and convincing corporate legal chiefs to hire them.

“As well intended as corporations are, they stick with what is comfortable,” Culhane said, referring to the practice of general counsels hiring lawyers they know.

For Bentley, its important to know your targets.

“We have to focus on who are the clients we want to attract,” she said. “It’s not putting up billboards in Times Square, but doing everything you can in a disciplined way to attend conferences, meetings, send updates or write articles.”