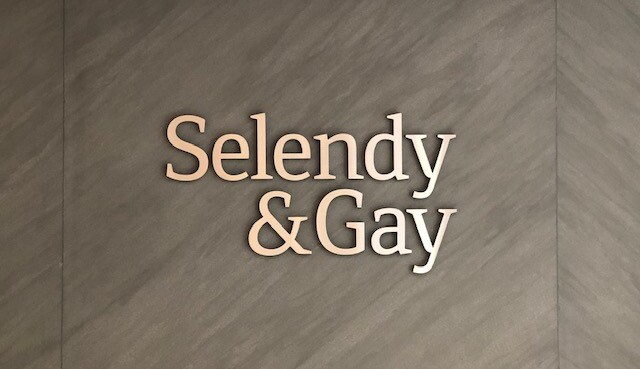 Working at majority women-owned Selendy & Gay is a “totally different atmosphere” that was shocking for founding partner Faith Gay, who has practiced at law firms for more than three decades, most recently at Quinn Emanuel Urquhart & Sullivan.

A year ago this week she and Philippe Selendy split from Quinn Emanuel to form their own boutique litigation firm. A group of 10 Quinn Emanuel partners had worked together for years and wanted to create a collaborative culture at Selendy & Gay apart from the fractiousness and conflicts of interest that can beset larger litigation firms.

“We have a much different gender mix, and clients notice it,” Gay told Bloomberg Law. “We work together, we handpick our clients, we choose what interests us; we’re not here to keep bodies busy.”

Their departure drew Quinn Emanuel founder John Quinn’s irritation, according to emails that were later made public.

Selendy & Gay are also contesting a provision in the Quinn Emanuel partnership agreement that requires departed partners to return 10 percent of legal fees earned from clients they took with them when they left for a new firm. Their case is pending in state court.

The New York boutique litigation firm has five women partners, including Gay, Jennifer Selendy, who also had worked at Quinn Emmanuel and is co-managing partner of Selendy & Gay, as well as Christine Chung, Maria Ginzburg and Yelena Konanova. The women partners, who are experienced trial and appellate lawyers, own a greater share of the new firm than the male partners.

Gay said the group wanted to build a law firm climate where women have an important voice.

“It is a totally different atmosphere. It was shocking to me once we put it together,” she said.

“For sure, there is a difference between how I grew up as a partner, in three large law firms, where I was generally by myself for most of the 35 years I’ve been practicing. Even in the best-intentioned firm, there were one or two women who might have power and they were not in the room at the same time.”

Now, she said, the firm’s lawyers can feel more confident.

“In our firm, you don’t have to think about how to maneuver this or that because I am absolutely the only person in the room of my gender, or if there is another woman, she is brand new, recently acquired and has no power.”

Gay said what clients see at the firm are women lawyers handling major cases. One such case is a federal class action against student loan servicer Navient. The suit alleges the company misled borrowers in public service professions, deterring them from accessing loan forgiveness programs in order to bolster its own profits.

Female law school graduates are entering law firms in increasing numbers, but studies show their progress is stalling out after they’ve arrived. A recent Bloomberg Law analysis found that only 38 percent of partners promoted at the top 15 firms by revenue in 2018 were women.

But even as women attorneys chafe against failure to gain partnerships, there are thus far few high-profile firms owned by women.

One is Wilkinson Walsh Eskovitz, founded by white-collar defense lawyer Beth Wilkinson, a former partner at white-shoe firm Paul Weiss, whose profile has been raised by taking on clients such as Brett Kavanaugh during his controversial confirmation. More common are firms like Estes Thorne & Carr, one of the largest women-owned firms in Texas, which practices a range of law from commercial litigation to family law.

Women-owned firms are growing in number, said Joel Stern, chief executive of the National Association of Minority and Women Owned Law Firms. About half of the association’s 200 members are women-owned firms, some with all female lawyers and others with a mix of genders.

“Women are finding out what they don’t like about big law firms, and starting their own where the environment is more about team work, and they can stop practices like origination credits, which hurt women and minorities,” Stern said.

That is the case with Selendy & Gay, which shares credit in the firm rather than parceling it out among a few partners.

As Selendy & Gay winds down its first year —its doors opened Feb. 15, 2018— the firm has landed a variety of clients, including Vote Solar, whose efforts to persuade Utah regulators could shape ratemaking proceedings around the country. Representing pro bono or contingency clients is about 30 percent of its work.

The firm also caught the industry’s eye by handing out bonuses for 2018 that exceeded those at some of the most prominent law firms.

The firm partners have graduated from holding meetings on the office terrace as they did in the early days, and are looking to expand office space. Although the firm will not open offices outside of New York, it plans to grow beyond a litigation boutique designation. Elsberg said it is seeking to grow to about 100 more full-time lawyers, and expects to grow to about 70 full-time lawyers this calendar year.

The firm is not averse to hiring laterally, but it has developed a specialized training program, hiring a Big Law firm veteran to train and coach associates from the time they join the firm. That includes how to best interact with clients.

“We want to be able to handle a case of any size,” said Jennifer Selendy, a co-managing partner, “but still be of a size where people all know everyone else.”

When asked how he felt about being a minority in his own firm, Philippe Selendy said, “I don’t think of it that way.”

“It’s an atmosphere where all lawyers can thrive,” he said. “I see it as a meritocracy.”

(The story has been revised to clarify the quote from Philippe Selendy in the fourth paragraph of the final section.)

To contact the reporter on this story: Elizabeth Olson in Washington at egolson1@gmail.com