Isolated with his family at home in San Francisco, Uber Chief Executive Officer Dara Khosrowshahi has been making pleading phone calls to members of Congress. Khosrowshahi is asking for a bailout—not for his company, which has told investors it should have at least $4 billion in cash by the end of the year—but for its idle drivers.

Uber Technologies Inc. and Airbnb Inc., the leaders of the so-called sharing economy, are suffering during the Covid-19 shutdown, but not in the same way as traditional travel companies like airlines or hotel chains. They’ve built their business models on offloading as many costs and as much risk as possible to their suppliers. Uber doesn’t have to pay salaries for drivers with little or nothing to do. Now it’s those Uber drivers, as well as Airbnb’s hosts, who have to worry about paying for cars and houses that are not generating income as they depreciate in value.

The companies are hardly immune to the fallout from the pandemic. Uber has lost about 20% of its market value since the end of trading on on Feb. 26, and Airbnb’s board at a recent meeting. But executives from both companies have focused on drivers and hosts when working the phones to secure some government relief. Uber also sent a letter to the White House and congressional leadership. Airbnb penned a letter of its own advocating for hosts.

After an early morning agreement, the massive bailout bill Congress is working seems set to extend unemployment benefits to independent contractors and sole proprietorships, bringing relief even to workers for platforms that haven’t been paying for unemployment insurance. In a letter to colleagues Minority Leader Chuck Schumer wrote that the bill “ensures that all workers are protected whether they work for businesses small, medium or large, along with self-employed and workers in the gig economy.” 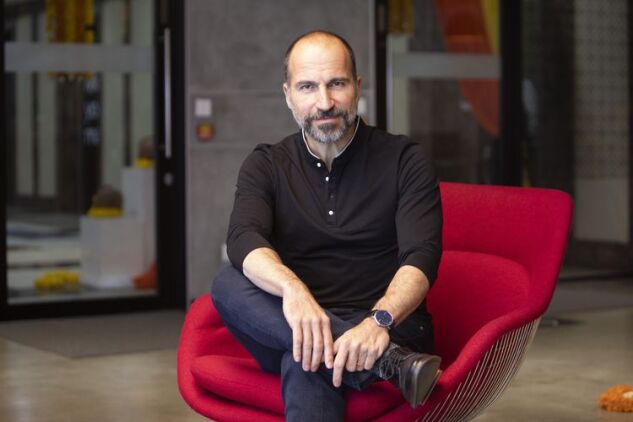 Khosrowshahi has spoken to at least 10 members of Congress in the past week, according to two people familiar with the matter who asked not to be named discussing private matters. Perhaps his most fruitful call came with Schumer, where the senator seemed to indicate support for protecting independent contractors, the two people said. A spokesman for the minority leader did not return a request for comment.

As he makes the rounds, Khosrowshahi has been reminded that being the chief executive of a $45.5 billion company doesn’t automatically make someone a power player in Washington. When he attempted to bend the ear of Senate Majority Leader Mitch McConnell, for instance, Khosrowshahi was shunted off onto a staffer. “He’s not even demanding to talk to the principals,” said Justin Kintz, Uber’s head of policy. “He’s willing to speak to anyone on the Hill who is willing to listen.”

Similarly, Airbnb’s three co-founders have spoken with more than a dozen members of Congress, making sure that U.S. hosts— who often file their taxes as sole proprietors—benefit from the bailout package, according to two people familiar with the matter who asked not to be named discussing private matters. They’ve also enlisted thousands of hosts to urge lawmakers to include people who earn income by renting property on Airbnb in their unemployment protections. Airbnb also wants to make sure hosts are eligible for Small Business Administration emergency loans.

While both companies are familiar with controversy, they believe they have a winning political issue. “To put it in a really fine perspective, 14% of our hosts are from households that include teachers,” said Chris Lehane, a long-time Democratic operative who runs Airbnb’s policy shop. 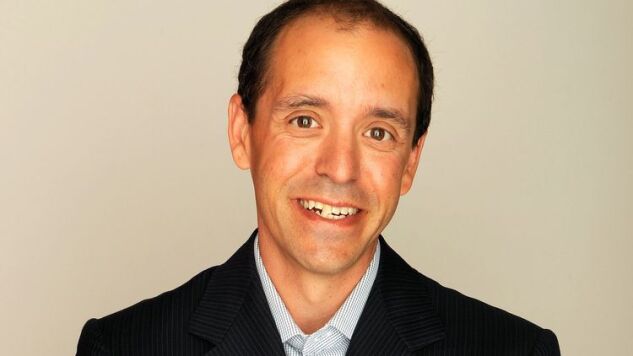 Uber is the leader of a larger group of companies who have pushed the boundaries of traditional employment that also includes Lyft Inc., Postmates Inc., and DoorDash Inc. All of them consider their workers to be independent contractors, and don’t provide benefits like health insurance. Airbnb hosts aren’t independent contractors, but are taking on financial risk in much the same way that ride-hail or delivery drivers do.

Critics of sharing economy companies have long argued their business models were creating circumstances that would make workers vulnerable during a downturn. By offloading risk onto workers, they’re also putting pressure on the governments to whom it will inevitably fall to support them. For its part, Uber has been arguing that states or the federal government create a new status of worker that is neither totally an employee or an independent contractor. “The company has been pushing for a third way for seven years,” said Lane Kasselman, a former Uber executive who advises startups. The vulnerability of workers now, he said, is “proof of what they’ve been saying all along.”

Patricia Smith, who was solicitor of labor under President Barack Obama, said Uber was “taking advantage of a crisis” by pushing for a new legal status of work, predicting such a move would inspire other companies to push employees into situations with fewer benefits. “All you’re going to do is open the door to even more misclassification,” she said.

While Uber is eager to advocate for its workers, it has not moved to use the $10 billion it had in cash as of the end of February to provide relief itself. Doing so could increase the likelihood the company would be compelled to continue paying out those benefits going forward, the company says. Uber has however said it will compensate drivers who suffer from coronavirus.

Uber’s turn towards driver advocacy hasn’t gone unnoticed. “A little ironic, right? Uber has spent so much time and money fighting reclassification,” ” said Bradley Tusk, a startup advisor who previously worked with Uber but sold his shares. “Now there’s all of a sudden an upside of people being treated as employees and they want it.”

(Updates starting in the third paragraph to reflect updated market cap, new details to reflect status and content of stimulus bill, and Uber’s compensation of drivers with coronavirus.)

To contact the author of this story:
in New York at enewcomer@bloomberg.net