Mayer Brown’s Nicole Saharsky will argue at the Supreme Court on April 24, taking a step closer to Williams & Connolly’s Lisa Blatt as the most experienced female SCOTUS advocate.

Saharsky, who will notch her 30th argument in Taggart v. Lorenzen, “has argued more cases in the Supreme Court than any other woman over the last decade,” according to Mayer Brown.

Blatt has argued 37 cases, including two this term. She recently returned to Williams & Connolly to head its Supreme Court and appellate practice, suggesting that she’ll continue to rack up high court arguments.

Saharsky also trails Patricia Millet, who had 32 high court arguments before taking a seat on the D.C. Circuit in 2013.

Saharsky is one of six female advocates who will take the podium during the last oral argument sitting of the Supreme Court’s 2018 term. Two are from firms, and four from government.

Men still far outnumber their female counterparts, 28 to six in the April sitting and 153 to 32 during the court’s seven months of arguments. 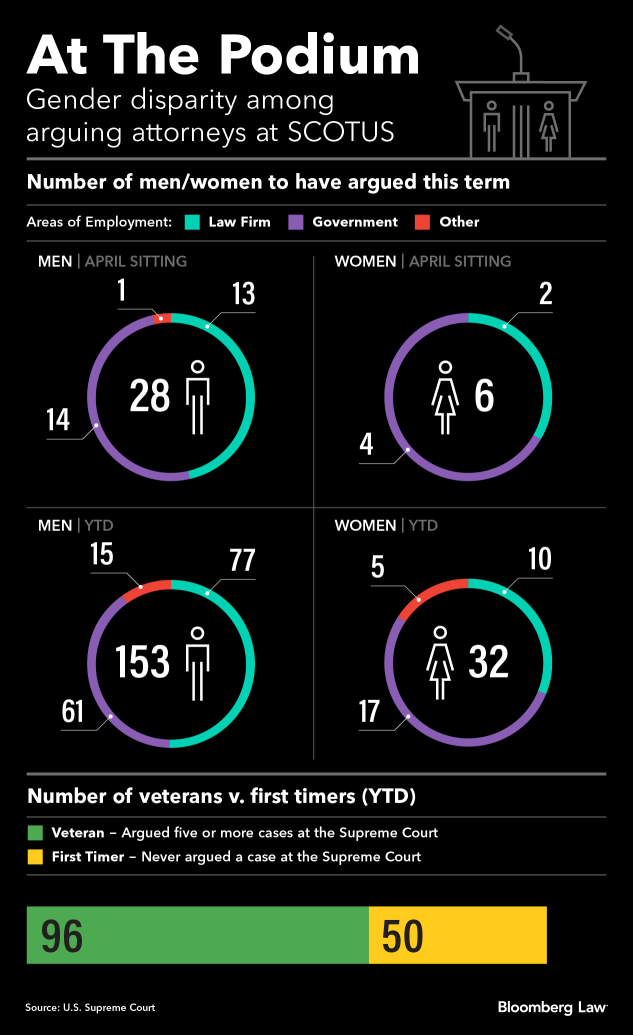