Elon Musk waves while arriving for a conference discussion in Washington on March 9, 2020.
Photographer: Andrew Harrer/Bloomberg

sued over his abandoned $44 billion takeover bid, accusing the billionaire of having buyer’s remorse after his fortune declined.

Lawyers for Twitter told a Delaware judge that the world’s richest man should be forced to honor his agreement to pay $54.20 a share for the San Francisco-based social-media platform. Musk abandoned the deal Friday, citing in part concerns about the number of fake accounts among users.

The filing sets up what will be a closely watched court battle between Musk and Twitter, a communications tool that the billionaire favors but where his missives have previously gotten him in legal trouble. The lawsuit hit back at a number of Musk’s claims, saying that it “has bent over backwards” to provide Musk with the information he’s requested.

“Having mounted a public spectacle to put Twitter in play, and having proposed and then signed a seller-friendly merger agreement, Musk apparently believes that he — unlike every other party subject to Delaware contract law — is free to change his mind, trash the company, disrupt its operations, destroy stockholder value, and walk away,” Twitter said in the lawsuit.

Musk backed out of the deal to buy the platform on July 8 saying in a regulatory filing that the company has made “misleading representations” over the number of so-called spam bots on the service. Twitter hasn’t “complied with its contractual obligations” to provide information about how to assess how prevalent the bots are on the social media service,” Musk said in a letter to Twitter.

Musk also argued that Twitter has failed to operate its normal course of business. The company instituted a hiring freeze, fired senior leaders and saw other major departures. “The company has not received parent’s consent for changes in the conduct of its business, including for the specific changes listed above,” Musk said in the letter, calling it a “material breach” of the merger agreement. 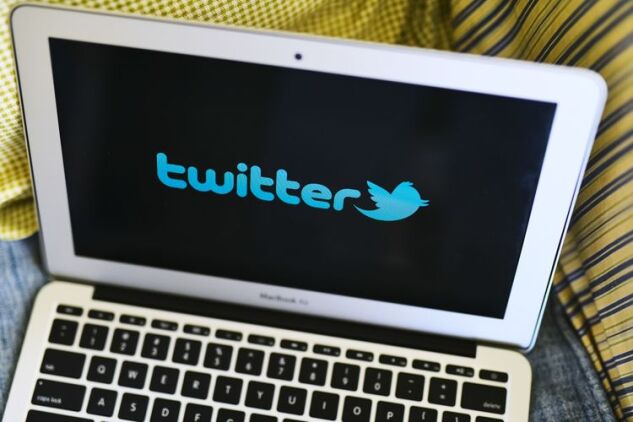 WATCH: Twitter Founding Member Jason Goldman speaks about the fallout from the Musk-Twitter deal, what’s next in Delaware court, and where the social media company goes next.
Source: Bloomberg

Twitter said it provided Musk, the co-founder of electric-carmaker Tesla Inc., with “the full ‘firehose’ data set that he has been mining for weeks,” handing the billionaire “granular monthly reporting identifying each of the sampled accounts by ‘user id’ and the determination as to whether the account was false or spam, along with the calculations supporting Twitter’s estimates, going back to January 1, 2021.”

, an attorney for Musk, didn’t have an immediate comment.

Twitter said that in Musk’s termination notice, he claimed the company withheld information that “does not exist, has already been provided, or is the subject of requests only made recently,” the suit said. “All of this information sweeps far beyond what is reasonably necessary to close the merger.”

It added that Musk’s unsolicited offer was accompanied by a threat: “My offer is my best and final offer and if it is not accepted, I would need to reconsider my position as a shareholder,” he told the company in an April 13 letter, according to the suit.

Musk’s deal with Twitter had included a provision that if it fell apart, the party breaking the agreement would pay a termination fee of $1 billion, under certain circumstances. Legal experts have debated whether the conflict over spam bots is enough to allow Musk to walk away from the deal.

The merger agreement also includes a specific performance provision that allows Twitter to force Musk to consummate the deal. Twitter must prove it didn’t violate the buyout agreement’s terms and that Musk breached the pact by pulling out. The company hired merger law heavyweight Wachtell, Lipton, Rosen & Katz to represent it in the fight.

Musk “is the underdog in court,” , a litigation analyst for Bloomberg Intelligence, said in a note before the suit was filed. “While Musk didn’t get all the data he sought, he will still struggle to prove a material breach.”

Twitter told staff in a memo that it has asked for the case to be heard on an expedited basis, in September.

“This repudiation follows a long list of material contractual breaches by Musk that have cast a pall over Twitter and its business,” the lawsuit said. “Twitter brings this action to enjoin Musk from further breaches, to compel Musk to fulfill his legal obligations, and to compel consummation of the merger upon satisfaction of the few outstanding conditions.”

Twitter pointed to an estimated $100 billion loss in Musk’s personal wealth from Tesla’s peak in November 2021, saying: “Musk wants out.” The company accused him of trying to have Twitter’s shareholders “bear the cost of the market downturn.”

While he hasn’t been sued by the company before, Musk has faced several Twitter-related legal challenges in the past, including winning a defamation suit by someone that he called a on the platform.

His 2018 “funding secured” tweet about taking Tesla private spurred several lawsuits and an inquiry by the US Securities and Exchange Commission. In April, to get out from under terms of the 2018 settlement he agreed to with the SEC, which required review of any Tesla-related tweets.

Delaware, the corporate home to more than 60% of Fortune 500 companies, has a court system that is well-versed in business battles. In recent years, the chancery court has ruled on failed mergers such as the combination of insurers and , as well as retailer and jeweler

Earlier this year, Musk won a by investors who claimed that the Tesla buyout of SolarCity was improper.

Twitter shares lost 12% of their value in the first trading day after Musk announced he was walking away from the deal. The stock is down 21% from the start of the year, trading at $34.04 at the close Tuesday.

“Musk refuses to honor his obligations to Twitter and its stockholders because the deal he signed no longer serves his personal interests,” Twitter said in the suit.