shareholders approved billionaire ’s proposed $44 billion buyout, paving the way for a trial next month to determine the deal’s fate. 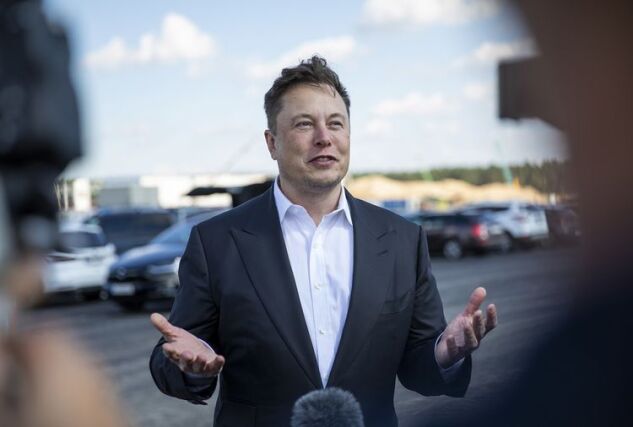 A majority of Twitter shareholders voted in favor of accepting Musk’s $54.20-a-share offer to acquire the social-networking company, according to a preliminary vote count read on Tuesday. Musk made the bid in April and has since sought to rescind it. Twitter’s board -- along with two prominent advisory firms -- had encouraged investors to ratify the deal. The company’s shares were little changed after the vote and closed at $41.74, well below Musk’s proposed price.

The special shareholder meeting convened for the tally lasted 7 minutes, with polls open for about 3 minutes. Investors could also submit votes for several weeks ahead of the meeting, and Twitter sent numerous messages encouraging them to vote ahead of time.

While investor approval was required to finalize the deal, its consummation is far from a sure thing. Musk in July said he was canceling the agreement, claiming that Twitter misled him about the size of the company’s user base and the number of bots and spam accounts. Twitter denies those accusations, and sued Musk in a Delaware court to force him to complete the acquisition. Musk then counter-sued the company.

The company said 98.6% of the votes cast were of the deal. Musk, Twitter’s largest shareholder, didn’t vote at all, according to two people familiar with his decision. Musk owned nearly 10% of Twitter -- more than 73 million shares -- when he agreed to acquire the company.

Lawyers for both Musk and San Francisco-based Twitter for weeks have been fighting over witnesses, evidence and even the court date. The trial is currently set for the week of Oct. 17 in Delaware Chancery Court. From Twitter’s perspective, the shareholder vote approving the transaction was all Musk needed to move forward with the deal. Musk disagrees, and has asked for more disclosures from the company.

Musk has recently sought to bolster his case by citing revelations from a former senior Twitter executive-turned-whistle-blower who came forward at the end of August. Peiter “Mudge” Zatko, Twitter’s former head of security, alleges that the company is in violation of multiple regulatory requirements, has lax security practices and has given misleading information about the number of bots on its service.

Twitter denies Zatko’s claims, calling him a disgruntled former employee who was fired for poor performance. Last week Judge Kathaleen St. J. McCormick, who is set to oversee the trial in October, said Musk some of Zatko’s whistle-blower complaint in his argument against Twitter, but denied his attempt to push the trial back.

Zatko testified before a US Senate committee earlier on Tuesday, saying his former employer is reckless with personal user data and saddled with outdated security tools. Multiple senators said that there needs to be more formal regulatory oversight for tech companies like Twitter, though nothing specific was put into motion.

(Updates to add Musk’s decision not to vote in fifth paragraph.)