She’s exploited every trope of modern womanhood and she’s not done. Will the jury see through Elizabeth Holmes’ shenanigans or will her privilege carry the day?

I’ll say this much for Elizabeth Holmes: She sure knows how to play the gender game. Is there a trope of modern womanhood that the embattled founder of Theranos hasn’t deployed?

First, she was the wunderkind of tech—the girl genius who socked it to the boys in Silicon Valley with her revolutionary medical invention. She epitomized the Lean-in ethos of the era: She “sat at the table” (actually, at the head of the table) and “faked it until she made it”—taking that mantra to a whole other level.

Now, facing federal criminal charges for allegedly doing just that—faking it—Holmes has a new incarnation: victim of the patriarchy. In a recently unsealed court filing, her lawyers write that she suffered “intimate partner abuse” at the hands of her former lover and business partner Ramesh “Sunny” Balwani.

Oh, she just had a baby too—so add busy mom, trying to juggle it all, to the list.

Which brings me to what really intrigues me: Holmes as an avatar of White female privilege. Let me blunt: Could Holmes have duped so many high-powered people (men, mainly) and risen to such ridiculous heights (at one point she was worth $4.5 billion) if she didn’t have the White woman card in her deck? And will this be her “get-out-of-jail” card too? 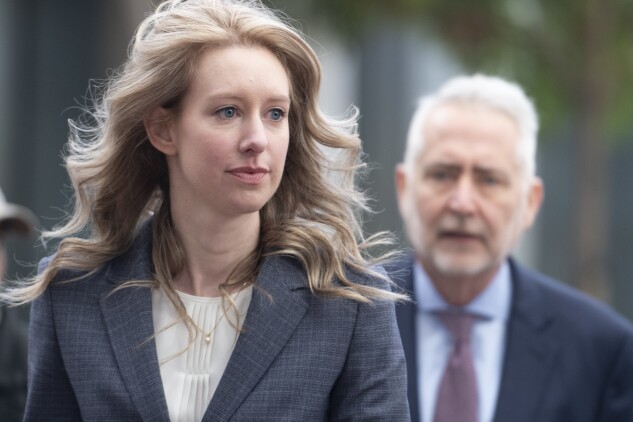 Holmes’ meteoric rise in hyper-competitive Silicon Valley reads like a fairy tale in which it seems inevitable that the princess will be White. Indeed, Holmes’ privileged background prepared her for the role: The daughter of a former Enron executive, she went to a tony private school in Houston (St. John’s School), then Stanford University (albeit for only a year). It’s hard to imagine a woman of color who dropped out of college at age 19 securing the sky-high funding that she did. (She raised over $700 million and her company had a $9 billion valuation.)

While women in general have a hard time getting funding in tech, for minority women—Black women in particular—the odds are ridiculous. “Women make up 2% of [venture capital] funding, and Black women make up 0.34% of VC funds,” says Bari Williams, a former counsel at Facebook and University of California, Hastings Law alum who’s now a tech advisor and diversity advocate. Black women, she says, face constant questions and seldom get funding for their potential. “They would have been asked why didn’t you get such and such scholarship, or have a certain GPA,” says Williams, adding that funders tend to “pit women of color against each other.”

And then there’s the Daddy Warbucks factor—that parade of powerful (White) men that Holmes wrangled onto Theranos’ board—including Henry Kissinger (who once described her as “ethereal” to the New Yorker), George Shultz, Sam Nunn, William Frist, James Mattis, and David Boies. She also attracted bigwigs like Rupert Murdoch who reportedly invested $100 million in Theranos—which he eventually lost.

Were they all dazzled by her brilliance? Besotted with her charm? Or did Holmes remind them of a daughter who needed nurturing? Put another way: Could a young woman of color assume the role of daughter to so many White men the way Holmes did?

Even more fascinating to me is how gender and race will be playing out in the trial phase of the Holmes saga. Already Holmes’ principal lawyers—Kevin Downey and Lance Wade of Williams & Connolly—are arguing that Holmes was abused and controlled by her then boyfriend and Theranos Chief Operating Officer Sunny Balwani, suggesting that she lacked the free will to commit fraud.

Journalist John Carreyrou, who broke the story about Theranos’ alleged falsehoods in The Wall Street Journal in 2015, aptly calls it the “Svengali defense” in his excellent podcast Bad Blood: The Final Chapter. Though Carreyrou doesn’t mention the racial dynamics at play, you can’t miss it: Holmes, the fair young innocent (she was 18 and Balwani 37 when they met) suffering alleged physical and mental abuse at the hands of her older, Pakistan-born (read: swarthy) boyfriend—the Svengali figure. It’s almost a tableau of the White maiden being menaced by the sinister dark man. As a colleague noted, it’s straight out of “Othello.”

“She’s on the ropes so she now claims she was enthralled by this older man—of color,” says NYU Law School professor Melissa Murray. “Her defense is, how could anyone resist this magnetic, exotic man?” The “Svengali defense,” adds Murray, plays into the “fetishization of people of color.”

Holmes might feel her best shot at liberty is to blame Balwani and let the subliminal racism chip fall where it may, but what are the chances the jury or anyone will buy Holmes’ shift to victimhood?

”She’s carefully cultivated an image of someone who’s very much at the helm, who’s self-possessed, and that [the invention] was her brain child,” says Fordham Law School professor Cheryl Bader, a former Assistant U.S. Attorney in New Jersey. “She was the front person, and now the defense is saying she was controlled by a puppeteer? That’s a hard sell.”

But that doesn’t mean it’s an impossible sell. “It’s unusual play to suddenly shift the blame to Balwani, and it’s obvious that it plays into gender and racial stereotypes,” says Murray. “There’s a lot going on, but I wouldn’t count her out.”

Already, it seems Holmes is polishing her damsel in distress act. (Query: isn’t a damsel in distress by definition White?) For starters, she’s no longer wearing her Steve Jobs black turtleneck and pulled-back hair. Her hair now flows loosely around her face, and she’s wearing light color blouses.

What’s more, her lawyers voiced a “strong preference,” as Bloomberg News reports, that Holmes be allowed to participate in the trial without a mask—presumably to humanize her and highlight her “ethereal” quality. So far, though, everyone in court, including Holmes and the judge, are masked.