Litigating against over its sales-commission practices has been tough, but “it’s been fun,” plaintiffs’ counsel Matthew E. Lee, a partner at Whitfield Bryson LLP in Raleigh, tells Bloomberg Law.

Lee and his co-counsel scored a major victory against IBM in May, when the U.S. Court of Appeals for the Fourth Circuit revived their client Justin Fessler’s claims that the company had unlawfully capped his sales commissions, after repeatedly telling him that his earning potential was limitless in sales meetings and PowerPoint presentations. 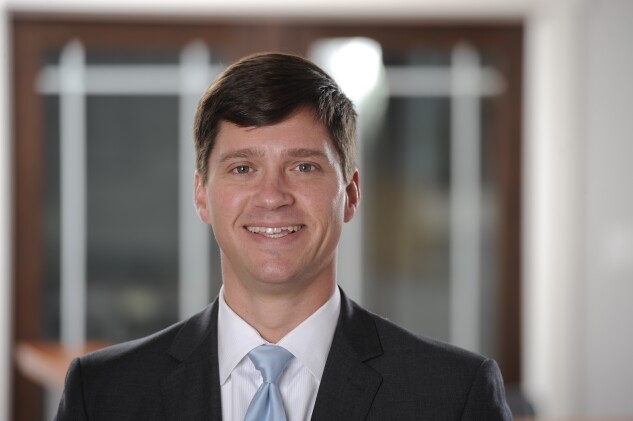 The Fourth Circuit reversed the U.S. District Court for the Eastern District of Virginia’s decision to dismiss the suit, saying that Fessler had alleged enough facts to allow a jury to conclude that he reasonably relied on IBM’s statements.

The “stakes were really high” on that appeal, Lee said in a July 27 interview, because the court’s decision controlled the outcome of several similar cases pending against IBM over its sales commission practices.

It helps to work with a great team. “The three of us together, we complement each other well,” Lee said, referring to his co-counsel Jeremy Williams of Whitfield Bryson and Mark Sigmon of Sigmon Law PLLC.

“I don’t think anything happens in the litigation world,” especially at this level, “with one person,” he added.

Lee began working in complex plaintiffs’ litigation immediately after earning his law degree in 2006 from Wake Forest Law School. He first learned about IBM’s commissions practices when a friend from his college years at Catholic University came to him with the case.

As he dug deeper, it struck him how, in case after case, IBM had consistently beaten back these types of claims, to the point where it looked “very bleak for a plaintiff.”

But Lee said his team is well-equipped to explore cases like this and “go toe-to-toe” with IBM and its lawyers at Jackson Lewis PC.

“That’s the beauty of our system, it’s the great equalizer,” Lee said.

IBM has argued that its incentive plan letters contain disclaimers about commissions that put sales staff on notice of the company’s ability to adjust the payments.

Next Up, California Class

After beating IBM’s dismissal and summary judgment motions and negotiating settlements for individual clients in multiple cases, Lee and his team filed a proposed class action in California in late 2019.

IBM doesn’t comply with that rule with its sales employees, Lee said, and at least one California federal court has agreed with that argument.

‘It Always Takes a Team’

Teamwork and preparation are more important than ever, with growing caseload and the ongoing coronavirus pandemic.

Depositions are especially critical in these cases, so attorneys need to be “ready for battle,” Lee said. That means knowing the documents, asking the right questions, and pinning down the right issues.

Having a good document management system and a strong support staff also “makes a huge difference,” Lee said. The team also talks regularly on the phone to stay organized and keep track of deadlines, especially during the pandemic.

“You do lose something, particularly in depositions, being remote,” but briefing tends to take precedence in federal court, Lee noted.

Working remotely does have its upsides, though.

Before the pandemic, Lee often had to travel from Raleigh to San Francisco to attend court hearings and scheduling conferences for his cases in the Northern District of California. With courts conducting more matters remotely, he’s now able to prepare at home and argue from a conference room.

To contact the reporter on this story: at kdailey@bloomberglaw.com