The tabloid publisher who killed damaging stories about Donald Trump is telling U.S. prosecutors about the plans he hatched with members of Trump’s team in the earliest days of the campaign.

At least one unidentified campaign member joined Trump lawyer Michael Cohen in an August 2015 meeting with David Pecker, the publisher of the National Enquirer, to discuss suppressing negative news stories during the election, the U.S. said.

Prosecutors’ reference to unidentified campaign staff suggests that the number of Trump associates in legal trouble is still expanding. 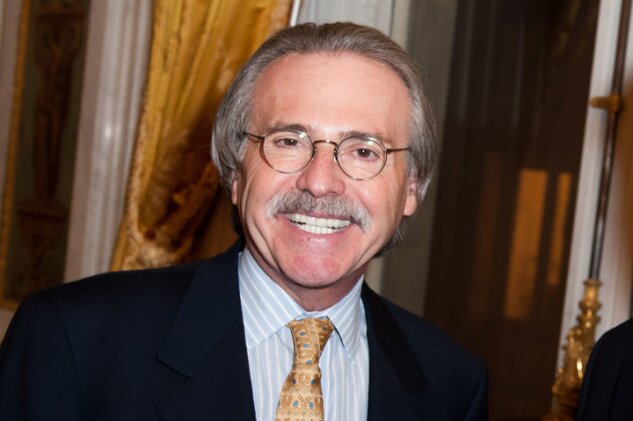 The deeper involvement of Trump’s campaign staff was revealed Dec. 12 by federal prosecutors in New York, who disclosed they had reached a non-prosecution agreement with American Media Inc., the National Enquirer’s publisher.

Under the deal, AMI admitted it worked with the campaign to kill stories “about the presidential candidate’s relationships with women” and agreed to cooperate. Pecker agreed to identify any damaging information about Trump that came his way and suppress it by buying the stories and not publishing them -- a practice known as “catch and kill.”

The deal with prosecutors was announced shortly after Cohen, Trump’s longtime lawyer and fixer, was sentenced to three years in prison. That was in part for his role in a $150,000 payment by AMI to silence former Playboy model Karen McDougal about her alleged extramarital affair with Trump. According to documents filed in the AMI matter, Cohen promised that AMI would be reimbursed for buying her story.

While Trump has focused his wrath on Special Counsel Robert Mueller’s probe of Russian interference, the New York probe of campaign finance violations is a significant threat to the president since prosecutors have used court filings about Cohen to tie Trump to the scheme.

“You now have AMI admitting that the payments were made for the purpose of influencing the election,” said Robert Mintz, a former federal prosecutor who is now in private practice in New Jersey and isn’t involved in the case. “It’s a critical admission because, if true, it transforms the payment into a criminal violation as opposed to simply a private transaction.”

Under the Sept. 20 agreement, AMI won’t be prosecuted and must cooperate for three years. The deal marks a change of allegiances for one of Trump’s biggest supporters, AMI Chairman and Chief Executive Officer David Pecker. Potentially a key witness for the government, Pecker has been a close friend of Trump and gave positive coverage to his campaign in the National Enquirer.

AMI has “provided substantial and important assistance” to the prosecutors in New York, the government said in its agreement. “AMI has made various personnel from AMI available for numerous interviews; engaged outside counsel to ensure the integrity of its compliance with and responses to subpoenas; and responded to numerous requests from prosecutors for various specific items of information.”

In August 2015, Pecker met with Cohen and “at least one other member” of the Trump campaign, according to the agreement. “Pecker offered to help deal with negative stories about that presidential candidate’s relationships with women by, among other things, assisting the campaign in identifying such stories so they could be purchased and their publication avoided.”

One deal was struck arose on Aug. 5, 2016, when AMI agreed to acquire the “limited life rights” of McDougal -- identified in the agreement as a “model and actress” -- including her story of her relationships with “any then-married man” in exchange for $150,000. That amount was substantially more than the company would otherwise pay because of Cohen’s assurances to Pecker that AMI would be “substantially reimbursed.”

AMI admitted that its purpose was “to suppress the model’s story so as to prevent it from influencing the election,” according to the agreement. At no time did AMI intend to publish the story, and the company failed to report the $150,000 payment to McDougal to the Federal Election Commission, the company admitted.

In late August 2016 and into September, Cohen told Pecker he wanted to pay $125,000 for the rights to McDougal’s story about her relationship with Trump, the company said.

To contact the editors responsible for this story: David Glovin at dglovin@bloomberg.net Jeffrey D Grocott