named finance executive to lead its board as chair, making her one of the highest-profile Black directors in corporate America.

Hobson, co-chief executive officer of , replaces , who’s retiring. The transition will occur in March. Ullman was named chair and Hobson vice chair in 2018 when long-time Starbucks leader Howard Schultz down from the coffee chain.

“Over nearly two decades, I have seen the company continue to elevate and transform its business -- adapting to various market environments and evolving consumer trends,” Hobson said in a . “I look forward to working with the board and talented leadership team on accelerating our strategy, supporting our valued partners, and continuing to create significant value for all of our stakeholders.” 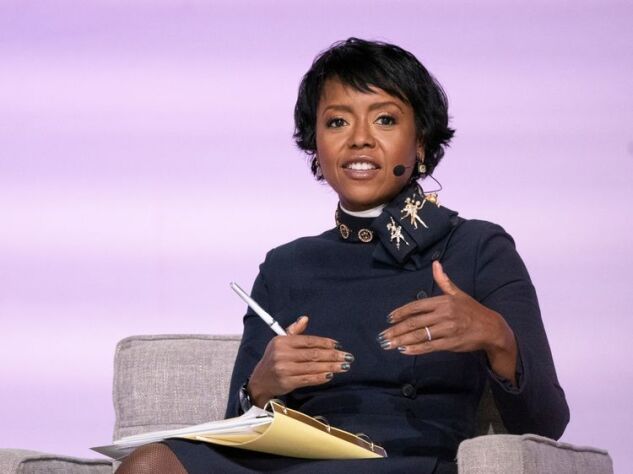 Hobson’s promotion comes at a time when the top ranks of the biggest U.S. companies are still largely dominated by White men. The representation of women and people of color in U.S. companies has come under increasing scrutiny this year, especially following calls for social justice after the death of George Floyd in May. As pressure mounts for companies to improve the diversity of their leadership ranks, a number have moved in recent months to to their boards -- sometimes for the first time.

Only 15 companies have a female chair among S&P 500 companies where the director is not also the company CEO, according to Bloomberg data. None of those women are Black. Ursula Burns preceded Hobson as a pioneering Black female chair when she led Xerox Corp.’s board from 2010 to 2017.

In addition to her board seat at Starbucks and one at JPMorgan Chase & Co., Hobson, 51, previously served as chair of DreamWorks Animation. At Ariel, Hobson oversees management, strategic planning and growth for areas other than research and portfolio management. Earlier this year, Princeton University it would name a residential college for alumna Hobson, recognizing her donation for a project to be built at a site that once honored Woodrow Wilson.

, an economist and author, said Hobson is “the best of our generation.” Moyo has praised Hobson for being an advocate of financial literacy, and the two women have appeared together at the Economic Club of Chicago.

The Seattle-based coffee chain has focused recently on expanding diversity in its ranks and improving race relations. The company said in October that it would executive compensation to diversity targets, joining a growing number of companies this year putting financial incentives behind the efforts.

The coffee chain has had a at times with the Black community. In 2018, two Black men were arrested at a Philadelphia Starbucks for sitting in the restaurant without purchasing coffee, sparking protests and prompting the company to institute “unconscious bias” training for store managers. More recently, Starbucks faced a social-media backlash for reportedly banning employees from wearing Black Lives Matter apparel. The company subsequently created its in support of the movement.

Earlier this year, Starbucks joined the Board Diversity Action Alliance, which advocates for representation of racially and ethnically diverse corporate boards. As of September, Starbucks’ board is 46% people of color and 39% female, the company said.

The coffee chain’s most recent publicly disclosed racial data for all U.S. employees shows Black people are still underrepresented at the top ranks, with 3 out of 53 top executives and about 2% of managers identified as Black or African-American in the 2018 filing with the Equal Employment Opportunity Commission.

To contact the reporters on this story:
in San Francisco at eludlow2@bloomberg.net;
in Chicago at jroeder@bloomberg.net