is eliminating almost a quarter of its workforce and shuttering offices after a punishing first year as a public company.

The app-based brokerage dismissed 780 people, or about 23% of staff, and also announced the departure of a top executive Tuesday. Reductions were concentrated in operations, marketing and program management functions, Chief Executive Officer said in a .

A pandemic trading boom -- including the meme-stock frenzy that drove up shares of and others -- fueled the firm’s drive to an initial public offering in July 2021. The business quickly slumped, with monthly active users on its app declining and shares cratering.

“I anticipated that what we saw in 2020 and 2021 in terms of market conditions would last longer than it turned out to last, and so that’s on me,” Tenev, 35, said in a conference call with journalists. “The reality of it was we over-hired, in particular in some of these support functions.”

The move, which follows an earlier headcount reduction in April when Robinhood eliminated about 9% of its staff, brings the total number of employees dismissed this year to more than 1,000. 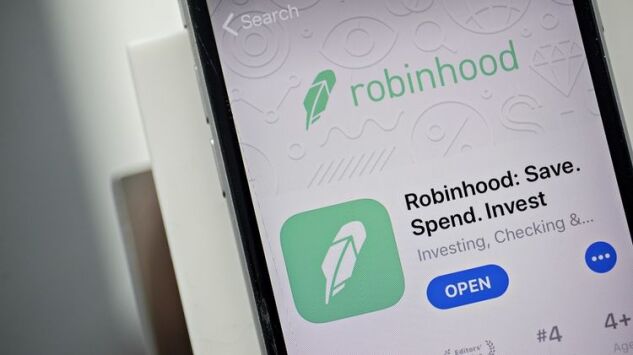 WATCH: Robinhood Markets slashed almost a quarter of its workforce in a broad reorganization after a punishing first year as a public company.
Markets: The Close.”

In a separate Tuesday, Robinhood said Chief Product Officer is leaving the company and that it will close two offices. The firm will incur $30 million to $40 million of charges for severance and benefits and $15 million to $20 million tied to the office closures, according to the filing.

The company will transition to a model where “general managers” take broad responsibility for parts of the business to get rid of hierarchies, Tenev said in the statement.

Tenev, who founded the company in 2013 with Stanford University roommate , told employees they would receive a Slack message about their status. Those who are losing thier jobs will be allowed to stay with the firm until Oct. 1.

Robinhood also reported second-quarter results a day ahead of schedule, saying its net loss for the period was $295 million, or 34 cents a share. Net revenue tumbled 44% from a year earlier to $318 million.

Shares of Robinhood, which lost more than three-quarters of their value since the IPO, slid 1.5% to $9.09 in extended trading at 5:39 p.m. in New York.

To contact the reporter on this story:
in New York at amassa12@bloomberg.net

To contact the editors responsible for this story:
at peichenbaum@bloomberg.net