US Chief Justice said he’s concerned criticism of the Supreme Court over controversial decisions has veered into attacks on its legitimacy as an institution.

Speaking publicly for the first time since the court eliminated the constitutional right to abortion, Roberts said criticism of rulings is “entirely appropriate,” but that the court’s role doesn’t change because people disagree with its decisions. 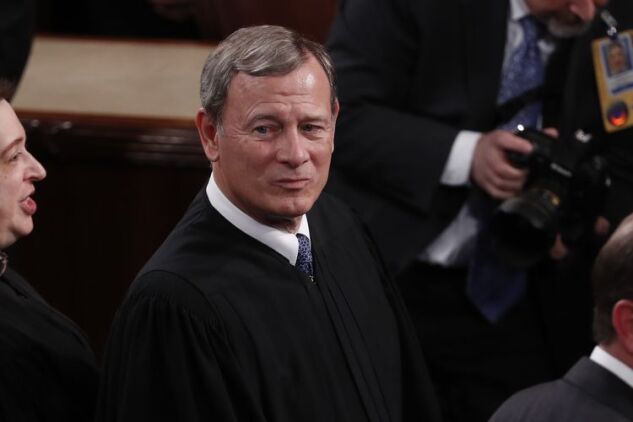 “People can say what they want,” he said late Friday at a conference in Colorado Springs, Colorado, where lawyers and judges gathered to discuss legal developments. But “simply because people disagree with an opinion is not a basis for questioning the legitimacy of the court.”

In May, the publication of a leaked draft of a decision by the court’s majority to overturn Roe v. Wade triggered nationwide protests, with some activists marching outside the homes of Roberts and Justice , and prompted authorities to ramp up security measures, including installing barricades around the court on Capitol Hill. More demonstrations ensued after the court issued its ruling on June 24.

Roberts, 67, said Friday it was “gut-wrenching” to drive into the Supreme Court and see those barricades.

“The barricades are down and when we take the bench the first Monday in October at 10 a.m, the public will be there to watch us,” he said.

In his brief remarks, the chief justice didn’t make a specific reference to the abortion ruling, which has wreaked political and legal chaos in its wake as state lawmakers have rushed to pass legislation aimed at creating the most rigorous restrictions on abortion or enshrining the right.

“If the court doesn’t retain its legitimate function of interpreting the Constitution, I’m not sure who would take up that mantle,” he said. “You don’t want the political branches telling you want the law is. And you don’t want public opinion to be the guide of what the appropriate decision is.”

Roberts, who was appointed to his post in 2005 by then-President , is attempting to steer a court transformed by three conservative appointees of former President : Justices , and Kavanaugh.

While he voted with the other five Republican-appointed justices to uphold Mississippi’s 15-week abortion ban, Roberts said he would have left the core abortion right in place. He wrote a separate opinion calling the decision to overturn Roe, which legalized abortion nationwide in 1973, a “serious jolt to the legal system.”

A national conducted by Marquette University Law School after the historic ruling in Dobbs v. Jackson Women’s Health Organization found that public approval of the court was down to 38%, compared with 60% about a year earlier.

In what was a transformational term for the court, the justices also issued major rulings that expanded gun rights and restricted the authority of the Environmental Protection Agency.

, a former appeals court judge who teaches at Stanford Law School, said he was surprised that the judges who interviewed Roberts at Friday’s event didn’t ask him about the leaked draft opinion, but not surprised by the absence of questions about his comments on the court’s legitimacy.

Such forums are normally “anodyne,” McConnell said. “The old fashioned, long-standing view is opinions speak for themselves” and judges don’t talk about them.

(Updates with details of Dobbs vote in 10th paragraph.)