The Pentagon said it will rely heavily on commercial industry under its newly released strategy to move the military quickly toward artificial intelligence.

The military will be looking particularly for off-the-shelf AI algorithms and models over the coming years as it aims to revolutionize how it handles data and builds up its own expertise within the services, said Lt. Gen. Jack Shanahan, director of the Joint Artificial Intelligence Center at the Pentagon.

The strategy was made public Tuesday following the completion of a classified version last summer. It lays out how the Joint Artificial Intelligence Center will lead and coordinate AI pilot projects across the Defense Department that include using drones to improve firefighting in places such as California. 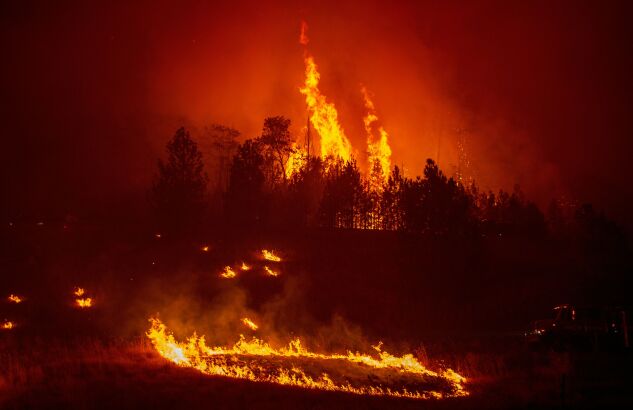 “We do see commerciality as the center of what we are trying to do when it comes to the actual algorithm piece of this,” Shanahan told reporters. “We know that the department has to build a lot more expertise over the next decade of people that have the coding skills that we are looking for. Absent that sort of foundational level of expertise, commercial solutions are available for most of the problems that we’ve discovered in the past and we know we’ll discover in the future.”

The center, know as JAIC, has already started some pilot projects. But the type of coordinated shift to artificial intelligence detailed in the strategy and more widespread contracting will likely depend on funding in the forthcoming fiscal 2020 defense budget. The Pentagon’s budget request may be released next month.

For now, the AI budget being coordinated by JAIC is $90 million for the current fiscal year and there will be a request for an increase in spending, though final details are still being worked out, Shanahan said.

“The increasing attention on this is having all the services look at how they invest for fiscal year 20 and beyond,” he said.

So far, the vast majority of industry has been enthusiastic about working with the military on artificial intelligence, Shanahan said. One major exception was .'s Google, which backed out of bidding for the Pentagon’s $10 billion cloud-computing contract partly because of concerns from its workers over AI ethical standards.

The firefighting improvement project is one of the initial AI pilots that the Pentagon. The project is seen as a humanitarian effort aimed at saving lives and property by better identifying fire lines with data from manned aircraft and drones.

That initial work could help attract commercial vendors and ease any concerns over the ethics of AI in defense and warfare, Shanahan said.

The bigger question for most of industry might be where the Pentagon will be putting any future funding for an AI effort that spans the department and every service.

“When it comes to industry itself and the Pentagon, it’s really about where are the resources and where are those resources going to be made to make strategic investments,” said Wesley Hallman, senior vice president of policy at the National Defense Industrial Association. “A strategy is going to speak to that but then we are going to see how it is implemented.”