The is making an “unconscionable” move by trying to compel arbitration in a lawsuit alleging widespread racial bias in team front offices, a lawyer for former head coach said.

Lawyer said in a hearing in Manhattan federal court on Monday that arbitrating the claims would not be fair because, under league rules, NFL Commissioner would decide the case. 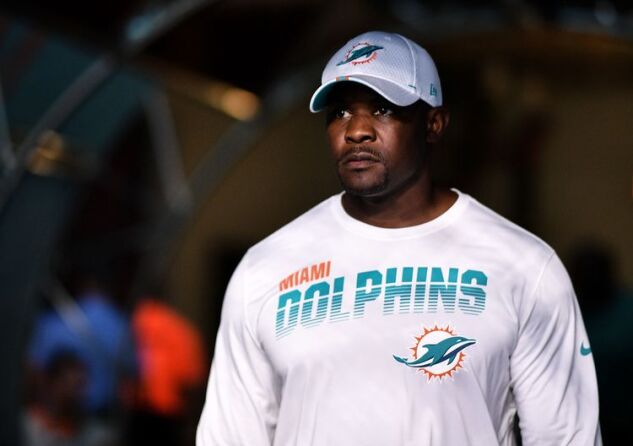 Wigdor told U.S. District Judge she should reject the arbitration bid and also said plaintiffs were entitled to seek evidence “that would show the unconscionable bias of the arbitrator.”

Flores sued the NFL, the Dolphins, and in federal court in New York in February, alleging the league actively discriminates against coaches of color and fails to live up to the so-called Rooney rule that requires teams to consider minority candidates for coaching and executive positions. Two more Black NFL coaches, former head coach Steve Wilks and onetime defensive coordinator Ray Horton, joined the suit in April.

, an attorney for the NFL, said at the hearing that all of the claims in the suit are covered by individual team arbitration agreements that also incorporate sections of the league constitution which detail how such proceedings are conducted.

The plaintiffs claim, in many instances, they were given to sham interviews for coaching jobs just to comply with the Rooney rule. Wigdor said those claims aren’t subject to arbitration because they were interviewing for job and didn’t yet have a contract, Wigdor said.

Caproni ordered the two sides to meet and decide if limited discovery is warranted before the league files its motion to compel arbitration, which is due June 21. She urged the two sides to consider resolving the case out of court, saying the suit seems “a case that would benefit from settlement.”

Wigdor said the coaches don’t want to meet without a neutral third party. “We’re not prepared to meet with Commissioner Goodell,” he said.