Many of the potential Democratic Party challengers to President Donald Trump in the 2020 election are pushing proposals to tax the rich.
Photographer: Scott Eells/Bloomberg

Litigation finance has become a multi-billion-dollar industry that is drawing the attention of the country’s largest law firms. In a new video, Bloomberg Law’s Roy Strom explains how the business of betting on lawsuits has grown and what speed bumps are in its path.

Questions: The industry still has its skeptics. They argue that investors’ interests in lawsuits should be disclosed and they raise fears that the moneyed interests behind a case will exert control over a plaintiff’s decisions.

Answers: “Some level of disclosure will certainly become part of the regulatory landscape in the coming years,” Maya Steinitz, a University of Iowa professor, tells Bloomberg Law. See the video here. 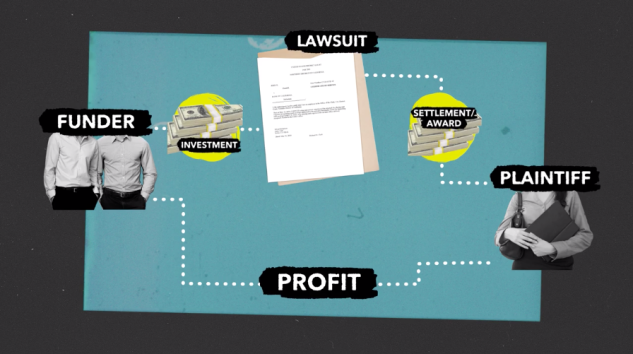 Industry analysts agree the projected $85 billion number recently put forward as the “addressable market” for litigation finance is much too high, but offer no overall consensus.

Ogletree Deakins, Female Lawyer Tell Court Sex Bias Suit Dropped
Ogletree Deakins and a female attorney who in 2018 hit the firm with a proposed $300 million sex bias class action told the Central District of California she has agreed to dismiss her remaining claims.

Sedgwick Bankruptcy Plan OK’d, 47 Partners to Pay $1.9 Million
A group of 47 former Sedgwick partners will soon pay $1.9 million of their former compensation and capital payments to settle claims that were part of a bankruptcy plan accepted by a federal judge.

PACER Fee Battle Pits Nonprofits, Supporters Against Government
Three nonprofits will ask the Federal Circuit next week to consider a Goldilocks question: whether fees the government charges to access court records are too high, too low, or just right.

Wisconsin Judicial Official Gets Reprimand for Not Recusing
A Wisconsin circuit court commissioner received a public reprimand by the state supreme court for presiding over cases of a close personal friend and for addressing a defendant in a case with anger and sarcasm.

Arizona Takes Next Step Toward Scrapping Law Firm Ownership Rule
Arizona officials have taken the next step toward becoming the first state to scrap law firm ownership rules in an effort to increase access to justice.

Washington Prosecutor’s Office Disqualified in Murder Case
An entire county prosecutor’s office must be disqualified in most Washington state cases where the elected prosecutor who leads the office has previously represented a criminal defendant in the same case or a related one, the Washington Supreme Court said in a murder case.

Clarence Thomas in Spotlight Like Few Other Justices
A newly released Clarence Thomas documentary nudges the Supreme Court justice further into the public spotlight where few of his colleagues past and present have ever ventured.

N.Y. Bar Association Says State Should Legalize Pot
The New York State Bar Association’s policy-making body approved a report from its Committee on Cannabis Law outlining recommendations for legalizing adult use cannabis in the state, and providing suggested implementation strategies, according to a news release.

INSIGHT: Why Are Supreme Court Justices Registered as Democrats and Republicans?
Most U.S. Supreme Court justices are registered with a political party. But does that call into question their independence, especially in this election year? Gabe Roth, director of Fix the Court, discusses his group’s new research on the justices and suggests renouncing party affiliation would separate them from politicians.

INSIGHT: Economic Sanctions and Export Controls Update Q4 2019
The fourth quarter of 2019 included significant regulatory and policy developments related to economic sanctions and export controls. Kirkland & Ellis attorneys discuss these actions and what they may indicate about trends and takeaways in 2020.

INSIGHT: SEC Shareholder Proposal Muffles Main Street Voices
Investors who want better social, environmental, and governance practices in companies and believe in a strong investor voice should be concerned about the SEC’s proposed rule to amend the process for shareholder proposals to be included in a company’s proxy statement, writes Lisa Woll, CEO of US SIF. She says the rule will silence the small investor voice and is contrary to the SEC’s purpose of protecting investors.