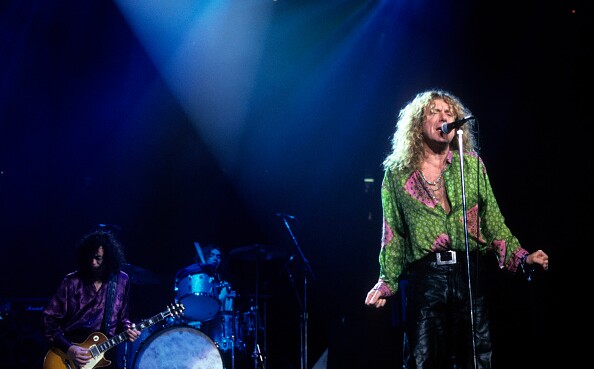 The U.S. filed an amicus brief at the Ninth Circuit supporting Led Zeppelin in a copyright case involving “Stairway to Heaven.”

The relevant part of the rock band Spirit’s song “Taurus” is entitled “at most” to thin copyright protection, and “Stairway” isn’t “virtually identical” to it, the brief said.

Spirit guitarist Randy Wolfe sued Led Zeppelin for allegedly stealing elements of “Taurus” in the opening guitar riff of “Stairway to Heaven.” A jury found that Zeppelin didn’t infringe Wolfe’s copyright after comparing the sheet music of the two songs. The trial court ruled that the jury couldn’t hear the recording of “Taurus,” reasoning that at the time the song was written, copyright protection only applied to sheet music, not sound recordings.

The U.S. Court of Appeals for the Ninth Circuit revived the case in 2018. It said that the district court erred by not instructing the jury that the selection and arrangement of unprotectable musical elements can be copyrighted, and that playing the recording during the questioning of Zeppelin guitarist Jimmy Page would have been probative to whether Page had access to the composition. The en banc Ninth Circuit has agreed to review the decision.

The government agreed with the jury that “Stairway to Heaven” doesn’t infringe Wolfe’s copyright. The parts of “Taurus” at issue “consist of the use and placement of a combination of basic and not copyrightable elements” that are only entitled to “thin” copyright protection, if any, the brief says.

“Given that the arrangement at issue here would be eligible, at most, for thin copyright protection, and given that no reasonable jury could conclude that the passages are virtually identical, there is no basis for setting aside the jury’s verdict,” the brief says.

The government said the court “correctly resolved the first issue, concluding that the copy of the work deposited with the Copyright Office defines the scope of the copyright,” the brief says. Although Wolfe “composed, performed, and recorded a more extensive version of Taurus than is reflected in the deposit copy,” the “registration at issue in this litigation did not secure federal copyright protection for that work,” according to the brief.

The U.S. Copyright Office and Department of Justice were on the Aug. 15 brief.

(Corrected the Ninth Circuit panel's opinion on whether the jury should have been allowed to hear the "Taurus" recording in this Aug. 15 story.)