Preston Fregia has wanted to be a lawyer since he was 11. For a year the Chicago native woke up at dawn every day to study for the Law School Admission Test before heading to his full-time job as a recruiter for a staffing company.

Then the pandemic struck, and lots of other people decided they wanted to go to law school too.

The number of applications to U.S. law schools for admission this year has surged 28% from last year, according to the Law School Admission Council (LSAC), a nonprofit group that administers the test. Applications this year were at their highest level since 2011, and that’s creating heartache for students facing more competition and higher scores. It’s also complicating admissions at law schools, which in some cases have resorted to asking accepted students to defer. 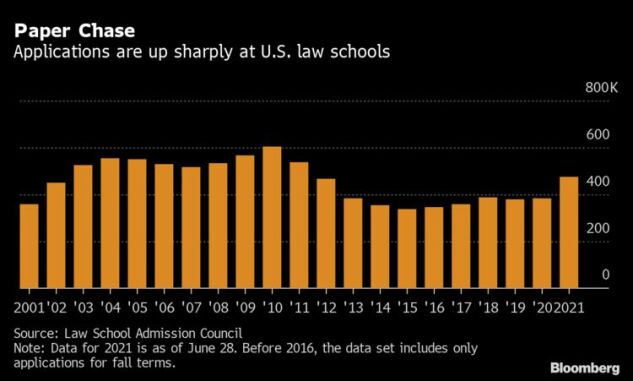 Part of the increase can be credited to the traditional attractiveness of graduate school in an economic downturn, since much of the explosion in applications took place during the pandemic’s plunge in employment. But admissions counselors are pointing to other factors, including a focus on policing and the justice system since last year’s murder of George Floyd, the energizing effect of an election and, simply, the lack of other things to do while the nation was locked down to stem the spread of the coronavirus.

These factors allowed, or forced, law schools to be “much, much pickier,” said Anna Ivey, founder of Ivey Consulting, a college and law school admissions consulting firm, and author of “The Ivey Guide to Law School Admissions.”

Graduation can’t come quickly enough for some law firms, which have been engaged in a to attract and retain talent. Base annual salary for a first-year law graduate has jumped to as much as $205,000 at the larger U.S. firms, up from $190,000, where it had hovered since 2018, according to Biglaw Investor. Firms are also offering signing bonuses and other cash windfalls to lure attorneys into what’s often a punishing 100-hour workweek.

Aspiring lawyers like Fregia, a 2019 graduate of the University of Southern California who put in 40 hours a week of LSAT prep, have faced an extra complement of rivals. All but 10 of the 200 law schools the LSAC tracks saw their applications increase, and those applicants are brandishing sky-high LSAT scores, with the number of students scoring in the highest, 175-to-180 range more than doubling from last year. As of the June administration, the number of people taking the LSAT was twice that a year earlier, according to LSAC data. 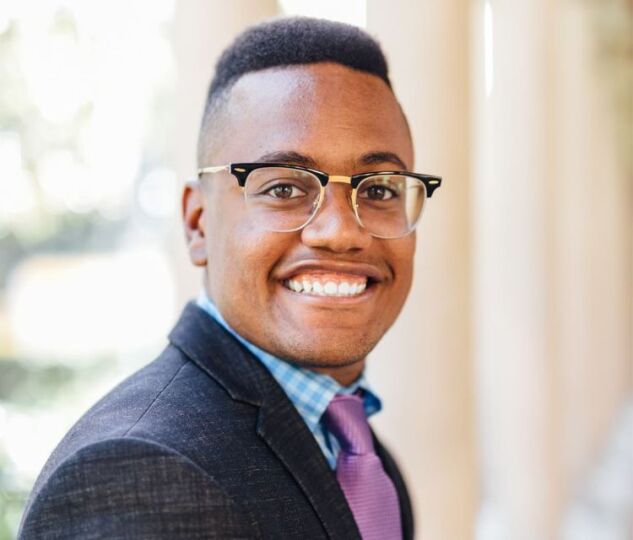 As Covid-19 shut down the economy, Fregia lost his job and, with it, his tutoring. He’d heard that applications were up and scores were higher, so he applied early and to 22 schools. Even after he started getting acceptances, he said, it was easy to fall down the Reddit “rabbit hole” of dire consequences for applicants who don’t get in to a top school.

“Psychologically it was a nightmare,” Fregia said.

At Harvard Law School, Chief Admissions Officer ’s office received more applications than ever before. Due to Covid restrictions, hours that Jobson normally spent jetting around the country to meet with student groups and promising prospects were dedicated to plowing through the pile.

“I’m having flashbacks to waking up at 5 a.m. to read applications,” Jobson said.

They came in earlier than usual, with a huge burst right out of the gate when Harvard’s application period opened in September. Yale Law School also saw a record number of applications this cycle. 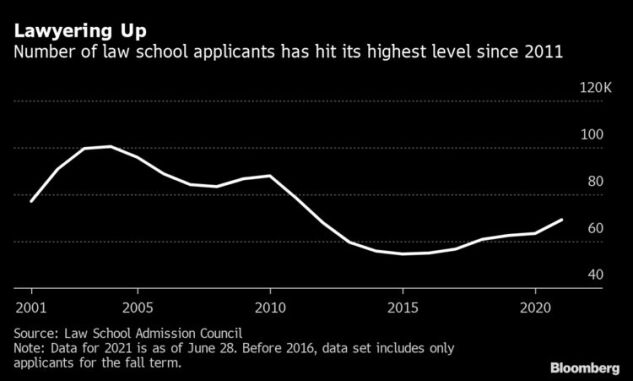 To ease the extra anxiety of applicants dealing with the challenges of the pandemic, Harvard pushed back the start of admissions to January from December, which also meant extra time to cull the flood of applications. After the school saw that application volume would “shatter all the models” that help it forecast its yield, or the percentage of admitted students who accept an offer, it admitted conservatively to stay within its target class size of 560 students even as yield increased, Jobson said.

Some other schools are dealing with overenrollment and in some cases have incentivized deferral. Law schools at the University of Texas at Austin, Duke University and the University of North Carolina at Chapel Hill are among those that have grappled with the surge in applications.

While it was a great year for applications, it was also a heartbreaking one, Jobson said.

“I can’t believe who we said no to this year,” she said.

“When the economy is bad, people go to graduate school,” she said.

It wasn’t just law school applications. Medical schools, too, saw interest spike, with applications at an all-time high last year, the Association of American Medical Colleges said, and overall graduate student enrollment went up 4.6% for the 2021 spring semester from a year earlier, the latest data available, according to the . Applications to business schools around the world , reversing a 3.1% decline in 2019, according to data from the Graduate Management Admission Council, as people sought to improve their job and pay prospects amid the uncertainties of the pandemic, GMAC found in a survey. 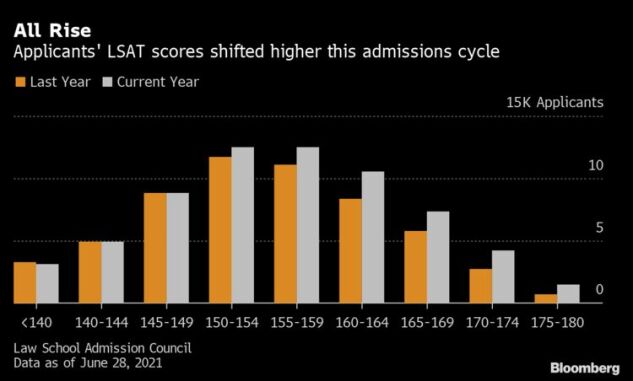 Recessions can cut both ways. Interest in law school had been waning for several years amid a legal job market pinched by an earlier economic downturn. Applications ticked back up as the election of Donald Trump as president spurred young people to enter the law, Ivey said. Within the first few months of the pandemic and certainly by last summer, a sharp increase was evident, said , executive vice president for operations of the LSAC.

Harvard saw a marked increase in applicants expressing interest in health- and voting-related areas of the law. After conversations with thousands of students, Jobson has identified four possible reasons for the increase, though she cautions that they’re just theories.

One is that an election year “energizes people,” especially those interested in policy. A second is that the pandemic made social and economic injustices starker. Third, and more particularly, was Floyd’s murder. And fourth, many young people graduating from college faced shakier employment prospects. Then, too, some people just had more time on their hands during the lockdown and could think about what they wanted to do with their lives, as well as to study more for the LSAT, Ivey said.

Krinsky said people “may have lost other opportunities, internships kind of closed down, a lot of jobs were lost or were eliminated. So if you were even thinking that ‘You know, I might want to go to law school someday,’ well, someday came, because you didn’t really have an alternative, and you had time to think about it and time to prepare.”

Fregia, the USC graduate, was nervous about the test, which was remote due to Covid. He put on music, and his parents left the house so he could have the place to himself. He said some prayers and started in.

His efforts paid off. The 24-year-old is set to attend top-tier Columbia Law School in the fall. A political science major, he has always been interested in social change, and said his grandfather, once a sharecropper, earned a Ph.D. at the University of California at Berkeley.

Fregia, who grew up a few blocks from then-senator Barack Obama’s home in Chicago’s Kenwood neighborhood, said he was drawn to the law after he attended an Obama presidential campaign event in 2008 in a park on the South Side.

“I saw how he electrified the crowd,” Fregia recalled. “It was right then and there where I decided that whatever job he had, I wanted.”

To contact the author of this story:
in New York at bbradham@bloomberg.net

To contact the editor responsible for this story:
at dglovin@bloomberg.net