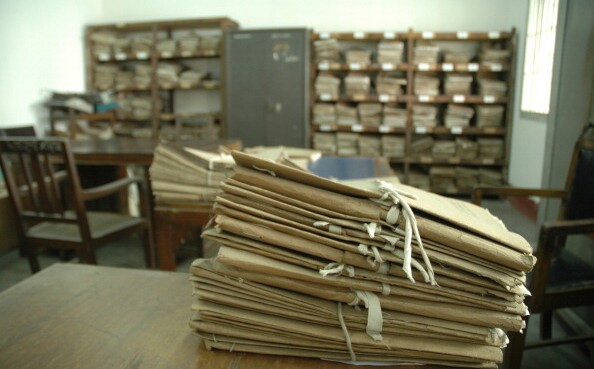 Superior court judges in Washington state who disagreed with their clerk about transitioning from paper to electronic files and who ultimately appointed a special prosecutor to pursue civil claims against the clerk can’t do so with taxpayer funds, the state’s highest court ruled.

While “the judges are free to sue the clerk, they must do so at their own expense,” Judge Madsen wrote Aug. 7 for the Washington Supreme Court, which held that the order was invalid.

Franklin County, Washington, implemented a paperless filing system for the superior courts in 2018.

Killian refused because his budget wasn’t big enough for it. He also “deemed it unnecessary to maintain duplicate paper files as no one had accessed the existing paper files for over a year,” the court said in its opinion.

The judges declared an emergency and issued an order directing clerks to keep paper files.

After Killian again refused, they threatened to sue him.

A special prosecutor, W. Dale Kamerrer, was assigned to the judges with the hope they could settle the dispute. Instead, the special prosecutor filed suit. The county prosecutor then directed Kamerrer to halt the lawsuit in part due to a lack of funds.

Kamerrer asked the board of county commissioners to appropriate funds for the case but it declined. The county prosecutor then revoked Kamerrer’s special appointment status.

The judges subsequently signed an order appointing Kamerrer as their counsel in a case against Killian, citing a state rule as their authority to do so.

In its discretionary review of the order, the state high court found that the rule didn’t provide the judges with such authority.

The law says that the court can appoint a temporary replacement for the prosecuting attorney when temporarily unable to perform the duties “from illness or other cause,” the court said.

But the prosecutor isn’t required to sue a county official at the request of another county official, so this isn’t a question of “conflict or disability that would trigger the availability of a court appointed special prosecutor” under the law, it said.

“Under the somewhat unusual circumstances here, the appropriate remedy is to vacate the appointment order, leaving the respondents free to pursue their separate mandamus action against the county clerk, but not at taxpayer expense,” the court concluded.