Greg Shumaker has a lot in common with Stephen Brogan, the man who hand-selected him to take the reins at influential law firm Jones Day.

Shumaker joins an exclusive club as the firm’s next managing partner: Only eight people, including Brogan, have been tapped for the role in Jones Day’s 130-year history.

Both men are Washington-based litigators who have spent decades in the nation’s capital. They’re also Jones Day lifers, and active University of Notre Dame alumni who help steer the Catholic school’s direction.

Starting next year, they’ll both have served in arguably the most powerful Big Law leadership position. The Jones Day managing partner role comes with the sole authority to set salaries for more than 2,400 lawyers, select who is eventually next in line to lead the firm, and make a wide range of other decisions that most firms handle by committee instead.

Shumaker takes over after the firm’s turn in the spotlight as close adviser to Donald Trump and amid the former president’s bid to return to the White House. He will have to fill the shoes of the man who has controlled Jones Day for the last 20 years.

Jones Day is famously private. It declined to make anyone available to discuss Shumaker’s promotion or even to provide his and Brogan’s ages.

Shumaker is largely cut from the same cloth as Brogan, according to four former partners who described his selection as a “natural” and “safe” choice. He’s unlikely to usher in any drastic changes, they said, speaking anonymously to protect ties to their former employer.

Shumaker’s style, the sources said, is slightly softer around the edges than the hard-nosed Brogan, who has been described as an intimidating presence in the DC office. Shumaker is considered more approachable, particularly among junior partners, the sources said. 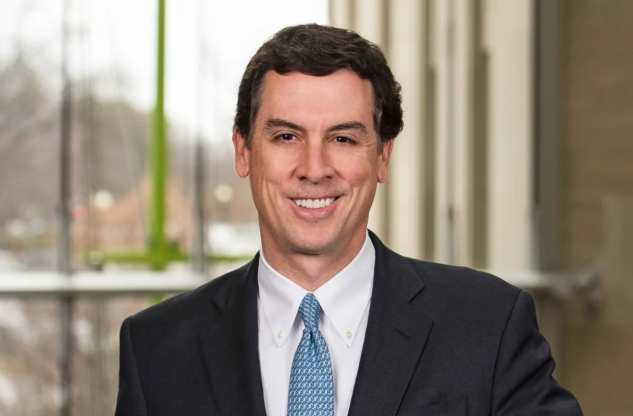 Like Brogan and the other Jones Day leaders before him, Shumaker is a Jones Day lifer. He started at the firm as a summer associate and has spent his entire career in Jones Day’s Washington office, in the shadows of the US Capitol.

“There is no one more committed to Jones Day as an institution than Greg Shumaker,” said one former partner. “He and Steve are very similar people with very similar backgrounds.”

Shumaker currently serves as head of Jones Day’s global disputes practice of more than 200 lawyers. He previously was partner-in-charge of its Washington office, the same position Brogan held before being promoted to run the firm in 2002.

Shumaker has been involved in some high-level matters for clients but is best-known inside the firm for holding various leadership positions. He was widely seen as a Brogan acolyte, prepped as a possible successor through running the DC office and overseeing recruiting across the firm.

His brother, Mike, is a Jones Day lawyer who has served as the firm’s administrative officer since 2010.

Other partners believed to be considered for the managing partner job included Traci Lovitt, a woman who leads the firm’s highly regarded issues and appeals practice, and Kevyn Orr, the firm’s US managing partner who served as Detroit’s emergency manager during its massive bankruptcy.

Shumaker graduated from Brown University in 1984 and Notre Dame Law School in 1987. That puts him on the older end of the spectrum for the managing partner job, sources said.

Jones Day managing partners were once mandated to retire by age 65. Brogan’s predecessor, Pat McCartan, was the first to extend his tenure beyond the cutoff and Brogan has since served well past that mark, though the firm has never confirmed his age.

Shumaker is married and the father of four children, he said in a 2013 interview with the Legal Times. He said in the interview that he coached all three of his daughters’ Catholic Youth Organization basketball teams.

“That perhaps feeds into the love of sports,” Shumaker told the Legal Times, noting that he grew up a Philadelphia sports fan but switched his allegiances when he arrived in Washington.

Shumaker’s ties to Notre Dame make him at least the third Jones Day managing partner with connections to the Catholic university in South Bend, Indiana.

Notre Dame alums litter the firm’s roster, particularly in the DC office. That’s led some lawyers to joke that the Jones Day partnership agreement may eventually be amended to require them to send their children to the school.

McCartan—Brogan’s predecessor, who died in 2020—served as chair of Notre Dame’s board of trustees from 2000 to 2007. Brogan was named a university trustee in 2007 and still holds that position.

Shumaker has been a member of the board of directors of the Notre Dame Law Association since 2002 and served as its president from 2008 to 2009.

The Notre Dame connection spilled into legal work in 2012, when Jones Day represented a large group of plaintiffs, including the university and the Roman Catholic archbishop of Washington DC, in a challenge to Obamacare’s contraceptive mandate.

The sprawling group of plaintiffs settled the lawsuit in 2017 after the Trump administration gave religious organizations broader exemptions to contraception requirements. Jones Day received $3 million in legal fees as part of the settlement, Buzzfeed News reported in 2018, after originally asking for $29 million.

The Trump administration was staffed with more Jones Day lawyers than any major law firm. Many have since returned to Jones Day, including former White House Counsel Don McGahn and former Solicitor General Noel Francisco.

Jones Day served as an outside counsel for the 2016 and 2020 Trump presidential campaigns, as well as various Trump-affiliated political action committees.

The firm earned more than $15 million for that work between 2015-2020, according to Federal Election Commission filings. Trump-affiliated PACs paid the firm nearly $1 million for legal services in 2021 and roughly $180,000 through the first three quarters of this year, according to FEC filings.

The firm’s work for the Trump campaign and Republican party has sparked criticism from some of its own lawyers, particularly in the wake of the Jan. 6 riot on the US Capitol.

Shumaker will likely have the power to determine the extent to which the firm will be involved in representing any political campaigns, including Trump’s.

Jones Day did not respond to a request for comment about whether it planned to advise Trump’s 2024 campaign, which he announced this week.

For his part, Shumaker has made one direct donation to a federal campaign, according to public records. He gave $1,000 to the 2010 campaign committee for Nevada Democrat Harry Reid, the former Senate Majority Leader.

To contact the reporter on this story: in Chicago at rstrom@bloomberglaw.com; in Washington at jwise@bloombergindustry.com