Crowell & Moring LLP attorneys Sarah Gilbert and Honor Costello examine a crackdown by the Department of Justice and courts on settlements in frivolous class action lawsuits.

When Subway faced a class action over its “footlong” sandwiches coming up short, a quick settlement seemed like a good bet. Instead the case became a memorable example of how the courts and the Justice Department are cracking down on settlements that often do little more than generate easy money for plaintiffs’ attorneys.

One of the most famous examples of this trend is the proposed settlement of class action lawsuits filed after a picture of a Subway “footlong” sandwich measuring less than 12 inches went viral. The lawsuits claimed the sandwich company engaged in deceptive marketing and sales practices. But the company quickly provided discovery showing it used the same amount of dough in each “footlong” roll. Thus, any variation in length of the rolls was merely a fluke of the baking process and not an indication that consumers were receiving less food.

For obtaining these concessions, plaintiffs’ attorneys were to receive more than $500,000 in fees. 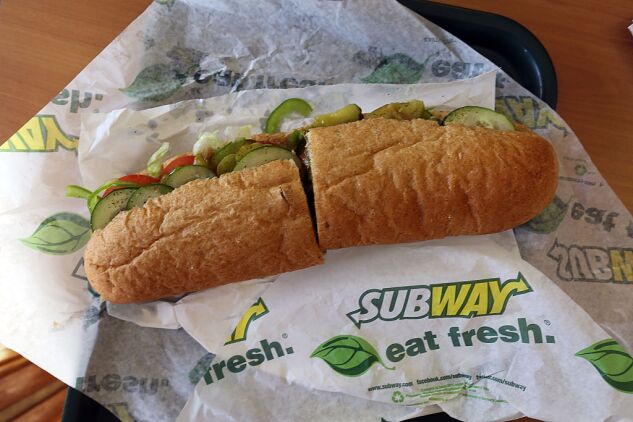 No Benefit to Class

Subway, like many companies, embraced the opportunity to quickly settle a meritless lawsuit for only the cost of legal fees and a few minor business changes. But the U.S. Court of Appeals for the Seventh Circuit, one of a number of increasingly skeptical courts, rejected the settlement because it provided “zero benefits for the class,” noting “[a] class settlement that results in fees for class counsel but yields no meaningful relief for the class is no better than a racket.”

Courts are not alone in turning a more critical eye on proposed class action settlements.

Soon after, the DOJ made good on its promise and issued a statement of interest opposing a proposed consumer class action settlement in federal court in New Jersey. Again, the concern was that class counsel was receiving $1.7 million for a settlement of dubious value to consumers. The plaintiffs claimed that an online wine retailer had misled them by showing very high “original” prices for bottles of wines, leading consumers to believe they were getting a better discount. However, as the DOJ pointed out, the plaintiffs “actually received the products they ordered at the prices to which they agreed.”

But even assuming the plaintiffs could show they suffered a loss, the proposed settlement offered only rebate codes that would allow a plaintiff a $2 discount per bottle of wine purchased from the defendant. The DOJ determined that, either way, the settlement was not fair.

The court agreed and ultimately rejected the settlement.

With courts and the DOJ viewing class settlements more stringently, companies should carefully consider whether a settlement that appears to be an easy way out is truly the best approach.

Such settlements may prove a waste of time and resources if they are challenged by the DOJ or ultimately rejected by the court. Although plaintiffs’ attorneys could withdraw their claims following a rejected settlement, often companies are faced with months or even years of continued litigation. And even if the settlement survives the increased level of scrutiny, it will not necessarily reduce the risk of similar lawsuits by plaintiffs that were not bound by the agreement.

Instead, companies should determine whether, even if more costly in the short term, they may ultimately have more to gain from seeking a dismissal of the action on the merits.

If companies still decide to settle, they should avoid the hallmarks of settlements that were found not to provide benefits to the class. If the value to the class involves only business practice changes, the companies should make certain to include changes that were not already in place before the settlement and that will materially reduce the risk of harm to consumers.

And instead of offering consumers coupons, which have limited value because customers need to spend money to get the benefit, companies should offer them small credits instead. Apple showed benefit to its customers when it settled a 2016 class action lawsuit by agreeing to pay $400 million to consumers who bought e-books at an inflated price by automatically crediting their e-book accounts.

Given the increased scrutiny on class action settlements, a more thoughtful approach to settlements that seem like a quick fix could save companies time and money in the long run.

Sarah Gilbert is a partner at Crowell & Moring’s New York office and a member of the firm’s Litigation Group.

Honor Costello is counsel at Crowell & Moring’s New York office and a member of the firm’s Litigation Group.