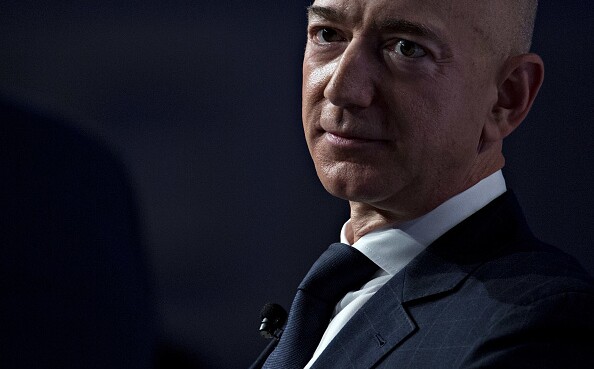 Given the high stakes and keen interest in the divorce settlement of Amazon CEO Jeff Bezos and Mackenzie Bezos, Sally Pretorius, with KoonsFuller Family Law in Dallas, says keep an eye open for an upcoming Securities and Exchange Commission Form 4 for a glimpse into his transfer of Amazon property. “For all of us busybodies out there,” she writes, the specific changes in ownership will be public information at the SEC.

The impending divorce of Jeff and MacKenzie Bezos may be a hot topic in the social media outlets, but in the private equity and financial market, it is an even bigger one.

According to the 2018 Forbes List of Billionaires, Jeff Bezos is the “Richest Person on Earth,” owning 16 percent of Amazon.com Inc. with a real time net worth of $140 billion as of Jan. 20.

Much of his net worth comes from his ownership in Amazon and the purchase of The Washington Post. So naturally people are wondering: How much will Jeff and MacKenzie each receive in the divorce? Will Jeff Bezos be stripped of his Richest Person on Earth title? What will happen to the stock of Amazon? Will MacKenzie Bezos join the mega billionaire ranks?

While there is no magic eight ball or exact formula to determine what the terms of the divorce settlement will be, the law sets forth guidelines for what the division will be. The question then turns to “What are those terms?”

Most high-net-worth divorce settlement terms are kept confidential, and details can only be gleaned from changes in ownership of property. But inquiring minds want to know: Is there a way to know what the terms of the Bezos’ divorce may be? The answer is, “Very very likely.”

Typically, in order to get any details about confidential divorces and their settlements, we look to deed records, changes in physical possession of property or changes in ownership of property to determine any details of a divorce. The Bezos’ community estate is mainly comprised of assets as opposed to cash. According to Bloomberg data, most of the Bezos’ fortune is vested in ownership of 16 percent of Amazon stock (approximately $129 billion) and approximately $2.5 billion in cash.

Based on public information, we know there is not enough cash in the community estate to buy out MacKenzie from one-half of the Amazon stock, and MacKenzie is unlikely to agree to an unsecured payout of $83 billion. Thus, the only feasible way to effectuate a fair and equitable division of assets would be a transfer of Amazon stock directly to MacKenzie.

Because Amazon is a publicly traded company, Jeff Bezos must comply with certain requirements by the Securities and Exchange Commission. Specifically, pursuant to Section 16 of the Securities and Exchange Act of 1934: any person who is the beneficial owner, directly or indirectly, of more than 10 percent of any class of equity securities must file what is called a “Form 4” with the SEC before the end of the second business day following the day of a change in beneficial ownership of those securities.

Because SEC filings are public, for all of us busybodies out there, upon the finalization of the divorce and within two business days of the actual division of the stock, we will be able to view the specific changes in ownership. When the assets are transferred into MacKenzie’s name alone, she is in line to be within the top 10 billionaires on the Forbes List of Billionaires herself.

Speculators and major new outlets are not predicting any change in value of the Amazon stock given the divorce as Jeff Bezos is the CEO and founder of the company and is not a majority shareholder at his current level of stock ownership. But keep your eyes peeled for news of an upcoming Form 4 for a glimpse into the divorce settlement terms, then we be able to understand what each party was awarded in the divorce and if room needs to be made on the Richest Person on Earth list for MacKenzie.

Sally Pretorius is a shareholder at KoonsFuller Family Law in Dallas. Her practice focuses on divorce, including buy/sell and other entity agreements; complex property division; child custody litigation; and child support matters. She is Board Certified in Family Law by the Texas Board of Legal Specialization and has received many notable accolades, including being named among The Best Lawyers in America© in family by Best Lawyers and Co. LLC (2018) as well as honored as a 2018 Top 50 Women in Texas Super Lawyer by Thomson Reuters.