Attorney for the President, Rudy Giuliani, speaks at a news conference in the parking lot of a landscaping company on November 7, 2020 in Philadelphia.
Photographer: Bryan R. Smith/AFP via Getty Images

, the lawyer picked by President to lead his post-election legal battles, sought court permission to appear for the Trump campaign in its lawsuit to block certification of President-elect ’s victory in Pennsylvania.

Giuliani filed an application to join the case hours before a hearing is set to start before U.S. District Judge in Williamsport, Pennsylvania. The request comes a day after campaign lawyer Linda Kerns withdrew from the litigation, and days after the law firm walked away from the case. 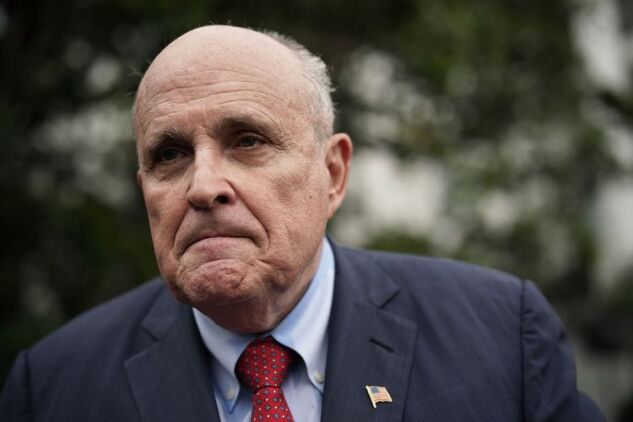 Brann, an appointee of President , will hear arguments on Pennsylvania’s motion to dismiss the suit, which seeks to block the state from certifying the election result unless thousands of mail-in ballots from Democratic-leaning counties are tossed out. The campaign claims the counties improperly allowed voters to fix errors on the ballots before Nov. 3.

It’s not clear if Giuliani, the former mayor of New York and a onetime federal prosecutor, wants to actually argue before Brann. Kerns said on Monday that Pennsylvania lawyer Marc Scaringi would take over the case. Giuliani discussed the case on Fox News Tuesday morning, saying the Williamsport case would be the campaign’s “first established vehicle” to get its election claims before the U.S. Supreme Court.