A lawyer was grilled by a judge about the network’s extensive coverage of false claims that the voting technology firm conspired against in November’s presidential election, as Fox seeks dismissal of a $2.7 billion defamation lawsuit.

At a hearing Tuesday in Manhattan, Justice David Cohen asked Fox to explain why former anchor repeatedly claimed on air in November and December that there was new, “groundbreaking” evidence of voter fraud even after U.S. officials had debunked such claims.

“That is clearly his opinion,” Fox News attorney said. “It was a widely shared opinion at the time.” 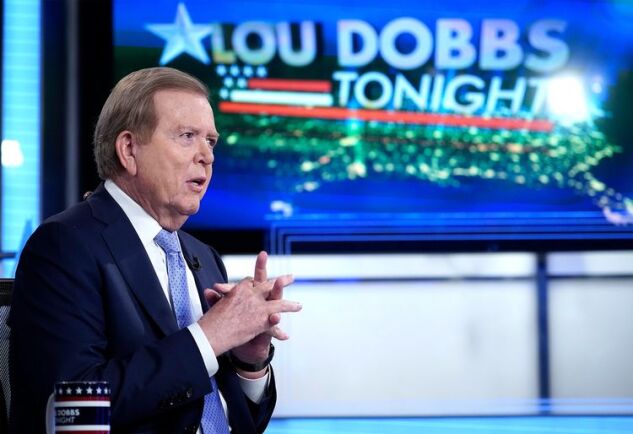 Fox argues that remarks by Dobbs, as well as by and , are constitutionally protected speech. It also argues they were reporting fairly on claims being made on air by Trump lawyer and former Trump campaign attorney , who are also named in the suit.

At the time, Giuliani and Powell were claiming to “essentially have mountains of evidence -- evidence coming out of a fire hose,” Clement told the judge.

None of the defendants so far have presented evidence that the claims were accurate. Even so, millions of Americans continue to believe Trump’s allegation that massive voter fraud led to his defeat -- claims that helped trigger the deadly Jan. 6 assault on the U.S. Capitol by a mob of Trump’s supporters.

Fox has moved to dismiss a similar suit by , whose technology is used in dozens of states. A federal judge last week allowed Dominion’s suits against Giuliani and Powell to proceed, ruling they never provided evidence to back their conspiracy theory.

Smartmatic lawyer said at the hearing that Fox’s reports weren’t protected because the false claims about Smartmatic didn’t stem from coverage of a legitimate government investigation. The network did a “dance” with Giuliani and Powell to get their message out, he said.

Connolly took aim at Fox’s assertion that Dobbs has additional protection because his show was based on his opinions rather than on fact-based reporting, arguing that Fox and Dobbs “present that show as a news program.”

“Mr. Dobbs did everything he could to reinforce the notion that he and his guests were providing concrete facts to the audience members, and they were facts that other news networks weren’t telling them or the government wasn’t paying attention to,” Connolly said.

Earlier this year Fox canceled Dobbs’s nightly show but said it was part of changes that had already been in the works.

(Updates with arguments about Dobbs reports.)