Former White House Counsel has agreed to testify behind closed doors on Friday to the House committee investigating last year’s assault on the US Capitol, people familiar with the matter said.

Cipollone, who panel members say has emerged as a key witness into the activities of then President and his allies before and during the Jan. 6 insurrection, has agreed to sit for a transcribed and video-recorded interview after being subpoenaed, those people said Wednesday. 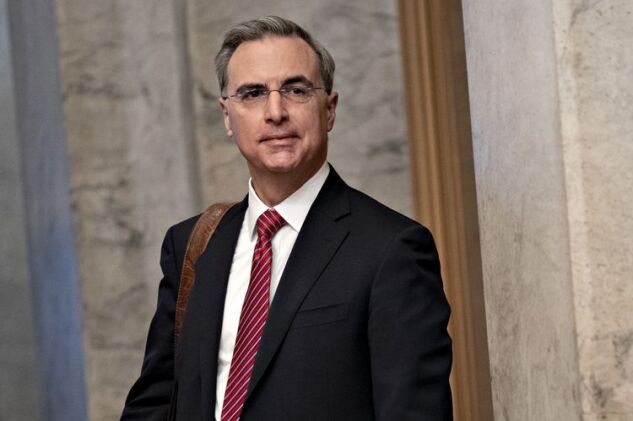 “The select committee’s investigation has revealed evidence that Mr. Cipollone repeatedly raised legal and other concerns about President Trump’s activities on Jan. 6th and in the days that preceded,” Committee Chairman said in a statement last week in announcing the subpoena.

Committee members say he was at the center of a number of events related to the Jan. 6, 2021, insurrection and Trump’s activities.

A lawyer for Cipollone, Michael Purpura, didn’t respond to a request for comment.

Cipollone did appear on April 13 behind closed doors for an “informal interview” by the committee -- which was considered off the record, the panel has confirmed.

Cipollone’s agreement to testify on the record comes with committee recognition of limitations regarding some topics based on attorney-client and other legal privileges that may be asserted and have not been publicly outlined.

His portrayal by committee members has been as a public servant who performed admirably for the nation, if not heroically, on Jan. 6 and before.

During the committee’s fourth hearing on June 21, Vice Chair , a Wyoming Republican, publicly and directly sought to appeal to Cipollone, saying, “it takes public servants, people who’ve made a commitment to our system, to defend our system.”

“Our committee is certain that Donald Trump does not want Mr. Cipollone to testify here,” she said. “Indeed, our evidence shows Mr. Cipollone and his office tried to do what was right; they tried to stop a number of President Trump’s plans for Jan. 6.”

Testimony during a public hearing last week by former White House staffer described how Cipollone had warned White House Chief of Staff and others that a scheme to block certification of ’s 2020 election victory over Trump was unlawful.

But Hutchinson provided even more dramatic testimony about events on Jan. 6, including recalling that Cipollone raised concerns about the legal ramifications if Trump were to go with the mob of his supporters to the Capitol after his rally that day.

“We’re going to get charges of every crime imaginable if we make that movement,” Hutchinson quoted him saying at the time.

There was no comment from the committee Wednesday on the status of talks for testimony from Patrick Philbin, Trump’s former deputy counsel to the president. Philbin also has been engaged in informal negotiations with the committee over testimony; he also is a partner in Cipollone’s firm, Ellis George Cipollone.

His name has come up several times during the panel’s public hearings so far. That included in testimony that he and Cipollone attended an Oval Office on Jan. 3, 2021, at which top Justice Department officials threatened to resign if Trump installed Jeffrey Clark as the acting attorney general. Trump was considering Clark for that job to help push his challenges to election results in some states.