European Union member states have received only about a third of the quarterly target for Covid-19 vaccines produced by Moderna Inc., according to a delivery schedule published by a Hungarian official on Facebook.

The bloc is slated to receive 10 million of the shots in the January-March period, with deliveries set to accelerate later in the year, the data show. That compares with just over 3.4 million distributed so far to member states since the vaccine was approved in January, according to the European Centre for Disease Prevention and Control. 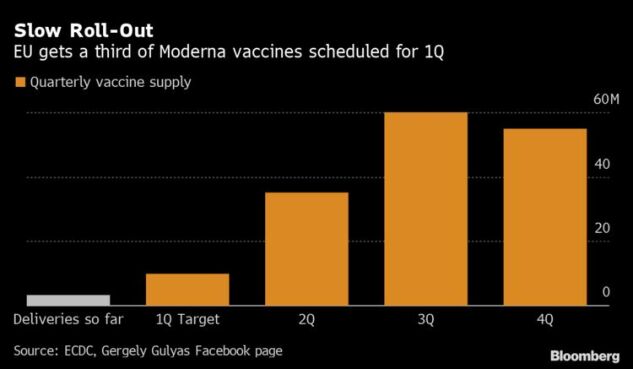 The schedule refers to the 160 million doses procured ...