Sonia Martin has been named CEO of Dentons U.S., and the Bay Area-based litigator is committing to an ambitious growth plan that the firm has said will see it become the “first truly national” U.S. law firm.

Martin will be the first woman in the Dentons U.S. CEO position, overseeing some 1,500 lawyers and business professionals in 23 offices. She has served as an office managing partner and a member of the Dentons global and U.S. boards since joining the firm as a summer associate in 1996.

Her appointment, announced Wednesday, fills a void created six months ago when the firm ousted former CEO Mike McNamara with no permanent successor waiting in the wings. The move—dropping a CEO mid-term is highly unusual in Big Law—came amid a dispute with a former partner who alleged McNamara fired him following a fight over how to split up a fee. 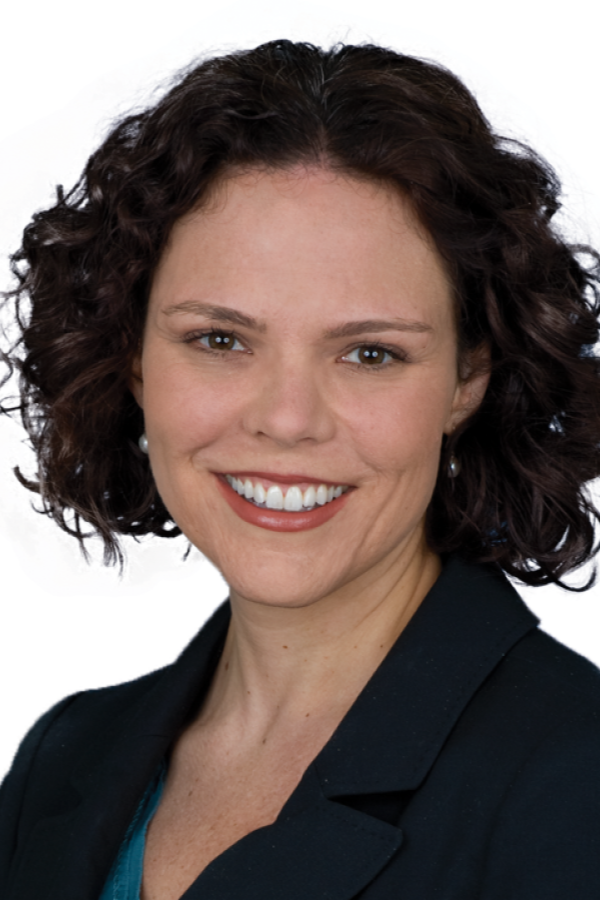 The firm’s other leaders have defended McNamara’s record, saying the decision wasn’t tied to the dispute. McNamara remains a partner at the firm, and Martin said the firm is committed to supporting him.

Dentons has for years sought to grow its U.S. business. The firm in 2020 announced a plan dubbed “Project Golden Spike” aimed at combining with law firms in U.S. cities largely overlooked by Big Law.

It has since combined with firms in five cities including Salt Lake City, Birmingham, Alabama, and Pittsburgh.

So far, those combinations have led to more than $30 million in revenue shared between member firms in the U.S. region that otherwise would have been referred outside the firm, Martin said.

“It’s been a success, and it’s been a success under remarkable circumstances,” Martin said, referring to the pandemic limiting the new partners’ ability to meet each other. “In terms of strategy, it will continue. And if anything, we’ll double down and we’ll have more announcements in the future with new opportunities.”

Martin was named vice chair of the U.S. board after it removed McNamara in July. The board selected Martin as the new CEO following a months-long review by a search committee, she said in an interview.

She will also have a role on Dentons’ U.S. “region” management committee, which includes the leaders of the five firms that have combined with Dentons. Toby McClamroch serves as managing partner of the U.S. region, which comprises 44 offices and includes more than 2,500 lawyers and professional staff.

Martin added that 2020 was “the most successful financial year” in the firm’s history, though the specific revenue and profit figures weren’t finalized. The broader Big Law market in 2020 is expected to have turned in its best performance since the Great Recession. 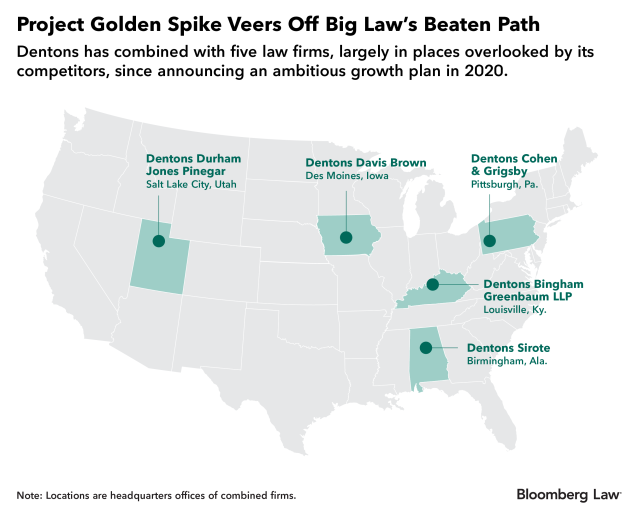 Dentons is the world’s largest law firm by headcount, with more than 12,000 lawyers in more than 70 countries. The firm is led by Joseph Andrew and Elliott Portnoy, who serve as the firm’s global chairman and global CEO, respectively.

Portnoy said growth in the U.S. remains Dentons’ “top strategic priority” and that the firm would also look to hire lateral partners outside of the Golden Spike combinations. He highlighted California and the broader West for expansion.

Dentons may have more competition for lawyers in smaller cities since the pandemic has caused some firms to make hires in places where they don’t have an office. Quinn Emanuel Urquhart & Sullivan, for instance, said its lawyers can work remotely indefinitely.

“When you see firms enter markets where they’ve not historically had a presence, it validates our strategy,” Portnoy said. “We believe there is outstanding, top-tier talent in markets around the U.S. that competitors typically have ignored.”

McNamara, Dentons’ previous U.S. CEO, has since turned his attention to building a practice representing family offices and working on issues like diversity, inclusion, and ESG, Martin said.

“He’s very much a valued partner and we look forward to supporting him,” Martin said.